Datsun Redi-Go: What to Expect? Datsun Redi-Go will have its world premiere tomorrow! Nissan revived the Datsun sub-brand with the GO hatchback in 2014 and added the GO+ in 2015....

Datsun Redi-Go will have its world premiere tomorrow!

Nissan revived the Datsun sub-brand with the GO hatchback in 2014 and added the GO+ in 2015. However, they didn’t help much in helping to the resurrected brand thrive and, soon enough, sales declined from four digits to three digits. On the brighter side, the economical brand is coming up with a new entry level hatchback christened the Datsun Redi-Go. There’s a lot riding on its shoulders as it is expected to brighten up Datsun’s sales charts in India. 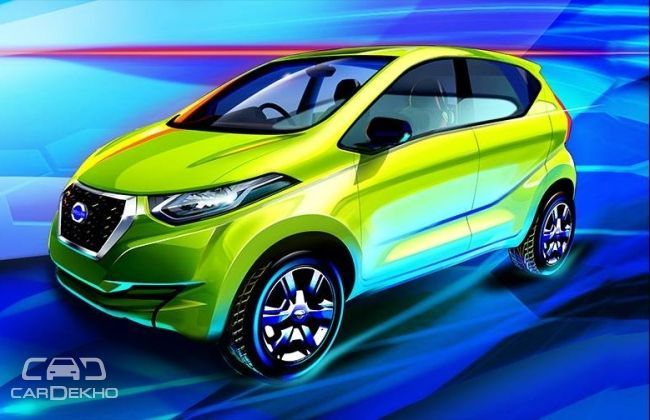 The Datsun Redi-Go is likely to be priced around INR 2.5 to 4 lakhs, similar to the Kwid’s pricing at the time of its launch. Much as its Renault counterpart, the Redi-Go will compete with the likes of the Alto 800/K10, the Hyundai EON, the Tata Nano and the Kwid as well.

Unlike the Datsun GO, which had derived several of its parts from the Micra, the Redi-Go will have its own identity. It shares its platform (Renault–Nissan alliance's CMF-A platform) with the uber successful Renault Kwid. This platform will make the Redi-Go lighter, improving the power-to-weight ratio, as happened with the Kwid.

Despite the shared platform, an entirely different design makes the Datsun unique. Going by the teaser images, the production model’s silhouettes are identical to the Redi-Go concept that made its debut at the 2014 Indian Auto Expo. The interiors might borrow a few bits from the Kwid, but are expected to be different. The Kwid offers a ground clearance of 180 mm and looking at the released Datsun Redi Go images, the Redi-Go also rides high.

For the price it comes in, Renault has loaded the Kwid to the brim with features. Since the Redi-Go’s price is believed to be in the vicinity of the Kwid’s, the two might share features. However, it is highly unlikely that the Redi-Go will get Renault’s 7-inch MediaNav infotainment system that the Kwid offers, and which has turned out to a USP for the car. Expect a Bluetooth-enabled unit on the Redi-Go.

Nothing has been revealed by the manufacturer yet, but the Redi-Go is believed to be pulled by the Kwid’s 800 cc motor in a similar state of tune. The engine will be mated to a 5-Speed manual transmission. An AMT (automated-manual transmission) version with Renault's EasyR AMT and a 1.0-litre version are likely to be on the cards at a later stage. For more detailed comparison between the two hatchbacks, Go through Datsun Redi Go vs Renault Kwid Specification 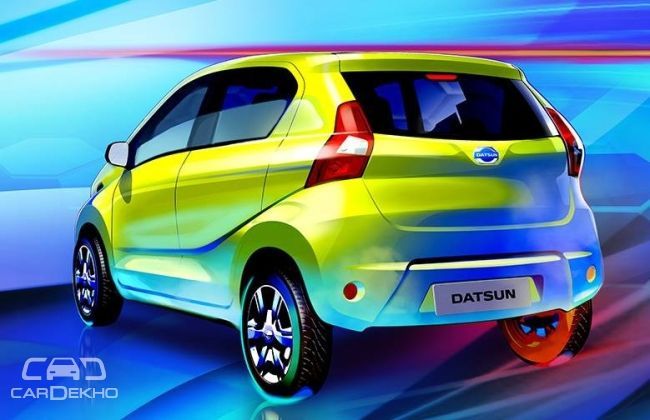 Datsun redi-GO: Can it Achieve the Kwid's Feat?

Renault Kwid 1-L to Be Launched in June; AMT to Be Introduced Around Diwali