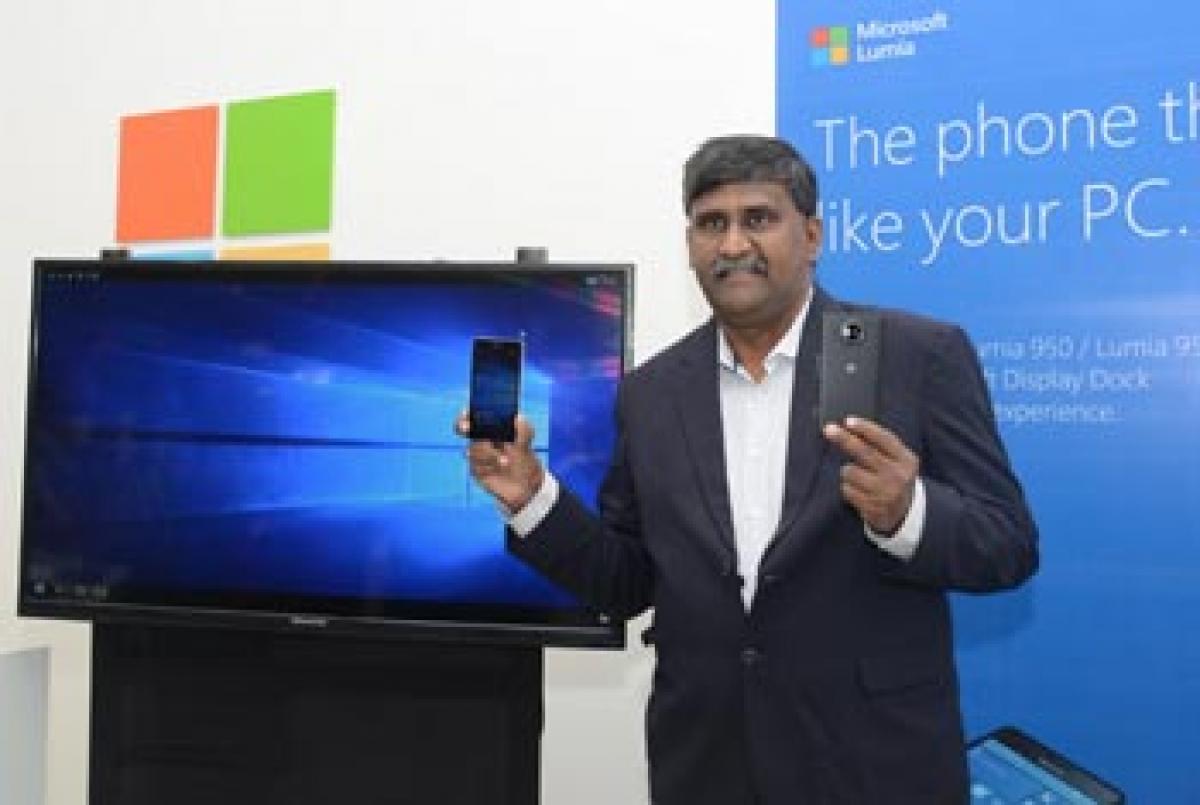 Microsoft India launched three Lumia devices running Windows 10 - Lumia 950, Lumia 950 XL and Lumia 550 in Hyderabad. Lumia 950 and 950 XL are the latest flagship devices from the company, targeted at Windows fans and business consumers, while Lumia 550 is the most affordable Windows 10 smartphone till date.

The two flagship devices come with features such as HD display, new PureView cameras with 20 megapixel sensors and triple LED natural flash that shoots 4K video. The affordable Lumia 550, priced at Rs 9,399, has 4.7-inch display, signature Microsoft apps, Cortana and OneDrive, among others.

“These first ever Windows 10-powered Lumia devices have been designed to deliver a familiar and consistent experience that extends across your Windows devices and to make you more productive in a mobile-first cloud-first world,” said T S Sridhar, Director, Microsoft Mobile Devices.The new Lumia range offers the familiarity of the Windows 10 experience, combined with Microsoft services, he added.