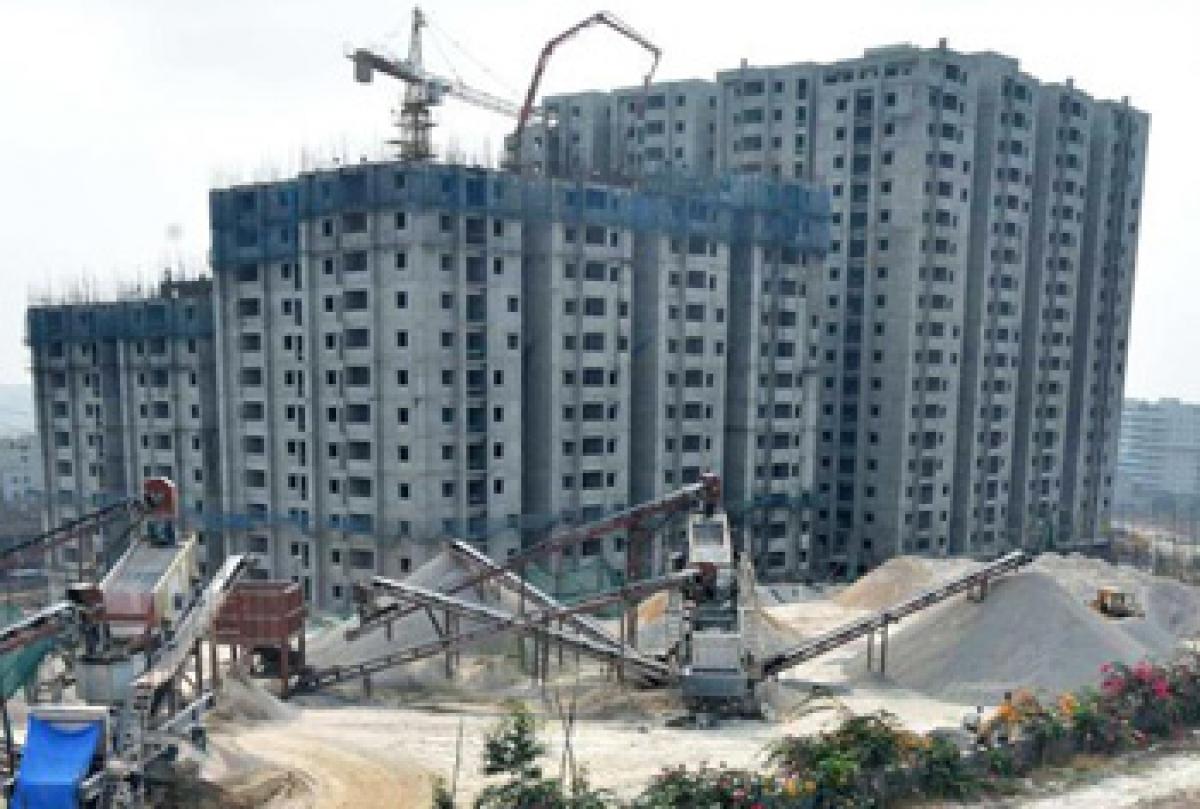 The real estate segment in and around Hyderabad is yet to fully back on the track with the key sector more or less clocking flat growth in both residential and commercial realty spaces during 2015.

Hyderabad: The real estate segment in and around Hyderabad is yet to fully back on the track with the key sector more or less clocking flat growth in both residential and commercial realty spaces during 2015. However, there was some positive traction in commercial space towards end of the last year, indicating a gradual rebound.

“2015 ended on a flat note as the Hyderabad residential market has yet to show definite signs of recovery activity, albeit demand has stayed virtually the same as in 2014,” said a research report on Indian real estate sector by Knight Frank. The global property consultancy released fourth edition of its half-yearly report titled India Real Estate here on Thursday.

The reported covered trends in real estate across major cities in India, including Hyderabad, for six month period between July-December, 2016. While indicating upward trend in office space market, the report said the city saw absorption of 4.6 million sft of office space in 2015, which was marginally lower than the 4.7 million sft space absorbed in 2014.

However, the absorption rate was at record levels during second half (July-December) period. “The Hyderabad office market has definitely shifted up a gear in H2 2015 by absorbing 3.1 million sft, posting the strongest half yearly absorption numbers in its history,” Vasudevan Iyer, Director, Knight Frank, Hyderabad, told media here.

We believe that we have seen a glimpse of the promise Hyderabad holds as a commercial and IT office destination and this momentum is expected to continue, he added. On the residential realty market front, the sales volumes fell marginally by one per cent last year while the new launches saw a more pronounced drop of 14 per cent in the same period.

“The end of the year did show some promise in terms of supply as H2 2015 saw an 11 per cent growth in the number of units launched compared to the previous period,” the report stated. On the other hand, the festive season did not boost absorption levels which stayed largely stagnant. However, unsold inventory levels fell to their lowest point in five years in the wake of fall in new launches.

And prices of residential properties have grown by 3.1 per cent year-on-year. “The situation in the residential market is not as positive, though unsold inventories are at their lowest level since 2010 and steady demand during the last 18 months does point a possible improvement in residential market fundamentals in the months to come,” Iyer explained.