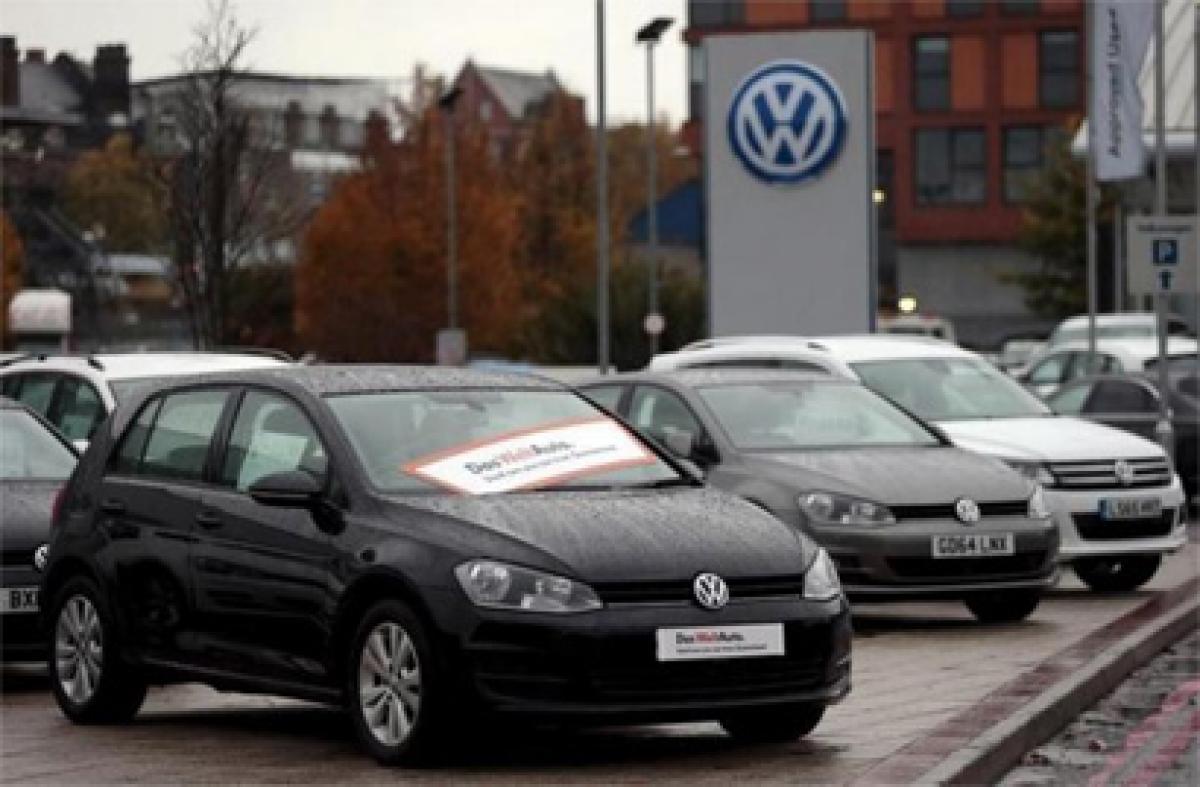 Volkswagen (VOWG_p.DE) has postponed publication of its financial results for 2015 and delayed its annual shareholders\' meeting as the German carmaker struggles to put an exact price on its diesel emissions scandal.

Volkswagen (VOWG_p.DE) has postponed publication of its financial results for 2015 and delayed its annual shareholders' meeting as the German carmaker struggles to put an exact price on its diesel emissions scandal.

More than four months after the scandal broke in the United States, Europe's leading carmaker is still to come up with a technical fix for almost 600,000 diesel cars and is facing a growing number of legal claims.

Uncertainty about the financial impact of VW's biggest-ever corporate scandal on its accounts has increased since the start of the year.

In Europe, VW is facing demands from the European Commission and lawmakers to consider compensating VW drivers in a way comparable with a scheme in the U.S. where the carmaker has promised goodwill packages worth $1,000 each to tens of thousands of owners of VW vehicles.

Leading figures on VW's supervisory board have been meeting more frequently lately to discuss the crisis, including how to account for the scandal in VW's annual results which were originally due to be released on March 10, sources familiar with the matter said.

VW said on Friday that "remaining open questions and the resulting valuation calculations relating to the diesel emissions issue" caused the delay.

A source at the carmaker said 2015 results and the annual shareholders' meeting, due to be held on April 21, would both be delayed by 4-6 weeks.

VW shares traded 4 percent higher at 1515 GMT and analysts said the delay was a sensible step.

"Under such extreme circumstances, this decision is understandable," Frankfurt-based Bankhaus Metzler analyst Juergen Pieper said, citing "new unknowns" that auditors need to digest as they process the carmaker's annual report.

At a meeting on Wednesday, the inner circle of the 20-member supervisory board discussed to what extent VW would need to incorporate provisions for the scandal in its 2015 results, a person familiar with the matter told Reuters.

The Wolfsburg-based group already set aside 6.7 billion euros ($7.5 billion) in the third quarter of 2015 to cover repair costs for vehicles worldwide. Pieper said those provisions could need to be topped up again by another 2-3 billion euros.

VW said it expects an operating group result before special items "at the level of the prior year within the expected range for fiscal 2015".

The manufacturer previously guided for the group operating margin to come in between 5.5 and 6.5 percent, after 6.3 percent in 2014 when operating profit set a new record at 12.7 billion euros.

"Underlying operations have not seen a notable deterioration as a result of the diesel scandal and accompanying negative headlines," said Ellinghorst who has a "buy" rating on VW stock.

VW said it still aimed to provide a report on the investigation into the scandal by U.S. law firm Jones Day in the second half of April, adding the findings will clarify "the background and responsibilities" related to it.

VW said it will announce new dates for the publication of 2015 results and the AGM "as soon as possible." Germany's Securities Trading Act compels companies to publish their annual reports no later than four months after the end of their fiscal year.