India concerned at being sidelined from the US-led Trans-Pacific 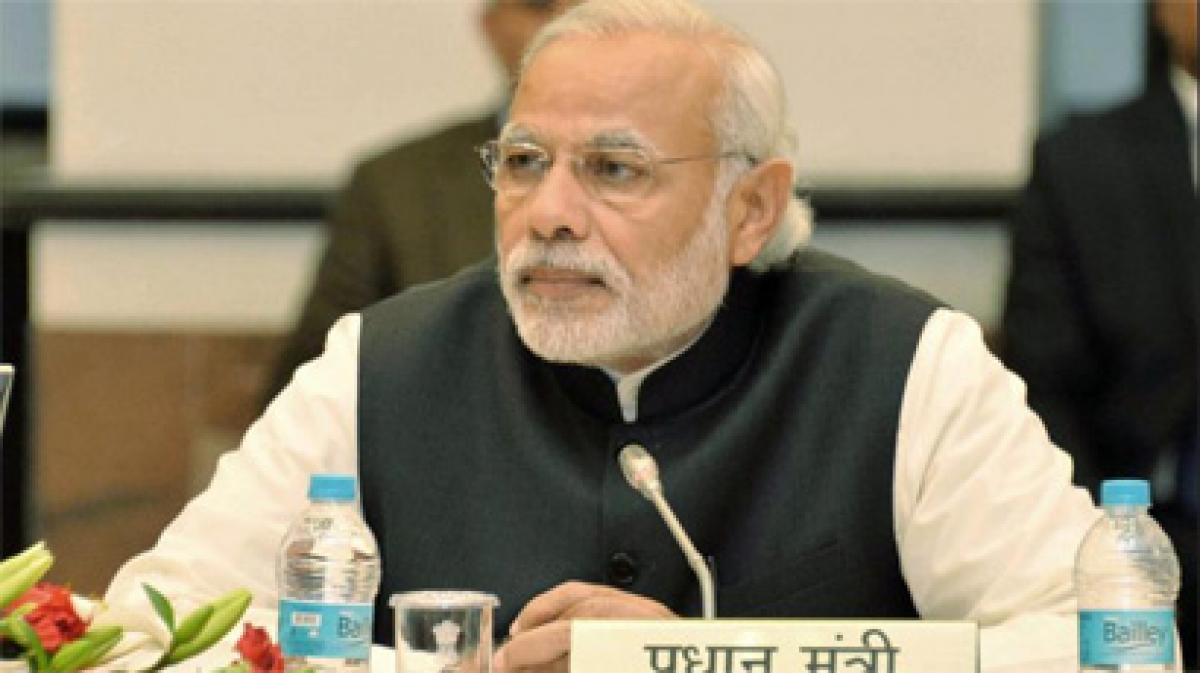 India, concerned at being sidelined from the US-led Trans-Pacific Partnership (TPP), is stepping up efforts to reach agreement with an alternative trade bloc centred around China, and hopes to reach a deal this year.

India, concerned at being sidelined from the US-led Trans-Pacific Partnership (TPP), is stepping up efforts to reach agreement with an alternative trade bloc centred around China, and hopes to reach a deal this year.

New Delhi has long been seen by many countries as an intransigent player at the World Trade Organization (WTO), a multilateral forum that has struggled to find the consensus it needs to move forward.

Now, after 12 advanced economies accounting for 40 percent of the global economy signed a TPP deal this month, India's trade negotiators feel they need to get a move on.

Prime Minister Narendra Modi has backed an export-focused 'Make in India' drive as the path to prosperity for Asia's third-largest economy, where per capita output is $1,688 a year, one fifth that in China.

With TPP out of reach - India was not invited to join - India's negotiators are focussing instead on a Chinese-led grouping called the Regional Comprehensive Economic Partnership (RCEP) that would improve its access to Asian markets.

Trade representatives meet in Brunei from Feb. 15-19 to iron out differences on tariffs. A senior New Delhi official, who asked not to be named, told Reuters that India was hopeful of striking a tariff-cutting deal this year, in the clearest indication yet that India wants to accelerate progress on a bloc first launched in 2012.

Ganeshan Wignaraja of the Asian Development Bank said a breakthrough on RCEP would help mitigate the competitive disadvantage of India being absent from the TPP. "Concluding an RCEP agreement would mark a key milestone for the Modi government," he said.

Experts caution that India has shown little appetite to open its market to imports, even as it seeks to ramp up exports, not least because of a gaping trade deficit with China.

"India is worried about opening up to China," said Professor Bernard Hoekman, a trade expert at the Robert Schuman Centre for Advanced Studies in Italy, adding he very much doubted an RCEP deal would happen this year.

With the TPP lacking votes in Congress and likely to be put on hold if a Republican is elected U.S. president, any sign China is seizing the initiative in the trade arena could raise concerns over Washington's declining clout in Asia.

Beijing has already redrawn the financial map by launching the Asian Infrastructure Investment Bank, with backing from close U.S. allies like Britain.

New Delhi fears the TPP, although years away from reality, could mean losing some textile and drugs exports to countries like Vietnam, which has embraced both the TPP and the RCEP.

It could also raise barriers to entry on labour, environment and intellectual property when it comes to seeking access to other markets, officials said.

"The TPP will certainly have an impact on India's exports," Commerce Minister Nirmala Sitharaman said. "It is most likely to affect sectors like leather goods, plastics, chemicals, textiles and clothing." Talks on creating the 16-member RCEP could be the last hope for some Indian companies to break into the global supply chain.

The group comprises the 10 members of the Association of Southeast Asian Nations (ASEAN), China, Japan, South Korea, India, Australia and New Zealand. If signed, the regional free trade agreement would create an economic bloc with a population of 3.4 billion and trade volume of over $17 trillion.

Successful export industries, particularly garment and drug makers, are urging Modi to speed up RCEP talks and wrap up trade deals with the European Union and Australia.

But steel, tyre and chemical firms want him to go slow, saying they have been undercut by free trade pacts already done with ASEAN, South Korea, Thailand and Japan.

Indian merchandise exports have fallen for 13 months in a row, depressed by weakening global demand and slumping commodity prices. To boost its stagnant 1.7 percent share of global exports, India needs to raise productivity and move up the value chain, economists say.