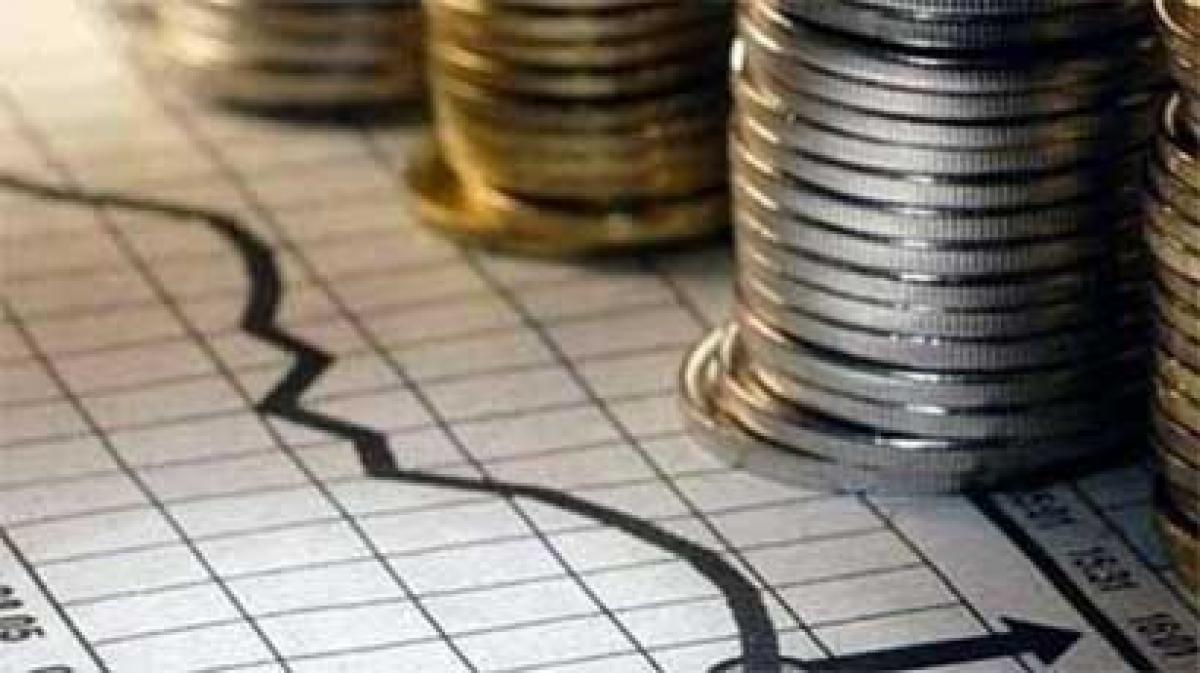 The Economic Survey 2015-16 tabled in Parliament today by the Union Finance Minister Shri Arun Jaitley presents an optimistic picture of Indian economy stating that amidst the gloomy landscape of unusual volatility in the international economic environment, India stands as a haven of stability and an outpost of opportunity.

The Economic Survey 2015-16 tabled in Parliament today by the Union Finance Minister Shri Arun Jaitley presents an optimistic picture of Indian economy stating that amidst the gloomy landscape of unusual volatility in the international economic environment, India stands as a haven of stability and an outpost of opportunity. It says the country’s macro-economy is stable, founded on the government’s commitment to fiscal consolidation and low inflation. The Survey underlines that India’s economic growth is amongst the highest in the world, helped by a reorientation of government spending toward needed public infrastructure. Describing these achievements as remarkable, the Survey emphasizes that the task is now to sustain them in an even more difficult global environment.

The Survey further states that the country’s performance reflects the implementation of number of meaningful reforms. There is palpable and pervasive sense that corruption at the centre has been meaningfully addressed which has been reflected in transparent auctions of public assets. FDI has been liberalized across the board and vigorous efforts have been undertaken to ease the cost of doing business. Stability and predictability has been restored in tax decisions reflected in the settlement of the Minimum Alternate Tax (MAT) imposed on foreign companies. Major public investment has been undertaken to strengthen the country’s infrastructure. In the farm sector, a major crop insurance programme has been instituted. The Survey has highlighted creation of bank accounts for over 200 million people under Pradhan Mantri Jan Dhan Yojan (PMJDY), the world’s largest direct benefit transfer programme in case of LPG with about 151 million beneficiaries receiving Rs. 29,000 crore in their bank accounts and the infrastructure being created for extending the JAM (Jan Dhan Aadhar Mobile) agenda to other Government programmes and subsidies.

However, the Survey has expressed concern over approval of GST Bill being elusive so far, the disinvestment programme falling short of targets and the next stage of subsidy rationalization being a work-in-progress. It adds that corporate and bank balance sheets remain stressed affecting the prospects for reviving private investments. It further says that perhaps the underlying anxiety is that the Indian economy is not realizing its full potential.

The Survey states that the country’s long run potential growth rate is still around 8-10% and realizing this potential requires a push on at least three fronts. First, India has moved away from being reflexivity anti-markets and uncritically pro-state to being pro-entrepreneurship and skeptical about the state. But being pro-industry must evolve into being genuinely pro-competition. Similarly, skepticism about the state must translate into making it leaner. It emphasizes that the key to creating a more captive environment will be to address the exit problem which affects the Indian economy. Second, the Survey calls for major investments in health and education of people to exploit India’s demographic dividend to optimal extent. Third, it says that India cannot afford to neglect its agriculture.

The Survey points-out that the upcoming budget and economic policy will have to contend with an unusually challenging and weak external environment. It suggests that one tail risk scenario that India must plan for is a major currency re-adjustment in Asia in the wake of a similar adjustment in China. Another tail risk scenario could unfold as a consequence of policy actions, to say, capital controls taken to respond to curb outflows from large emerging market countries, which would further moderate the growth. The Survey says that in either case, foreign demand is likely to be weak which requires to find and activate domestic sources of demand to prevent the growth momentum from weakening.

The Survey highlights that India stands out internationally as an investment proposition and the Rational Investor Ratings Index (RIRI) shows that India compares favourably with peer countries in the BBB investment grade and almost matches the performance of A-grade countries.

While reviewing the major developments, the Survey states that according to CSO the growth rate of GDP at constant market prices is projected to increase to 7.6% in 2015-16 from 7.2% in 2014-15. Although agriculture is likely to register low growth for the second year in a row on account of weak monsoons, it has performed better than last year. Industry has shown significant improvement on account of acceleration in manufacturing while services continue to expand rapidly. The Survey points out that even as real growth has been accelerating, nominal growth has been falling.

Among other indicators, the Survey states that low inflation has taken hold and confidence in price stability has improved. The Current Account Deficit has declined and foreign exchange reserves have risen to US$ 351.5 billion in early February, 2016. The fiscal sector registered these striking successes; ongoing fiscal consolidation, improved indirect tax collection efficiency and an improvement in the quality of spending at all levels of government. The Government Tax Revenues are expected to be higher than budgeted levels. Direct taxes grew by 10.7% in the first 9 months of 2015-16 while indirect taxes were also buoyant.

The Survey states that the aggregate capital expenditure by the government increased by 0.6% in 2015-16. This occurred both in the centre and states, with the former contributing 54% and the latter 46%.

In the economic outlook, real GDP growth for 2016-17 is expected to be in the 7% to 7.75% range. However, it cautions that if the world economy remains weak, India’s growth will face considerable headwinds. On the domestic side, two factors can boost consumption, increased spending from higher wages and allowances of government workers if the seventh pay commission is implemented and return of normal monsoon. At the same time, the Survey enumerates three down side risks – turmoil in global economy could worsen the outlook of exports, contrary to expectations oil prices rise would increase the drag from consumption and the most serious risk is combination of the above two factors.

The Survey cautions that one of the most critical short term challenges confronting the Indian economy is the twin balance sheet problem – the impaired financial positions of the Public Sector Banks (PSBs) and some corporate houses. The twin balance sheet challenge is the major impediment to private investment and a full-fledged economic recovery. Comprehensively resolving this challenge would require 4 Rs : Recognition, Recapitalization, Resolution, and Reform. Banks must value their assets as far as possible close to true value (recognition) as the RBI has been emphasizing; once they do so, their capital position must be safeguarded via infusions of equity (re-capitalisation)as the banks have been demanding; the underlying stressed assets in the corporate sector must be sold or rehabilitated (resolution) as the government has been desiring; and future incentives for the Private Sector and corporates must be set-right (reform) to avoid a repetition of the problem, as everyone has been clamouring.

About inflation, the Survey says that increase in wages and benefits recommended by the 7th pay Commission are not likely to destabilize prices and will have little impact on inflation.

On the external outlook, the Survey says that overall exports declined by about 18% in the first three quarters. It points-out that in the last two years Indian services exports have been more affected than Indian manufacturing exports and also world service exports. Realizing India’s medium term growth potential of 8-10 percent will require rapid growth of export. To achieve trajectory similar to China, India’s competitiveness will have to improve so that its services exports, currently about 3 percent of world exports, capture nearly 15% of world market share.

On the issue of trade policy, the Survey says that introspection is overdue on five issues which are – providing support to farmers in light of WHO rules, mitigating the impact of erratic trade policy on farmers incentives, reconciling the “big but poor” dilemma that confronts India in trade negotiations, dealing with outgoing stresses brought on by the external environment, and engaging more broadly with the world on trade. The Survey underlines that India’s position in agriculture has changed, it has become more competitive and relies relatively more on domestic support. It suggests India’s WTO obligations could predominantly be based on this domestic shift away from border protection to domestic support. It further suggests that India could consider offering reduction in its very high tariff bindings and instead seek more freedom to provide higher levels of domestic support.

Stating that the trade policy is under stress also for reasons related to the ongoing turmoil in the international environment and the global demand is weak, the Survey suggests that India should resist calls to seek recourse in the protectionist measures, especially in relation to items that could undermine the competitiveness of downstream firms and industries. It also suggests that India should strengthen procedures that allow WTO-consistent and hence legitimate actions against dumping (anti-dumping), subsidization (countervailing duties), and surges in imports (safeguard measures) to be taken expeditiously and effectively.