Do not tolerate, accept each other: Kamal Haasan 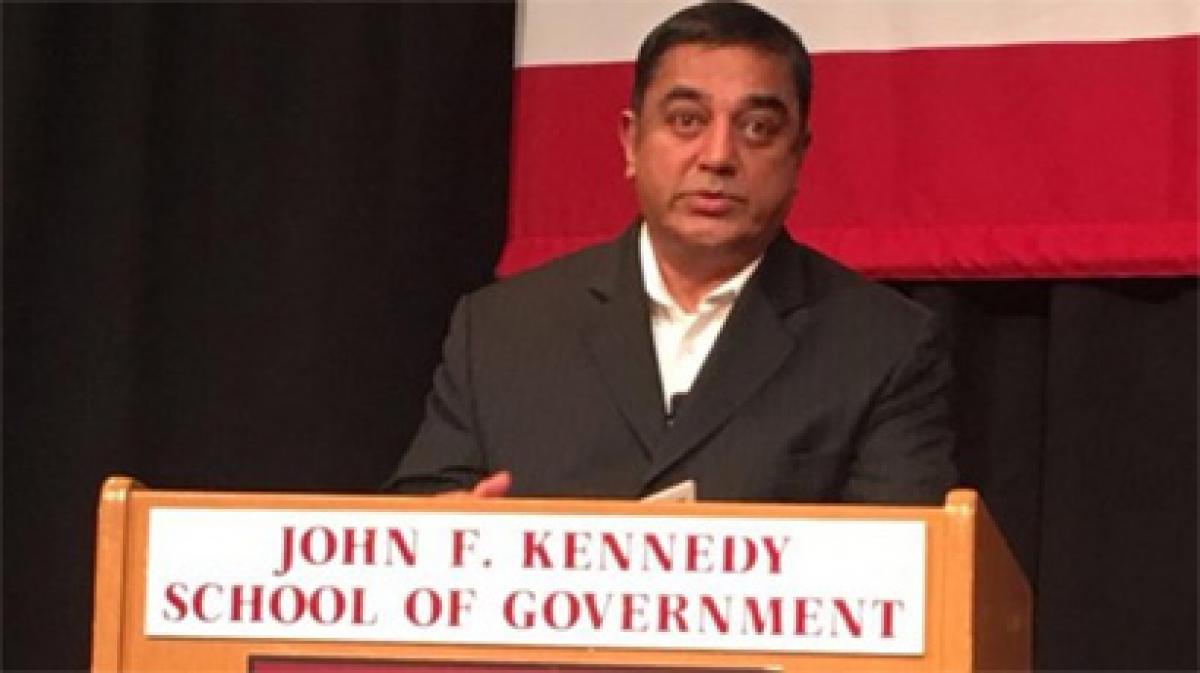 Refusing to wade into the intolerance debate, noted actor Kamal Haasan has said he was against the word -'tolerance-' as he underlined that all...

Refusing to wade into the intolerance debate, noted actor Kamal Haasan has said he was against the word "tolerance" as he underlined that all communities need to "accept" each other to save the country from disintegration.

Haasan, during a "fireside chat" with students of the prestigious Harvard University, said the country has already lost its two arms -- Bangladesh and Pakistan -- and all efforts should be made to maintain the unity and integrity of
the country.

"We have already lost the sleeves of the sweater -- Bangladesh and Pakistan (have) gone. It's a sleeveless sweater, so let's keep the sweater. It's getting cold," he said amid applause from the young Indian students studying at the
Harvard University and other higher educational institutions around Boston including the Massachusetts Institute of Technology.

Haasan's answer came in response to a question from one of the students who wanted to seek his views on voices of intolerance coming from some of the popular Bollywood stars like Aamir Khan and Shahrukh Khan.

"I am against the word tolerance. You do not tolerate; you accept a friend. Why should you tolerate everything? It is a view either you accept it or not accept it? Why do you tolerate?" Haasan asked.

The intolerance debate had raged in India recently with many writers, artists and civil society members expressing alarm over the issue.