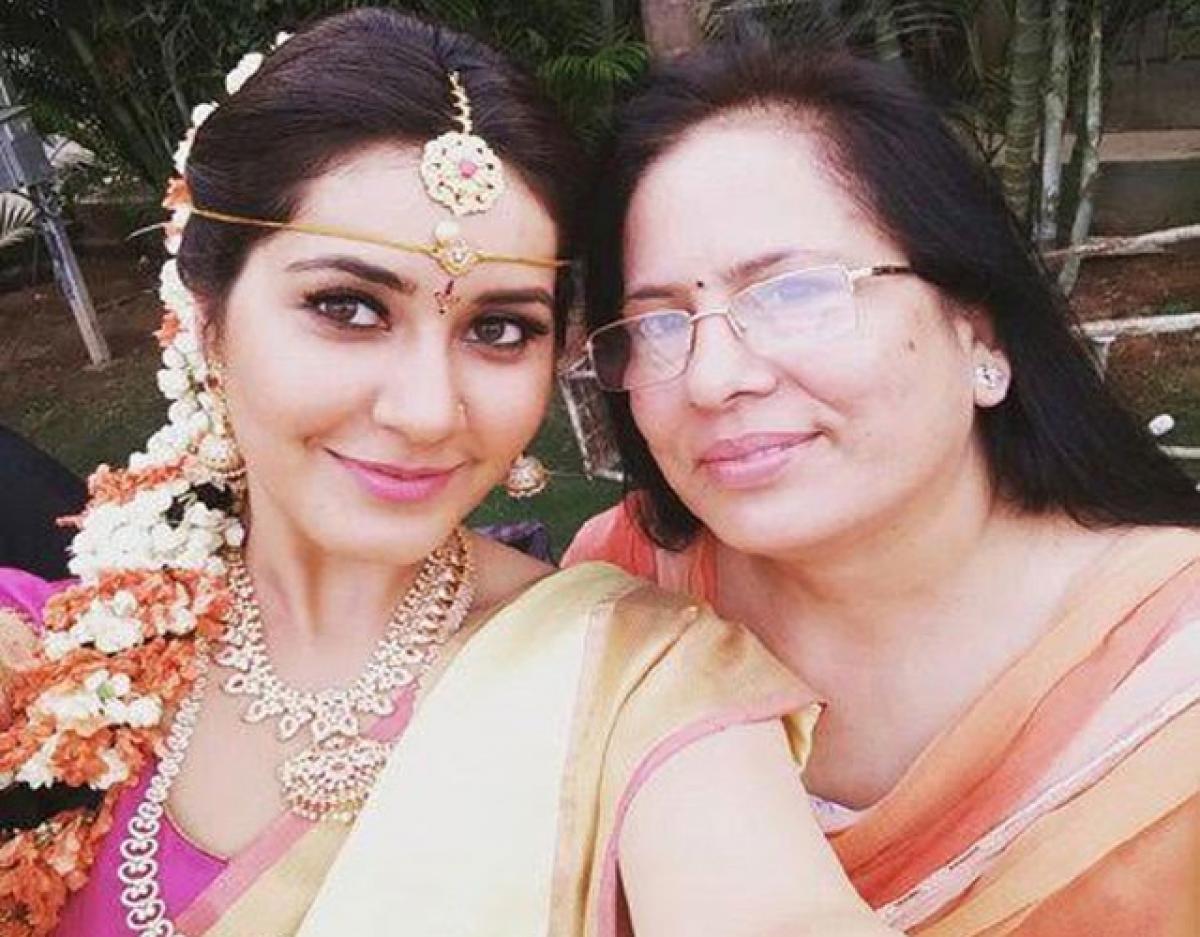 Sizzling actress Raashi Khanna is currently busy with the shoot of her forthcoming movie Supreme under the direction of Anil Ravipudi of Pataas fame.

Sizzling actress Raashi Khanna is currently busy with the shoot of her forthcoming movie Supreme under the direction of Anil Ravipudi of Pataas fame.

Raashi Khanna bridal avatar pictures have gone viral with many expecting that the actress will soon be getting hitched. However, the actress is not getting married anytime soon and the pictures doing the rounds are from her movie where she is shooting for a wedding sequence.

Raashi's upcoming movie Supreme will have the actress don a cop avatar for the first time and will have her feature opposite Mega hero Sai Dharam Tej. Supreme being produced by Dil Raju, is set to hit theatres in the month of April and will be competing at the box office with the likes of Pawan Kalyan’s Sardaar Gabbar Singh and Allu Arjun’s Sarainodu. Watch the space for more updates.