Nagarjuna garu is a true path breaker: Rajamouli on Oopiri 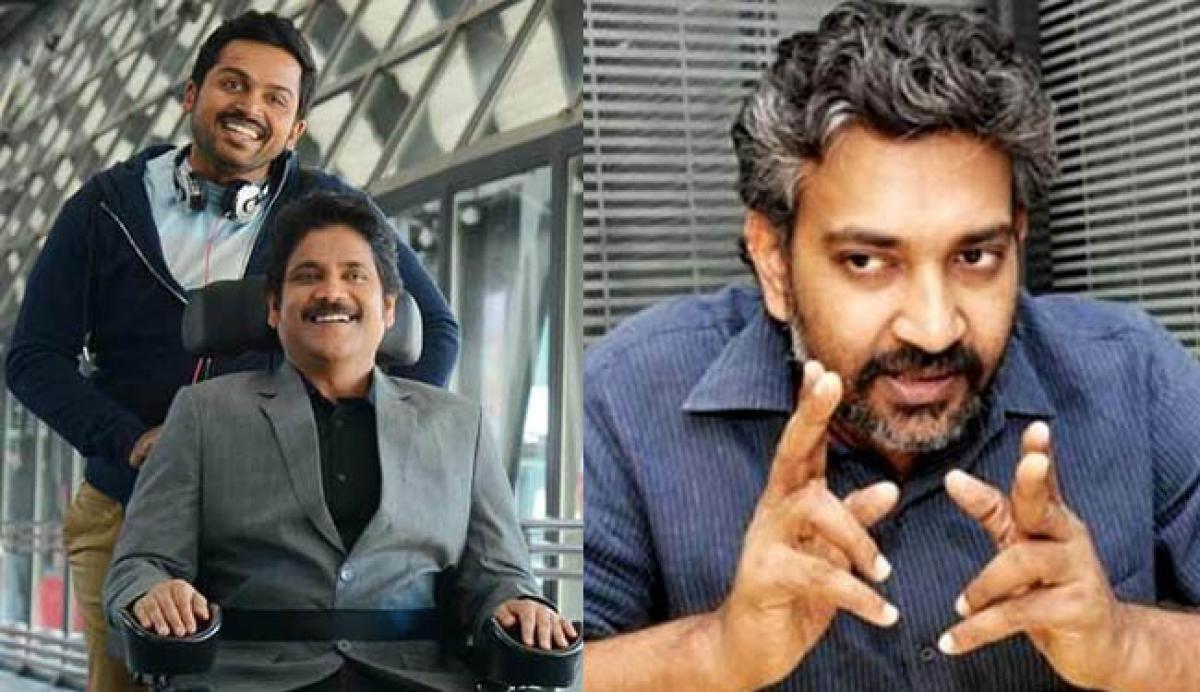 While filmmaker SS Rajamouli whose movie Baahubali bagged the National Award for best film is all praise for another movie. It is Nagarjuna-'s latest...

While filmmaker SS Rajamouli whose movie Baahubali bagged the National Award for best film is all praise for another movie. It is Nagarjuna's latest movie Oopiri that has been gaining all the accolades not just from the audience but also the film industry.

Calling Nagarjuna a path breaker, Rajamouli heaped praises on the movie and director Vamsi Paidipally. It is definitely a plus for Oopiri team to garner appreciation from the filmmaker who expanded the market of Telugu cinema with Baahubali.

Take a look at the tweets Rajamouli shared on Twitter:

Intouchables is one of my favourites. Frankly I didn't think Vamsi would be able to handle it. Thanks Vamsi for proving me wrong.

The scenes you indianised made it a better film. Karthi is so good. Nagarjuna garu is a true path breaker.

Congratulations to PV garu and the whole team. Oopiri is A true entertainer that stays with you for a long time. Don't miss it...

Oopiri starring Nagarjuna, Karthi and Tamannaah in the lead roles released on March 25th and is doing good business at the box office.