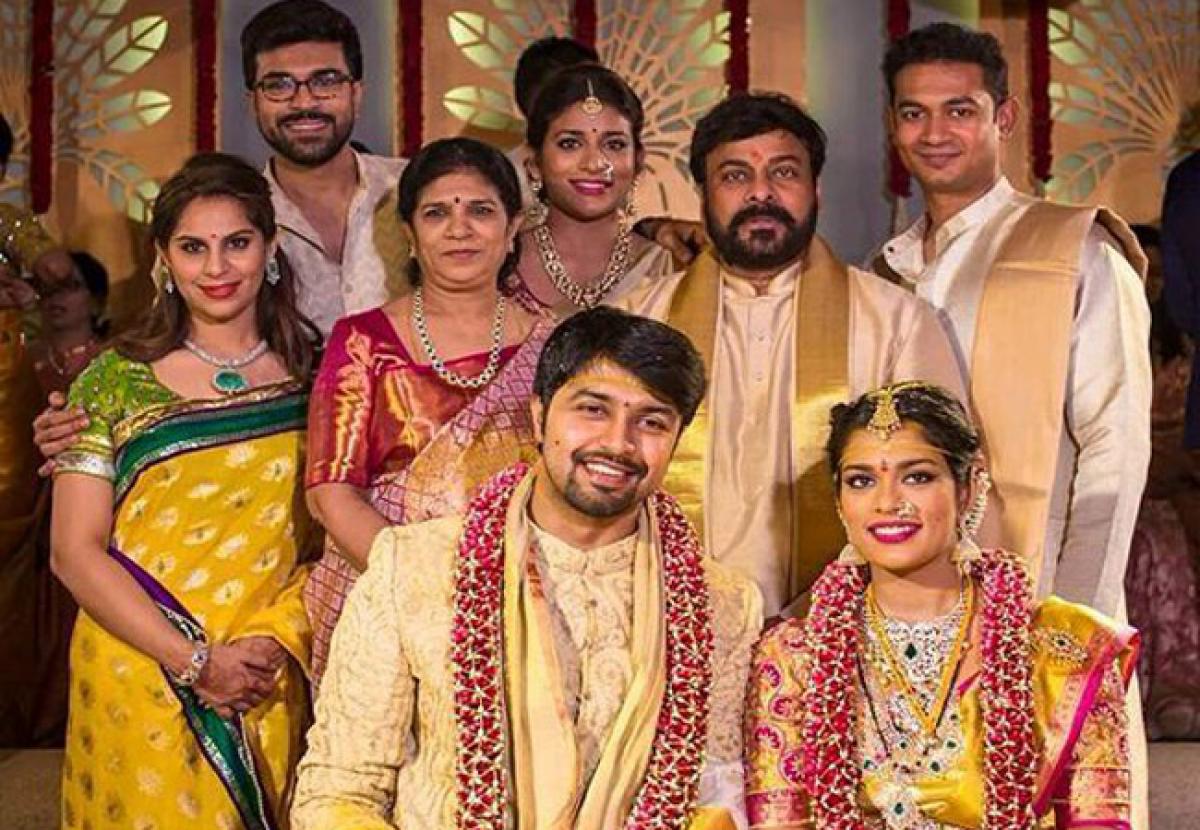 Chiranjeevi-'s daughter Srija married Kalyan, an NRI from Chittoor district on Monday. Srija-'s marriage has become the talk of the town in Tollywood. ...

Chiranjeevi's daughter Srija married Kalyan, an NRI from Chittoor district on Monday. Srija's marriage has become the talk of the town in Tollywood. Chiranjeevi's family has held the ceremony in a grand manner even though it was a low-key affair.

A reliable source informs that Chiranjeevi will organise Srija's wedding reception in Hyderabad at Park Hyatt on March 31st where Tollywood celebrities and politicians will grace the event.

Soon after the event, Chiranjeevi will undergo his shoulder Surgery at Mumbai. The surgery was supposed to happen in the month of February but it was postponed for his daughter's marriage. After the surgery, the actor will be joining the shoot of his 150th flick which is the remake of Tamil movie Kaththi and will be directed by VV Vinayak.