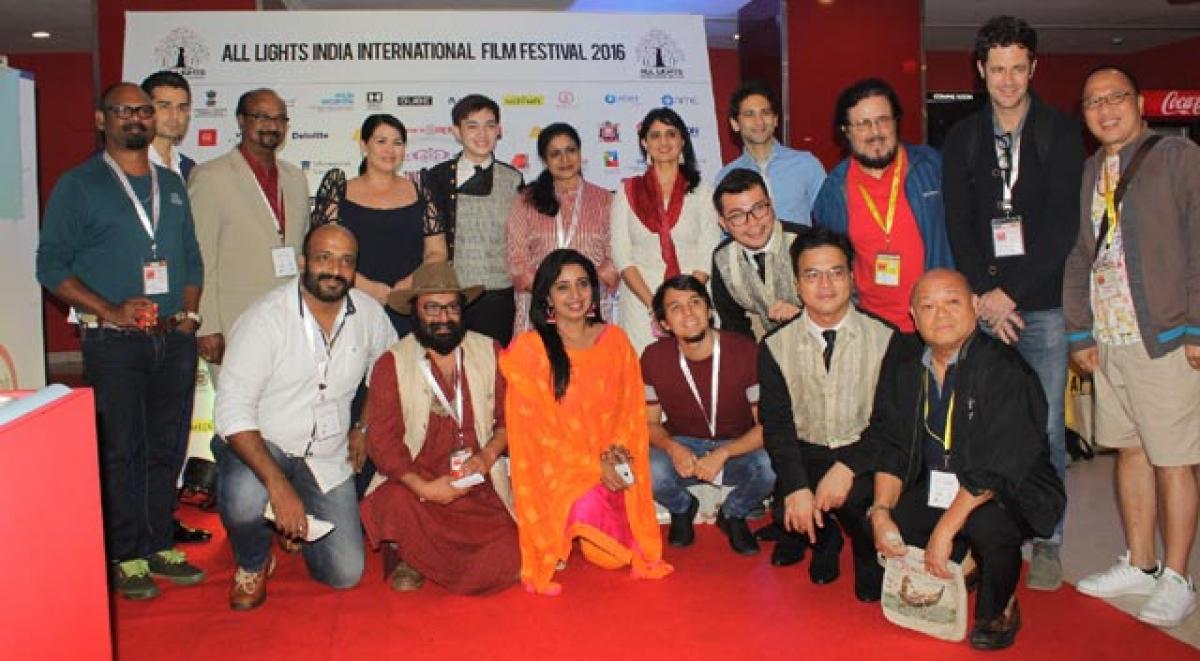 Founder and Director of Indywood Film Carnival, Sohan Roy along with ace director I V Sasi, unveiled the first look of his project \'Burning Wells\'on Sunday at Ramoji Film City. ‘Burning Wells’ is based on the Kuwait War of 1990.

Founder and Director of Indywood Film Carnival, Sohan Roy along with ace director I V Sasi, unveiled the first look of his project 'Burning Wells'on Sunday at Ramoji Film City. ‘Burning Wells’ is based on the Kuwait War of 1990.

The movie will be directed by I V Sasi and Sohan Roy. ‘Burning Wells’ will be India’s first international 3D movie with a budget of 175 crores. It will also be the first Indian movie to be made in English along with Arabic and Hindi. Another first in this film will be the usage of 8K technology.

Sharing the movie details, Sohan Roy said, "One day the I V Sasi asked me to produce a film on 1990's Kuwait War. He researched about it three years. He developed the script by sitting in my home for 35 days. He is a great director and he did more than 150 films with 90 per cent success ratio."

"I hope this movie will be a milestone in Indian film industry. By this movie, we want to show that India can make movies better than Oscars. We have selected best artists in every department for the film. I hope this movie will inspire the Indian directors to make international movies in future. We are also got the permission from Kuwait government for shooting," Sohan added.

Speaking about the subject of the film Sohan shared, "Till today many films based on Kuwait War released. In this movie, we capture the backdrop of the Kuwait War. ‘Burning Wells’ explains a completely different perspective and its narration is from a Kuwaiti's point of view." The principal photography of the film will commence from 2017 and it will be released worldwide in 2018.