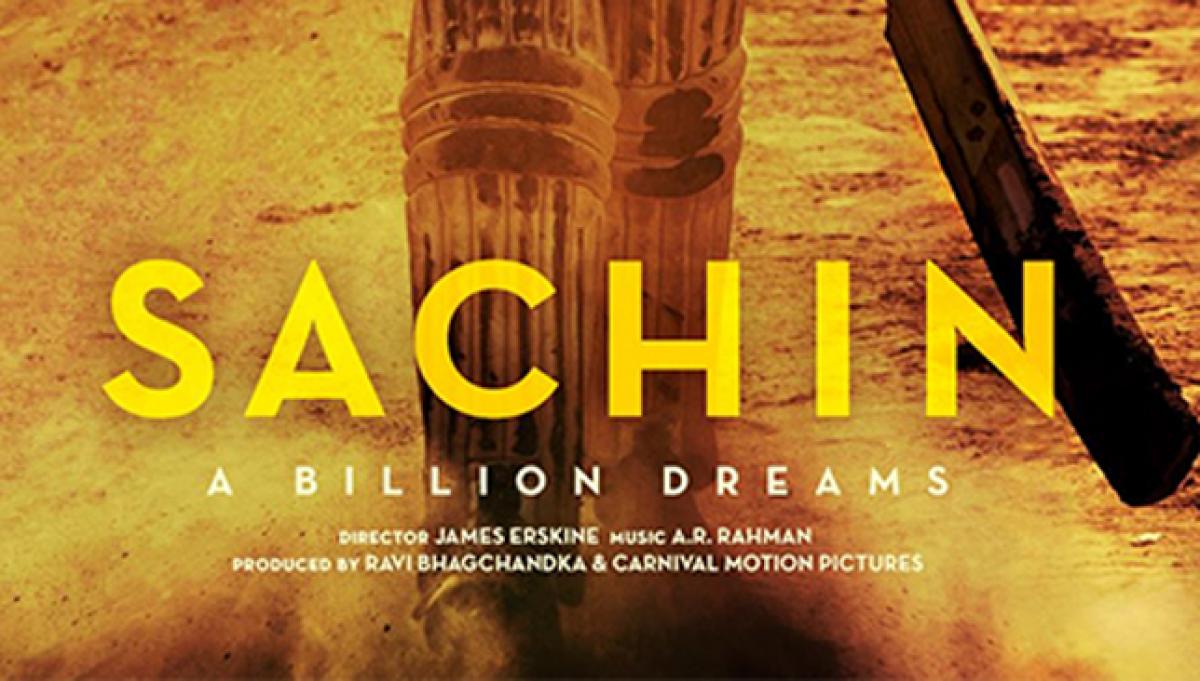 \"Sachin: A Billion Dreams\", a documentary drama on ace Indian cricketer Sachin Tendulkar, registered an opening day collection of Rs 8.40 crore, according to the makers.

Mumbai: "Sachin: A Billion Dreams", a documentary drama on ace Indian cricketer Sachin Tendulkar, registered an opening day collection of Rs 8.40 crore, according to the makers.

The film released on Friday in Hindi, Marathi, Tamil, Telugu and English.

"Sachin: A Billion Dreams creates history as docu-drama. Biggest opening in the genre with Rs 8.40 crore in India in all languages," read a statement issued on behalf of the film's makers.

According to trade analyst Taran Adarsh, it is an "impressive" opening for a film in this genre.

The movie takes viewers through Tendulkar's journey in his personal and professional life. It features the master blaster himself as he lets his fans into parts of his life they may not have known yet.

Members of the film and sports fraternity have already given the tale a thumbs up.

Responding to the praise coming his way on Twitter, Tendulkar wrote in one post: "For me, it's always about intention rather than expectation. We gave it our 100 per cent. So glad you liked it."