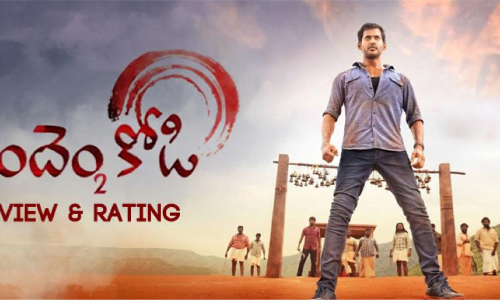 Action hero Vishal is popular in Tollywood film industry as well. He was owned by Telugu audiences in a big way. His film Pandem Kodi 2 is now up in the theatres.

Already, the film got a hit talk in Tamil. Tagore Madhu who is a popular producer in the film industry, especially, South has bagged the rights of the movie for both the Telugu states.

Apparently, the film was brought by Tagore Madhu for 7 Crores and he sold it here to other buyers in different areas for a total of 10.50 crores.

Vishal, Keerthy Suresh, Varalakshmi Sarathkumar played the lead roles in the movie. Linguswamy is the director of the film. Check the film's review here.

The film Pandhem Kodi tells us the story of Balu (Vishal), who after 13 years return to protect his family from an old enemy. In the process, Balu gets into a rivalry with a woman (Varalakshmi Sarath Kumar) in the process of protecting a young man. What is Vishal's relation with this person? Who won finally in this battle? What did Balu do to protect his family? Forms the story of the film.

All the lead actors have done well in the film. Vishal played the lead and did a complete justice for the role. Vishal has come up with an intense and emotional performance. He is the real Pandem Kodi. Keerthy Suresh was a perfect fit for the glamour part of the movie.

She has been exceptional in the movie as the village lady. She is rough, mass yet beautiful. At the same time, Varalakshmi Sarath Kumar did a wonderful performance and proved to be a gutsy actress. Usually, she needs a lot of courage to take up a role like this and she fulfilled all the requirements of the character perfectly.

The camera work by Sakthivel is impressive. His visuals are stunning and elevated the mood of the film properly. The music by Yuvan Shankar Raja is the biggest asset for the film.

Yuvan impressed with a score which is different for emotional sequences as well as the action sequences. His tunes failed to please the listeners. The artwork of the movie is good. The production values of the film are grand and lavish. The Telugu dubbing is nice.

The first half of the film was filled with the director Lingusamy's brand of old-school entertainment, It is time for him to come up with something fresh to match the expectations of the current day audiences. Still, the film works for the major extent but it only lacks the necessary elements that would keep the audiences entertained until the end. As Vishal is apt in the role, Keerthy Suresh is a perfect entertainer in the film.

She is bubbly and has delivered a decent performance. Yuvan Shankar's BGM has proved out to be the best in recent times and elevated the film properly. After an enjoyable first half, the second half fails to impress the audiences. The movie is engaging only in parts and could not become an entertaining commercial entertainer. All in all, the film is a one time watch for the action film lovers.