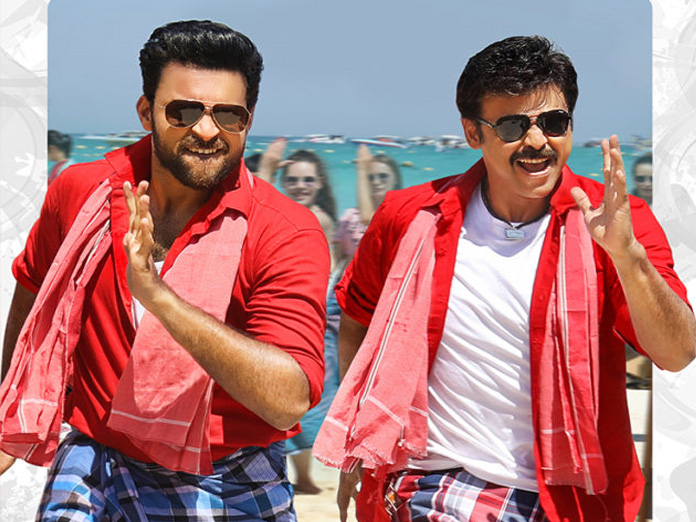 With all the mass films out in theatres, now it is time for the complete entertainer ‘F2- Fun and Frustration’ to hit the screens this 12th January. The trailers promise extreme fun and movie lovers are expecting it to be a perfect Pongal treat.

The film stars Venkatesh and Varun Tej in the lead roles. They will be seen as the husbands who suffer because of their wives. ‘F2’ will be the first outing from Venkatesh after ‘Guru’ and Varun Tej will be seen in a comic role after an offbeat film like ‘Anthariksham’. Milky beauty Tamannah will be romancing Venky while young actress Mehreen Pirzada is paired with Varun. This film has a huge list of supporting cast which involves Rajendra Prasad, Prakash Raj, Priyadarshi, Jhansi, Annapurna, Nassar, Hari Teja, Srinivas Reddy, Satyam Rajesh and many others.

Anil Ravipudi who scored hat-trick hits like ‘Pataas’, ‘Supreme’ and ‘Raja The Great’ is directing this flick which is produced by Dil Raju under ‘Sri Venkateswara Creations’. Music was being composed by Devi Sri Prasad while Sameer Reddy worked on the camera department.

This is the last outing in the Sankranti race and Dil Raju is having a lot of hopes on this film. Let us have a look on what Twitter has to say over this flick.