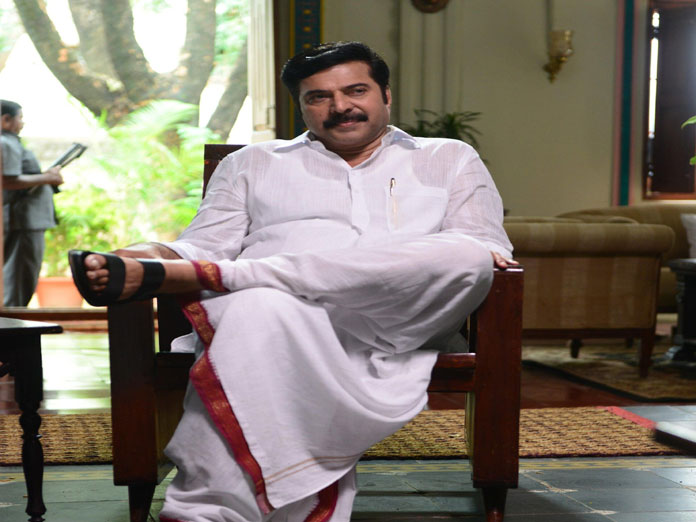 Amidst the biopic deluge that is flooding theatres in many Indian languages, one more muchawaited film Yatra, made primarily in Telugu and simultaneously dubbed in Tamil and Malayalam made it to the theatres this weekend With its sole USP being Malayalam megastar Mammootty, the film directed by Mahi V Raghav his last release Anando Brahma, a hit film in 2017 has its task a unidimension

Amidst the bio-pic deluge that is flooding theatres in many Indian languages, one more much-awaited film ‘Yatra’, made primarily in Telugu and simultaneously dubbed in Tamil and Malayalam made it to the theatres this weekend. With its sole USP being Malayalam megastar Mammootty, the film directed by Mahi V Raghav (his last release ‘Anando Brahma’, a hit film in 2017) has its task – a uni-dimensional projection of the famed Congress politician and CM Dr Y S Rajasekhara Reddy - well cut-out, right from the time the 126-minute venture begins.

With the advancement of polls in 2004 by the then TDP supremo and AP CM N Chandrababu Naidu, a disastrous move in retrospect, the comatose Congress party is taken aback as the leaders feel that the yellow party will run away with the victory shield, securely in their possession. Into this scenario, a contrarian move by the Rayalaseema neta to undertake a padayatra and know what the state’s people are going through ends as the Grand Old Party’s solitary and effective political strategy. The film rests its narrative majorly on this aspect as YSR is shown taking over as the Chief Minister.

As the events are of recent past vintage, it is both a plus and minus for the viewers whose memories are still fresh about this maverick leader who passed away barely a decade ago. The endeavour of the director too is to take up nothing politically controversial, resting his case on the inner wrangling between Reddy and the high command, which is hell bent on confining him to a minimalistic role.

Despite a limiting plot and defined narrative structure, the film proceeds smoothly as Mammotty lends his dynamic histrionics, ingesting the aggressive personality of YSR into him and delivering a steady, soothing kind of a performance. His body language which is close to the original leader is noteworthy and despite a heavy undertone of Malayalam in his dialogue delivery, he carries it off well enough.

All other characters, easily identifiable, especially the one who plays the boorish role of V H Hanumantha Rao, complete with his loud-pitched rendition of dialogues makes it interesting. The near invincibility of YSR as he progresses from a one-rupee doctor for his supporters to one who takes up their long pending basic needs for effective redressal is an expected outcome.

As the recent lot of biopics, especially one on N T Rama Rao have hardly been sensational with startling disclosures to jolt the viewers, this one too meets its objective of showcasing the success story of YSR, who had to wait for three decades to bag the coveted crown.