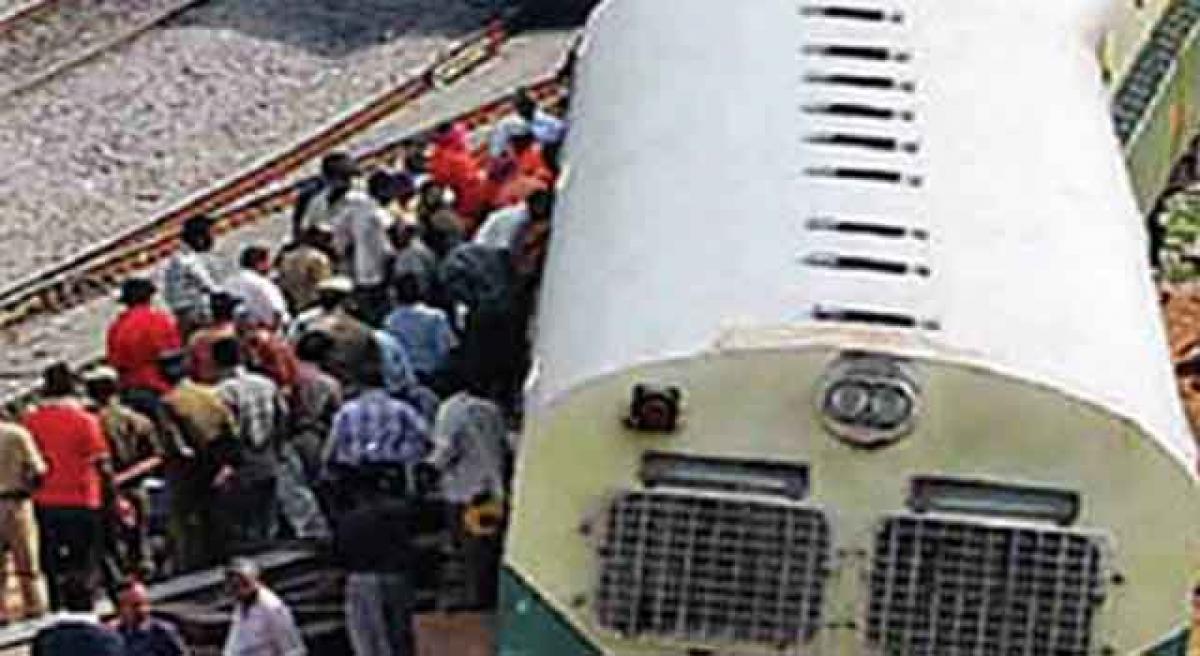 A woman, who attempted to board a moving train, has lost her life but managed to save her daughters’ life here on Thursday.

​Warangal: A woman, who attempted to board a moving train, has lost her life but managed to save her daughters’ life here on Thursday.

The deceased woman was identified as S Rajini (25) of Mailaram village in Rayaparthy mandal of the district. The incident occurred at Warangal railway station where the woman tried to board pushpull train bound to Hyderabad along with her one-year-old daughter. However, she could not get into the train as it picked up speed.

The woman, who understood that she was going under the wheels of the train, has thrown her daughter away to save her life. The girl survived with minor injuries. Government railway police SI Srinivas booked a case in connection with the incident and handed over the woman’s body to her husband S Santhosh after postmortem at MGM Hospital.