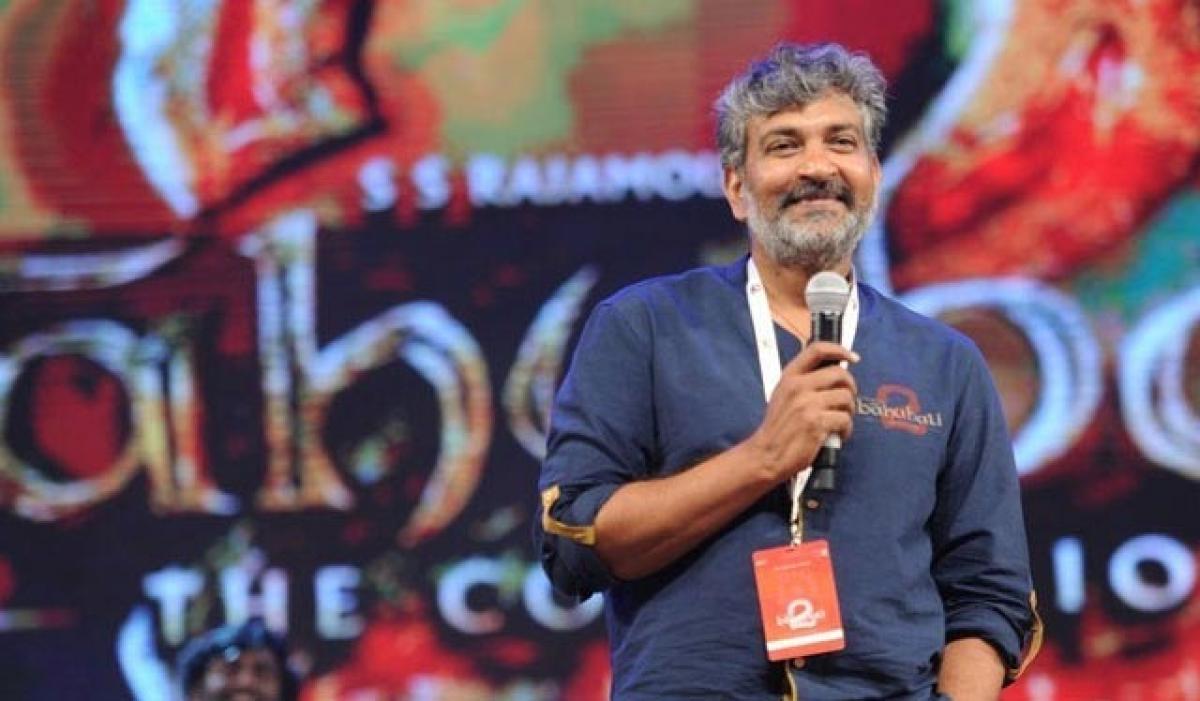 Kudos to director S S Rajamouli and his father and veteran writer Vijayendraprasad! They have revived character-driven films with ‘Baahubali’ franchise, breaking the stereotype of Telugu films which are mostly hero-driven, where other characters including the heroine have limited role to play.

Kudos to director S S Rajamouli and his father and veteran writer Vijayendraprasad! They have revived character-driven films with ‘Baahubali’ franchise, breaking the stereotype of Telugu films which are mostly hero-driven, where other characters including the heroine have limited role to play. Rajamouli, who claims to have been inspired by mythological movies and the epic Mahabharata, etched out six to seven important characters in his 2-part epic fantasy, where each role is equally important and significant to take the story forward in his or her own way with their share of goals and conflicts.

Usually, Telugu films are hero-driven, limiting the role of other characters including heroine. Viewers used to walk out of theatres remembering the struggles and accomplishments of the protagonist. But Rajamouli changed this pattern of scripting and revived the style of fleshing out strong characters that are prominent and stand out on their own merit. Along with invincible hero Prabhas in dual role Amarendra Baahubali to Mahendra Baahubali the director etches out equally stronger but envious Ballaladeva played by Rana who locks horns with Prabhas.

However, the film stands out among crores of movie-goers because of prominence given to the roles of Sivagami, Katappa, Bijjaladeva and Kalakeya, which made the film gripping and engrossing. Normally, the directors reserve the best of dialogues and scenes for the hero, but Rajamouli breaks this pattern and gives cream of dialogues and dramatic sequences to Ramya Krishna, Satyaraj and Nasser to make them house-hold names across the world. Of course, Ramya, Satyaraj and Nasser have done good roles in other films, but ‘Baahubali’ re-defined their image and gained them everlasting appreciation.

No prizes for guessing, if Rajamouli claims to be inspired by the Mahabharata and Telugu mythological movies, since he has revived the ‘character-driven’ formula and triumphed in his endeavour. Actually, a famed writer described Sage Vyasa as the ‘ultimate storyteller’ for sketching strong and diametrically opposite characters like Arjun-Karna and Bheem-Duryodhan and other important characters like Bheeshma, a warrior with golden heart, Yudhishtir, an epitome of truth, along with dark characters like Sakuni and Dussasana; and it has become the most revered epic in Indian mythological spectrum since Sage Vyasa developed characters with white, grey and dark shades which are relatable to any period of time.

Surely, famed father-son duo Vijayendraprasad and Rajamouli have taken a leaf out of the sage’s outstanding work and sketched characters with various shades in ‘Baahubali’ franchise and realised that the age-old formula of ‘good vs evil’ will be always be a sure-fire winner at the box-office. However, Rajamouli’s expansive vision and technical finesse took the war epic to the next level to be hailed as India’s biggest motion picture.

Although, the period of epic fantasy is fictional, the characters are relatable since they are envious, greedy, power-hungry besides scheming intellects, but finally the good-hearted warrior retains his crown, albeit, after years of struggle and sufferings. Hope, more character-driven films will be made in Telugu to expand its horizons to other languages.