Terrorism and climate change two big challenges of our times 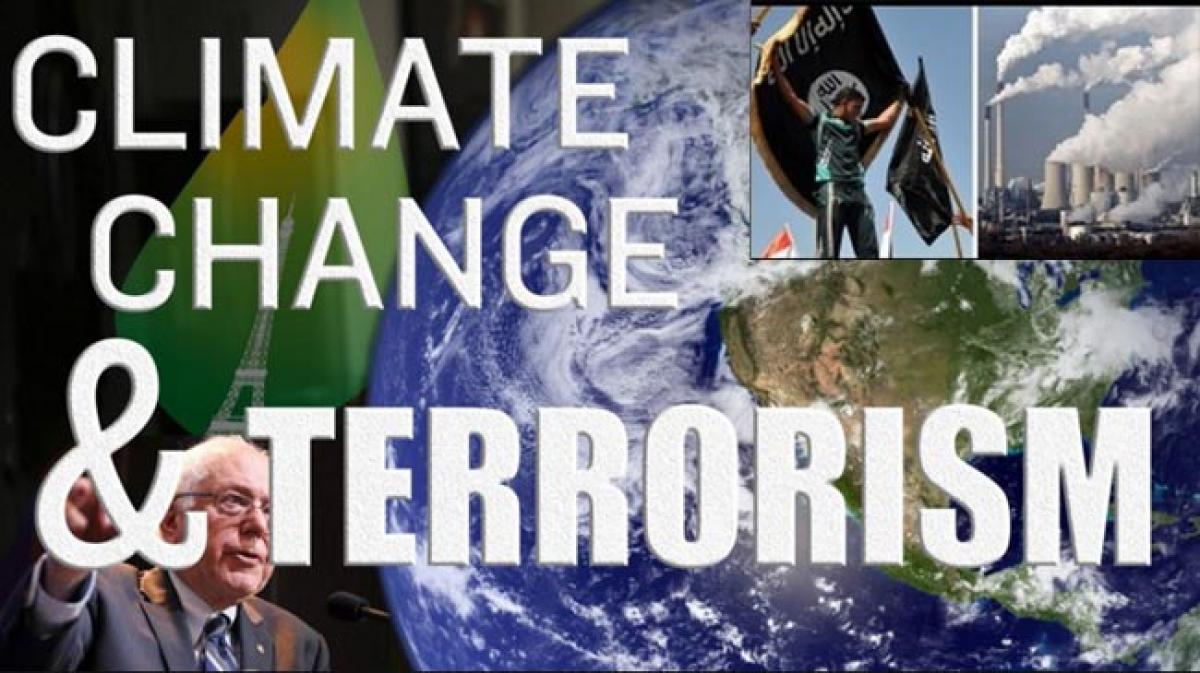 A creative diplomatic solution is also being found to keep the effective role of both the Montreal and Paris accords in phasing down of consumption and production of HFCs. This seems to be the only forward that is better than any other options to keep the temperature rise below 2 deg C while pursuing the efforts to limit it to 1.5 deg C.

It was hotter than normal in Vienna when US Secretary of State John Kerry arrived there late last month. He flew straight from an international meeting with 45 countries on IS-related terror in Washington to the meeting with more than 190 countries on exceptionally innovative negotiations related to climate change.

That demonstrated the unflinching commitment of the US to address, on top priority, two of the most defining challenges of our times terrorism and climate change.

He termed the negotiations in Vienna as "one of the single most important unitary steps that we could possibly take at this moment to stave off the worst impacts of climate change". That step was about the global phase-down of production and consumption of hydro-fluorocarbons (HFCs), one of the six green house gases (GHGs) thousands of times more powerful in warming our earth than carbon dioxide and now widely used in refrigeration and air conditioning including in nearly each and every car manufactured on the planet.

There is a strange similarity between ISIS and HFCs. Both are man-made. The world addressed the threat of weapons of mass destruction in Iraq but that resulted in a larger threat to mankind the IS. The world successfully addressed the threat to the stratospheric ozone layer by eliminating chloro-fluorocarbons (CFCs) but that resulted in the threat of HFCs. Like ISIS, the HFCs threat is growing steeply at over 10 per cent due to the demand from the refrigeration and air conditioning sectors.

The negotiators in Vienna faced a trying and simmering experience. Vienna was unusually hot. Last year had already smashed the record for being the hottest since reporting began in 1850. This year is on the way to break that record. Till June 2016, each month had been hotter than its precedent. The last decade was not only the hottest in history but 15 of the last 16 years were the hottest on the global record.

If successful, the phase down in production and consumption of HFCs can cumulatively avoid the equivalent of more than 100 billion tons of CO2 emissions by 2050. More importantly, warming can be brought down by 0.5 deg C by 2100, as per National Academy of Sciences and Journal of Atmospheric Chemistry and Physics.

But there are other magnetic reasons to focus on the control of HFCs. Unlike carbon dioxide, the most widely emitted GHG that has an atmospheric life of nearly 100 years, many of the HFCs have a very short atmospheric life. Reducing these emissions would effectively give early benefits and slow the near-term rate of climate change, a dire need in the wake of inaction on the Paris climate agreement.

That itself is a convincing reason to bring HFCs under the most successful Montreal Protocol, which effectively prevented the global burnout from UV rays penetrating the earth's depleted stratospheric ozone layer by phasing out production and consumption of man-made chemicals responsible for its depletion.

More than 98 per cent of such chemicals are now history. The world has succeeded in setting the ozone layer on a spectacular recovery path as per the joint scientific assessment of the World Meteorological Organization (WMO) and the United Nations Environment Programme (UNEP) released in 2014.

Global policy makers are more impressed with UNEP's 2015 annual that states that the Montreal Protocol, through halting the depletion of the ozone layer, could save an estimated $2.5 trillion in healthcare costs, including those due to avoided skin cancers, cataracts and avoided damage to agriculture and fisheries. This enormously effective implementation of the Montreal Protocol and hands-on experience in addressing the global environmental challenge prompted the world to take on HFCs.

Inspired by the success, the US, India, Canada and Mexico, along with the EU, and small island countries, have proposed unusual, uncommon but most welcome amendments to the Montreal Protocol to phase down the production and consumption of HFCs.

Getting HFCs controlled by one international treaty into the control regime of another global treaty is an innovative initiative in international environmental diplomacy and is succeeding. The details, however, are being negotiated by discussions on the amendments proposed by the countries.

India's proposal stands out and has much wider support as it is the most comprehensive in terms of the financial and technological needs of the developing countries. It also preserves the principles of the Montreal Protocol by including common but differentiated responsibility. The global agreement on the amendments is expected by the end of 2016.

A creative diplomatic solution is also being found to keep the effective role of both the Montreal and Paris accords in phasing down of consumption and production of HFCs. This seems to be the only forward that is better than any other options to keep the temperature rise below 2 deg C while pursuing the efforts to limit it to 1.5 deg C.

(The author, an IIT-alumnus, is Chairman, TERRE Policy Centre and former director of the UNEP. The views expressed are personal. He can be contacted at shende.rajendra@gmail.com)