Towards a TB free India: It cannot be a lone battle 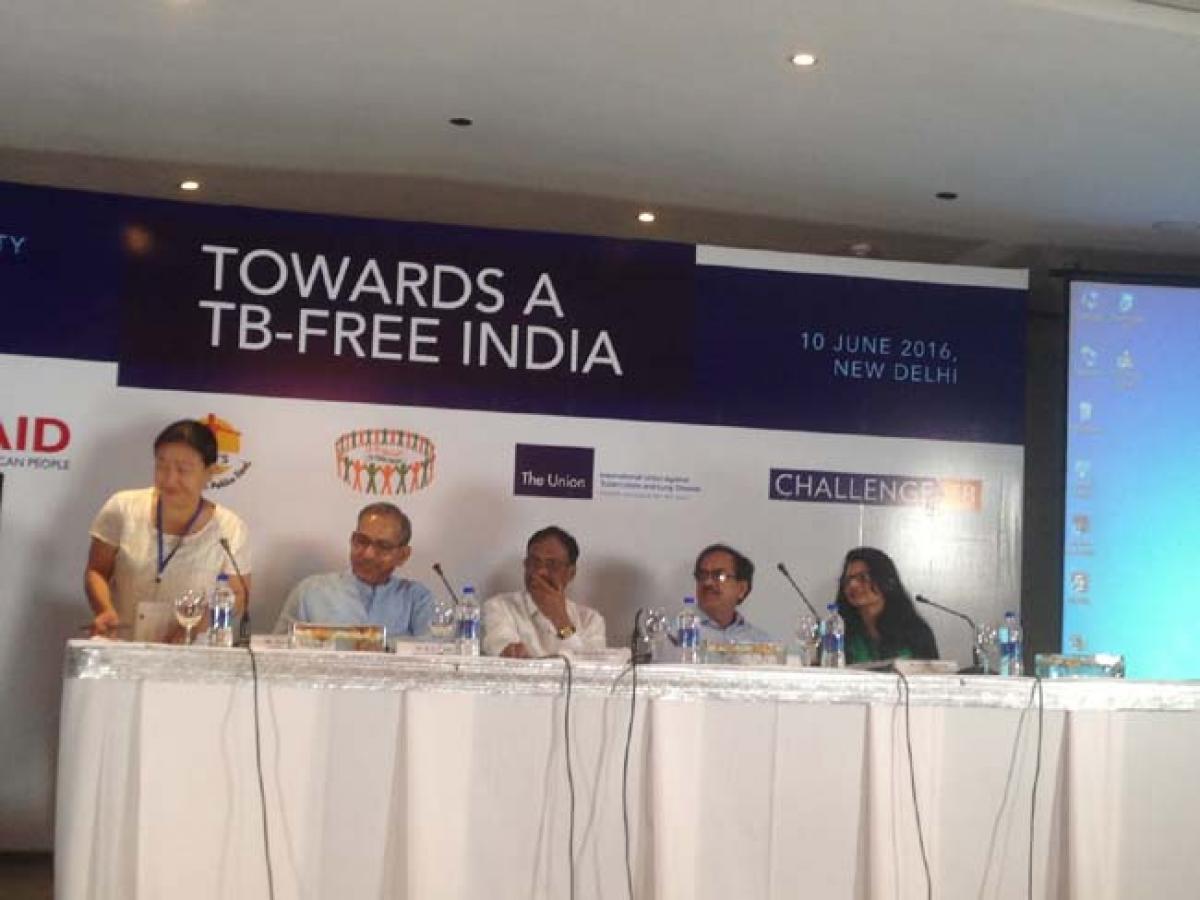 India carries the highest global burden of TB - a curable disease that kills one Indian every 90 seconds. There are 2.2 million new cases of TB in the country every year, out of which an estimated 71,000 cases are of multi-drug resistant TB (MDR-TB).

India carries the highest global burden of TB - a curable disease that kills one Indian every 90 seconds. There are 2.2 million new cases of TB in the country every year, out of which an estimated 71,000 cases are of multi-drug resistant TB (MDR-TB). This curable disease kills 110,000 HIV-associated TB cases also emerging annually in India, second only to South Africa, and the country accounts for 10% of the global TB/HIV burden. Between 2006 and 2014, TB cost the Indian economy a staggering $340 billion.

A TB Free India is not possible without the support of civil society organisations (CSOs) working in the field of maternal, child and adolescent health, nutrition, anti-tobacco use, diabetes and HIV/AIDS. Recently a ‘Civil Society Conclave: Towards a TB Free India’ was hosted in New Delhi by The International Union against TB and Lung Disease (The Union), The Central TB Division (CTD), Ministry of Health and Family Welfare (MoHFW) and The US Agency for International Development (USAID) to discuss the growing problem of TB in vulnerable populations—PLHIV, those suffering from diabetes, tobacco users, migrants, tribals, poor and malnourished people— and the need for collaborations to address the challenges. The government representatives from MoHFW felt the need of public-private partnerships, in addition to synergies between various public health programmes, in order to achieve the goal of universal access to TB care and control—including those 1 million TB patients who seek treatment in the private sector.

During the conclave, The Delhi Network of Positive People (DNP+) raised the issue of non-availability of Rifabutin in Baghpat town of UP for a TB/HIV co-infected patient on 2nd line ART. She was advised by her treating doctor on 5th May to continue ATT with Rifabutin. Despite adequate stock of Rifabutin capsules available in the state as on 30th April 2016, she could get the medicine only on May 11, 2016, and that too after DNP+ relentlessly followed the matter with Central TB Division for over 3 weeks. An earlier report from Bihar said that patients there have to wait for 3-4 months to get initiated on 2nd line ART, and then collect the drugs from Patna. They have to go to Varanasi to get their viral load testing done as there is reportedly no centre in Bihar where this is done free.

Acknowledging that these systemic issues need to be addressed, Dr Jagdish Prasad, Director General Health Services, blamed political apathy (in states like UP and Bihar), and lack of monitoring for improper implementation of the Revised national TB Control Programme (RNTCP). He said that one cannot rely wholly on state governments to implement the national programme, and CSOs will have to step in to reduce this gap and also help the government to reach the unreached and marginalised populations.

Prasad also listed some recent policy changes made in the RNTCP:

(i) the introduction of the rapid diagnostic CB-NAAT test in all districts;
(ii) daily TB drug regimen for TB/HIV co-infected patients and
(iii) the introduction of Bedaquline under conditional access programme. He also mentioned that a robust IT system is now being developed for quality monitoring of the programme at district, state and central level.

While affirming that civil society and community participation is very important, Dr Sunil Khaparde, Deputy Director General, Central TB Division, felt that “Other than ensuring early diagnosis and quality treatment, our programme has to be geared to focus on providing financial and nutritional support, especially to socially vulnerable patients.” Representatives from National AIDS Control Programme (NACO), shared some data on the scale-up of collaborative TB-HIV activities in concentrated HIV epidemic settings—92% (over 40000) of TB infected PLHIV are currently receiving antiretroviral therapy (ART) and 15000 TB/HIV co-infected patients have been put on daily TB regimen; there is a single window delivery system for TB/HIV at ART centres, and intensified TB case findings at HIV care settings.

PEOPLE ARE NOT JUST PART OF PROBLEM, RATHER CENTRAL TO FINDING SOLUTIONS

Dr Reuben Swamickan, Senior Advisor, Tuberculosis and Infectious Diseases, USAID appealed to the CSOs to not just air the problems but help in finding solutions as well. Solutions will come from the communities themselves.

Access to basic social and health services is very important, said Dr Anurag Bhargava, Professor of Medicine, Yenepoya Medical College, Mangalore. He stressed that “As there is a direct link between under-nutrition and active TB, nutritional support should be an integral part of TB care in India. One unit increase in BMI (body mass index) leads to a 13.8% decline in TB incidence.” Dr Sonia Malik, President, Indian Fertility Society, emphasised that women should be addressed as a special group, as biologically (and socially) women are at a higher risk than men to get active TB. Malik advocated for TB screening in antenatal clinics, just like it is done for anaemia, diabetes and HIV.

Ms Rosenara Huidrom, Associate Director, India HIV/AIDS Alliance shared the key achievements of Vihaan—a care and support programme—that has till now reached out to nearly 10,0000 of PLHIV registered at ART centres with care and support services and linked 40% of them with social security schemes. Moreover, over 70000 family members were referred for HIV testing, out of which 5680 tested positive and were linked to ART centres. 174267 lost to follow-up cases were tracked and returned to ART centres. Nearly 26,0000 PLHIV were screened for TB, over 12% of whom tested positive and were linked to TB treatment.

A critical missing element is funding. India currently spends only 1.2% of its GDP on health. This is one of the lowest per capita investments by any country in the world. This under-investment in health is clearly reflected in India's TB budget. Ms Kavita Ayyagari, Project Director- Challenge TB, The Union, said that while India needs $788 million for a full response to TB prevention, current spending is $26 million—a funding gap of 66%. Ms Blessina Kumar, Chair, GCTA, rightly remarked that unless government decisions are translated into timely action at ground level, we cannot end TB. CSOs can assist in early detection, treatment supervision, prevention of TB transmission and addressing social determinants. MDR-TB survivor, Deepti Chavan, shared her tenacious fight against the disease. Coming from a middle-class family of Mumbai, Deepti was diagnosed with MDR-TB at the age of 16 years. After 6 rigorous years of medication and two major surgeries, she finally emerged a winner. From her personal experience, she said that an MDR-TB patient needs not only medicines but also proper nutrition and constant emotional support from the family/society to be able to complete treatment successfully.

While the government can be the enabler of TB services, it cannot be the sole provider. It alone cannot tackle the TB monster. CSOs can act as intermediaries between the government and the beneficiaries. A vibrant CSO network and informed community participation will tremendously improve the reach and quality of services. While we need more powerful TB community voices, the future lies in all stakeholders working together to ensure early and accurate diagnosis, correct treatment, treatment adherence and economic support to affected people. There will have to be a better connect between the corridors of power and ground realities. Alone we can do so little, but together we can do much. TB is a battle we need to fight together.