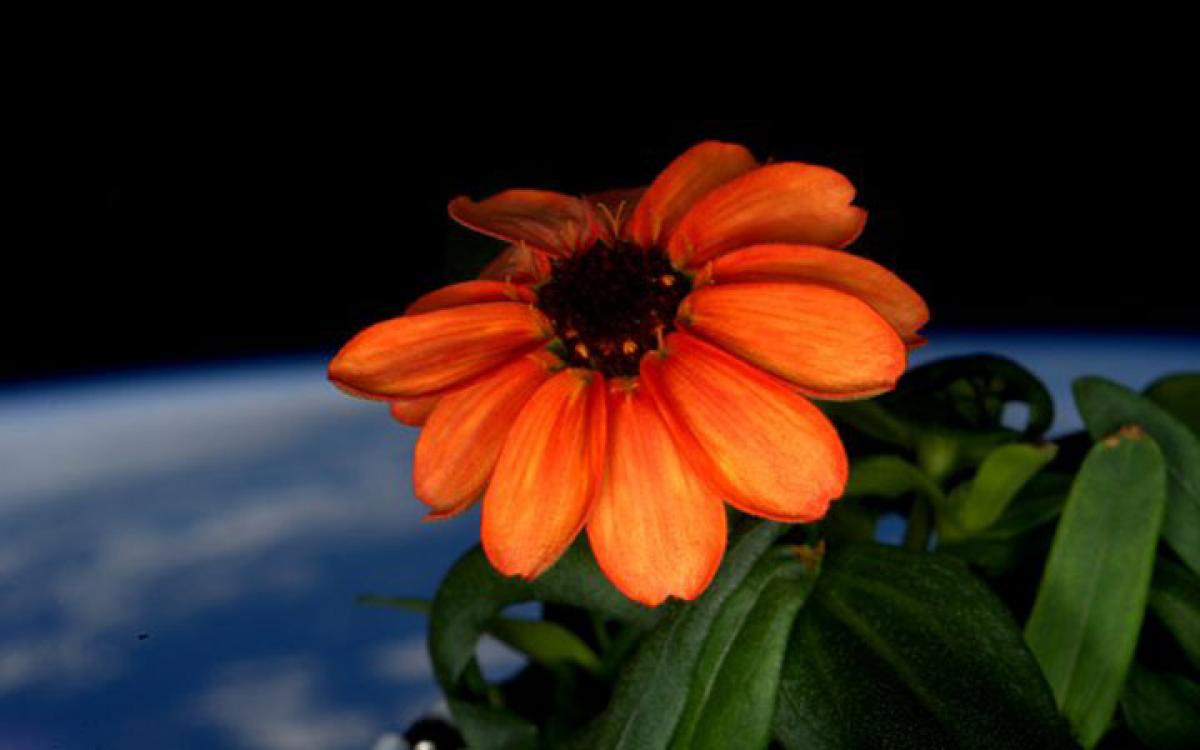 Zinnia grown in a lab in ISS. The flower was grown as part of an experiment astronauts are conducting on how plants grow in microgravity.

London: It took a while coming, but, the first flower has finally bloomed in the outer space. After unsuccessful attempts, Nasa astronaut Scott Kelly has tweeted a photo of the first ever flower grown in space on Saturday.

“Yes, there are other life forms in space!” Kelly tweeted with a photo of an orange Zinnia, a flower native in the southwestern United States.

The flower was grown as part of an experiment astronauts are conducting on how plants grow in microgravity.

Besides the flower, the team also grew lettuce in space, after a failed first attempt.

The flowers were grown inside the Veggie lab aboard International Sp-ace Station (ISS) which was installed in early May 2014.

With the success of this experiment, Zinnia has become the first flowering plant grown outside Earth’s atmosphere.

“Growing zinnia plants will help advance our knowledge of how plants flower in the Veggie growth system, and will enable fruiting plants like tomatoes to be grown and eaten in space using Veggie as the in-orbit garden,” Trent Smith, Veggie project manager at Nasa’s Kennedy Space Center in Florida stated in a press release.

The flowers appear similar to those grown on Earth, except for the curled edges of the petals, which could be due to the zero-gravity conditions.

This has also paved the way for flowering crops such as tomatoes to be grown in space.

If Nasa is ever to undertake deeper space missions, this research could prove to be invaluable, allowing astronauts to use the Veggie system to grow food.

The system, according to scientists, uses red, blue, and green LED lights to simulate sunlight, making the successful growth of the flower you see above possible.

The Veggie project will be beneficial for a Mars mission.