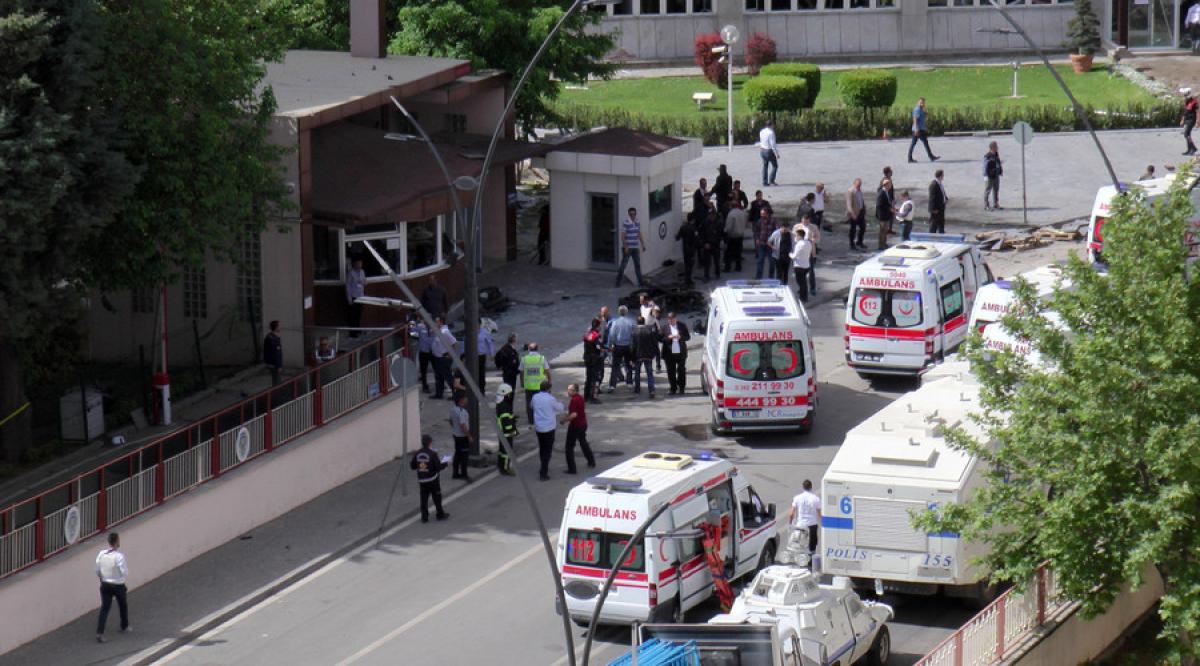 Four police officers were killed and two others wounded when a roadside bomb exploded today as a police vehicle passed by in Kurdish-majority southeastern Turkey, the local governor\'s office said.

Diyarbakir (Turkey): Four police officers were killed and two others wounded when a roadside bomb exploded today as a police vehicle passed by in Kurdish-majority southeastern Turkey, the local governor's office said.

The attack took place in the Sur neighbourhood of Diyarbakir province, where the Turkish army launched an intensive campaign last year against the outlawed Kurdistan Workers' Party (PKK).

"An attack was carried out when explosives...detonated as an armoured vehicle carrying our riot police was passing by," the governor's office said in a statement.

The toll of four police killed raised a previous figure of three dead.

It was not immediately clear who carried out the attack but the state-run Anadolu news agency pointed the finger of blame on "PKK terrorists".

The governor's office called it "an atrocious terror attack", vowing that Turkey would continue to fight "against terror" with determination.

Turkey has been on edge after a wave of attacks blamed on Kurdish militants and Islamic State jihadists.

The PKK -- designated as a terror organisation by Ankara, the United States and the European Union -- has been waging an insurgency against Turkey since 1984.