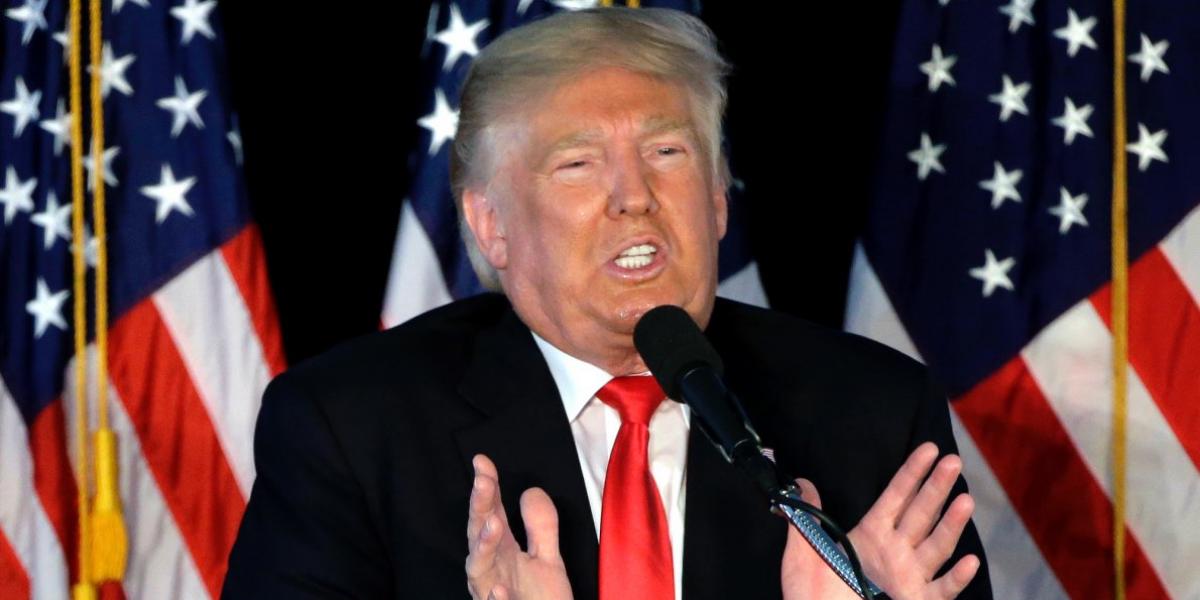 A tweet from Donald Trump in defence of his controversial travel ban saw the US President being mocked by Twitterati for the confusing post.

A tweet from Donald Trump in defence of his controversial travel ban saw the US President being mocked by Twitterati for the confusing post.

Trump warned in a tweet on Wednesday that undesirables were entering the country, saying the federal appeals court considering his travel ban has an "EASY D!" which the Urban Dictionary defines as promiscuous women.

"Big increase in traffic into our country from certain areas, while our people are far more vulnerable, as we wait for what should be EASY D!" Trump tweeted.

Trump apparently meant to say the court faced an easy decision but Twitter laughed over the faux pas.

"I've instructed my staff that I expect to be called 'Easy D' for the remainder of this week. #chillin," said Connecticut congressman Jim Himes, whose name does not contain the letter D but is a Democrat.

"I don't think you know what 'easy d' means?.#urbandictionary #ormaybeyoudo," said a user.

Trump recently signed a controversial executive order barring entry to all refugees for 120 days, and to travellers from Iran, Iraq, Libya, Somalia, Sudan, Syria and Yemen for 90 days, triggering chaos at US airports and worldwide condemnation.

The executive order has been halted by a federal court, which has now been challenged by the Trump Administration.

The Department of Justice has reached to the Ninth US Circuit Court of Appeals to remove the stay on the executive orders. The court is yet to come out with its verdict.