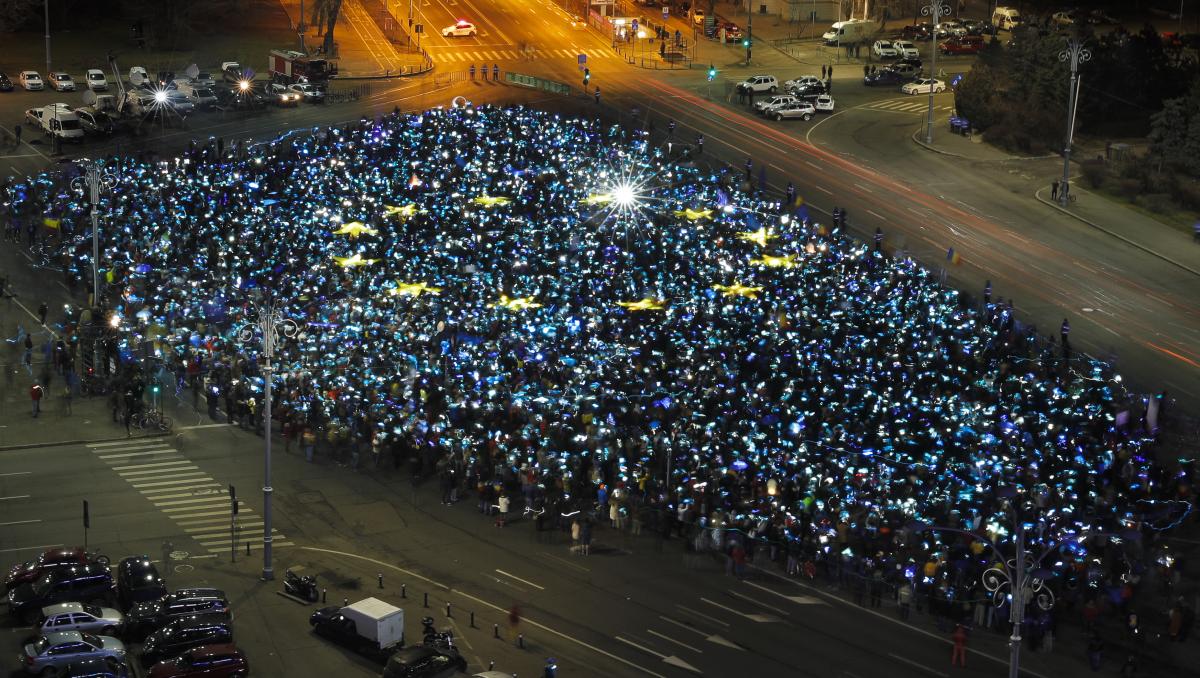 Thousands protested in the Romanian capital Bucharest on Sunday against the Social Democrat government that tried to weaken a crackdown on corruption earlier this month.

Thousands protested in the Romanian capital Bucharest on Sunday against the Social Democrat government that tried to weaken a crackdown on corruption earlier this month.

In early February, the cabinet of Prime Minister Sorin Grindeanu approved an emergency decree that would have decriminalised several graft offences.

The move drew criticism from Western allies and triggering nationwide protests that at their height drew at least half a million people onto the streets.

The ruling coalition rescinded the decree, which would have shielded dozens of public officials from prosecution, and on Wednesday it reshuffled the cabinet, hoping to draw a line under the matter.

While the numbers of protesters has fallen sharply since early February, an estimated 3,000 to 5,000 people gathered outside government headquarters on Sunday demanding the resignation of a government they say they cannot trust. Many were carrying pins that read "Resist".

At 1900 GMT they raised pieces of blue and yellow paper above their heads and lit them with mobile phones to form a giant European Union flag.

At previous protests this month, they also formed the Romanian flag. Thousands more protested in other cities across Romania.

In a country report released last week, the European Commission said the government's rescinded decree would have reversed efforts to curb graft which Romania has made in the decade since it joined the EU.

Transparency International ranks Romania among the EU’s most corrupt states and Brussels keeps its justice system under special monitoring.

The EU has praised prosecutors and magistrates for their efforts to stamp out corruption, but has noted a trend in parliament to weaken anti-graft legislation.

"Resist" suits me," Prime Minister Sorin Grindeanu was quoted telling a local television station. "I am trying to calm things down. I want to enforce the governing programme."

The Social Democrats and their junior coalition partner ALDE won a large majority in a December parliamentary election on a promise to raise pensions and wages and boost infrastructure in one of the EU's poorest states. They still enjoy wide support.

On Saturday, around 8,000 people are estimated to have attended a pro-government rally organised by the Social Democrats in the central Romanian town of Targoviste.