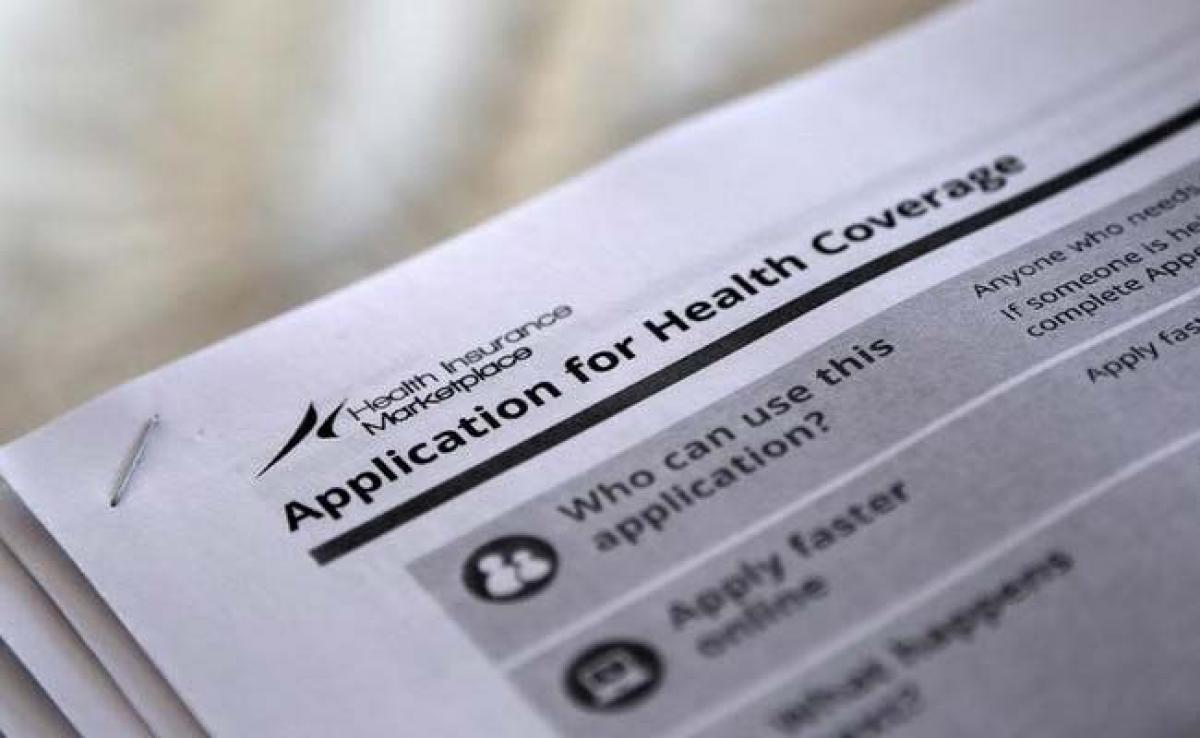 The agency, however, said federal deficits would fall by $337 billion between 2017 and 2026 under the Republican bill.

Fourteen million Americans would lose medical insurance by next year under a Republican plan to dismantle Obamacare that would also reduce the budget deficit, the nonpartisan U.S. Congressional Budget Office said on Monday.

The CBO report, which also dealt a potential setback to President Donald Trump's first major legislative initiative, forecast that 24 million more people would be uninsured in 2026 if the plan being considered in the House of Representatives were adopted. Obamacare expanded insurance to about 20 million Americans.

The report could influence sentiment toward a bill already under fire from Democrats and some Republicans, who have long vowed to repeal the 2010 Affordable Care Act, former Democratic President Barack Obama's signature piece of domestic policy.

The CBO projected that 52 million people would be uninsured by 2026 if the bill became law, compared with 28 million who would not have coverage that year if the law remained unchanged.

Two House of Representatives committees have approved the legislation to dismantle Obamacare that was unveiled by Republican leaders a week ago, but it faces opposition from not only Democrats but also medical providers including doctors and hospitals and many conservatives. The CBO report's findings could make the Republican plan a harder sell for lawmakers, particularly in the U.S. Senate.

The agency, however, said federal deficits would fall by $337 billion between 2017 and 2026 under the Republican bill.

Some health policy experts and Wall Street analysts said the report was more draconian than expected, with the uninsured rate declining more quickly than foreseen. Doctors groups and patient advocates said the bill must be abandoned.

Some Republicans worry a misfire on the Republican healthcare legislation could hobble Trump's presidency and set the stage for losses for the party in the 2018 congressional elections.

The Trump administration defended the healthcare plan, which they say will have a second and third phase that will entice consumers. Health and Human Services Secretary Tom Price said at the White House that Trump's plan would cover more individuals at a lower cost and it was "virtually impossible" to envision that 14 million people would lose insurance coverage by next year.

Democratic leaders in Congress said the bill could result in elderly people being kicked out of nursing homes as it simultaneously gives tax cuts for the richest Americans.

"How can they look their constituents in the eye when they say 24 million of you no longer have coverage and those of you who do have it, will have less coverage at more cost to you," House Democratic leader Nancy Pelosi said.

The Affordable Care Act, often called Obamacare, aimed to help restrain U.S. healthcare spending, which is about 17 percent of the nation's economy, but it has continued to grow faster than inflation.

The proposal would end the Obamacare expansion of the Medicaid insurance program for the poor and would replace Obamacare's income-based subsidies with fixed tax credits for the purchase of private insurance.

The nonpartisan Tax Policy Center on Monday said the Republican plan would benefit the wealthiest U.S. households far more than middle-income families. A family making $51,600 to $89,400 a year, including fringe benefits like employer-provided health insurance, would get a tax cut averaging $300. The top 0.1 percent of earners with incomes of at least $3.9 million would get a tax cut of about $207,000, the study said.

The CBO estimated that insurance premiums would rise 15 percent to 20 percent in both 2018 and 2019 because fewer healthy people would sign up after the repeal of the Obamacare penalty for declining to obtain insurance. But it said the hikes would be offset after 2020 by a $100 billion fund allocated to states in the bill and deregulation in the insurance market.

While the federal government would lose revenues through the repeal of Obamacare's individual and employer mandates' tax penalties, CBO said the loss would be surpassed by savings on insurance subsidies and Medicaid payments that Washington would no longer have to provide for people who lost coverage.

At the same time, CBO said the repeal of the individual mandate's tax penalties would mean higher health insurance premiums for those who retained coverage, because insurers would still have to cover any applicant without being free to raise premiums for older, sicker people, despite lower numbers of younger, healthier customers who are cheaper to insure.

Craig Garthwaite, director of the healthcare program at Northwestern University's Kellogg School of Management, said the CBO estimates made it harder for Republicans to sell their proposal.

"Overall, this is a really bad number for the AHCA. Far more people are predicted to lose coverage than many estimated - and these losses are going to happen more quickly than we would have thought," he said.

"Our plan is not about forcing people to buy expensive, one-size-fits-all coverage. It is about giving people more choices and better access to a plan they want and can afford. When people have more choices, costs go down," Ryan said.

Vishnu Lekraj, an equity analyst at Morningstar, said the bill is a net negative for insurers, who would be helped by the elimination of a tax, but hurt by the shrinking individual insurance business.

"The headline number will be viewed as a shock to the system tomorrow," Brian Tanquilut, a stock analyst at Jefferies said of the 14 million losing insurance next year. "The reality of this is that the number being big makes it harder for the bill to pass in its current form."