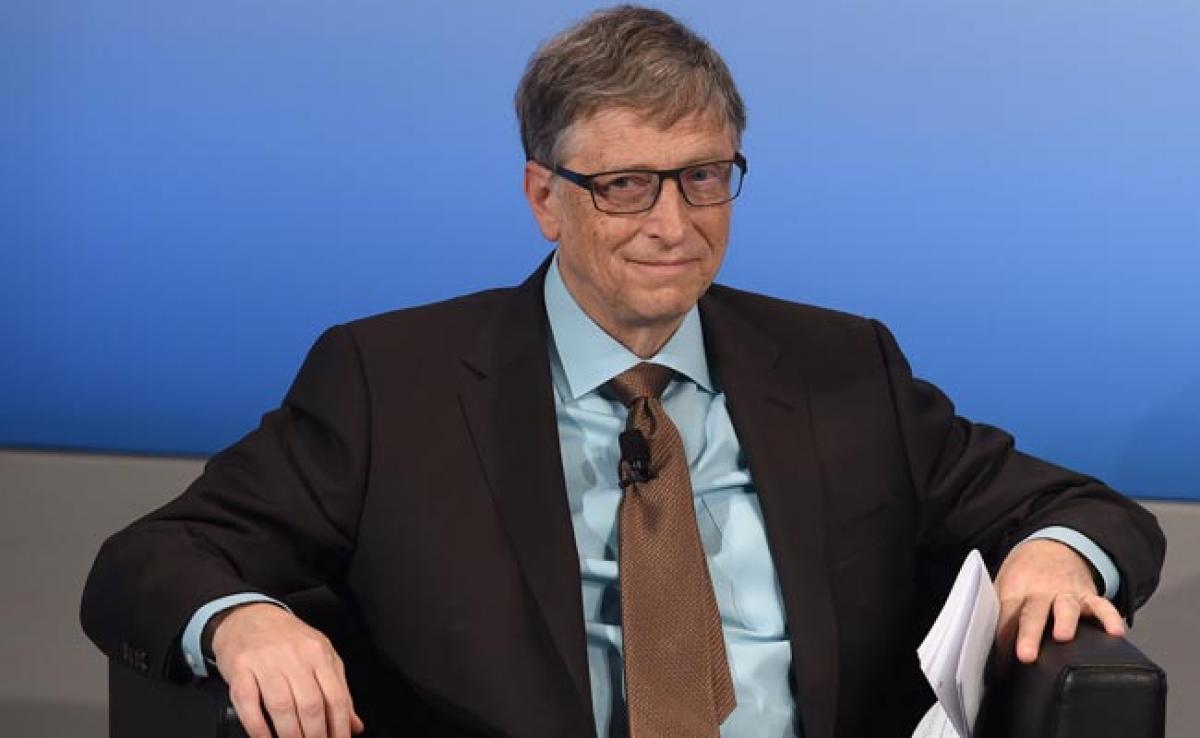 Microsoft co-founder Bill Gates once again topped the Forbes magazine list of the world\'s more than 2,000 billionaires, while US President Donald Trump slipped more than 200 spots, the magazine said Monday.

Microsoft co-founder Bill Gates once again topped the Forbes magazine list of the world's more than 2,000 billionaires, while US President Donald Trump slipped more than 200 spots, the magazine said Monday.

Gates, whose wealth is estimated at $86 billion, led the list for the fourth straight year, and has been ranked as the richest person in the world for 18 of the past 23 years.

Among the top 10 billionaires, a group heavily dominated by Americans, many from the technology sector, Gates was followed by Berkshire Hathaway chief Warren Buffett, with wealth was estimated at $75.6 billion, a $14.8 billion jump from the 2016 list, despite his pledge to give away 99 percent of his wealth.

Others in the top 10 included Amazon founder Jeff Bezos who moved up to number three with the biggest gain of any person on the planet, a $27.6 billion increase to his fortune of $72.8 billion. Facebook creator Mark Zuckerberg was number five and Oracle co-founder Larry Ellison was number seven.

There are 183 tech billionaires in all with a combined $1 trillion in wealth, Forbes said.

The global population of billionaires jumped 13 percent from last year to a record 2,043, the biggest annual increase in the 31 years since the magazine began compiling the list, Forbes said.

The US had the most billionaires with 565, a product of the swelling value of the American stock market since Trump's November 2016 election.

China was second with 319 billionaires, and Germany was third with 114.

Trump slipped 220 spots on the list to 544 with an estimated $3.5 billion, a decline of $1 billion from last year. Forbes attributed Trump's drop to sluggishness in the midtown Manhattan real estate market which is responsible for a disproportionate amount of his wealth.

"Forty percent of Donald Trump's fortune is tied up in Trump Tower and eight buildings within one mile of it," Forbes said. "Lately, the neighborhood has been struggling (relatively speaking)."

Forbes also said Trump's wealth was hit by $66 million in political spending on his successful presidential campaign, as well as $25 million to settle litigation he allegedly ripped off students at Trump University.

The US president also would have missed the big stock market rally following his election, "assuming Trump sold off all of his stocks during last year's campaign, as he has claimed," the magazine said.

But not all of the trends were negative for Trump.

The magazine estimated the worth of the Mar-a-Lago resort in Florida rose $25 million due to post-election exposure. Trump also got a boost from an increase in land values in lower Manhattan where he holds the 40 Wall Street tower.

The highest ranking woman on the list was L'Oreal cosmetics shareholder Liliane Bettencourt, who was 14th with $39.5 billion. The only other woman in the top 20 was Alice Walton, only daughter of Wal-Mart Stores founder Sam Walton.

Overall, there were 227 women billionaires, the majority of whom inherited their wealth. But the list also contained 15 new "self-made" women, mostly from Asian countries, including Vietnam's Nguyen Thi Phuong Thao of budget airline VietJet air.

Among other luminaries on the list, Alibaba founder Jack Ma was 23rd with $28.3 billion; activist investor and Trump deregulation adviser Carl Icahn was 55th with $16.6 billion; fashion designer Giorgio Armani was tied for 215th with $6.6 billion; Hollywood director Steven Spielberg was tied for 501st with $3.7 billion; and entertainment giant Oprah Winfrey was tied for 660th with $3 billion.