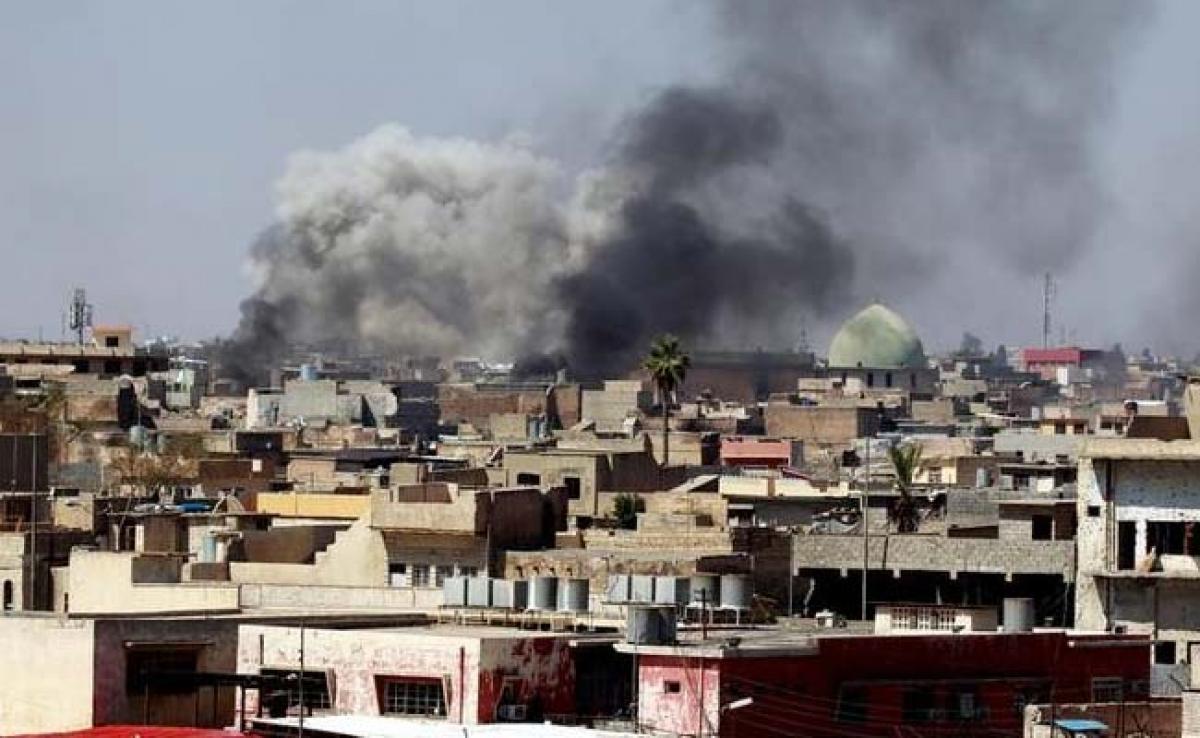 Iraq\'s military said on Sunday that 61 bodies were recovered from a collapsed building that ISIS had booby-trapped in west Mosul, but there was no sign the building had been hit by a coalition air strike.

Iraq's military said on Sunday that 61 bodies were recovered from a collapsed building that ISIS had booby-trapped in west Mosul, but there was no sign the building had been hit by a coalition air strike.

The military statement differed from reports by witnesses and local officials that said as many as 200 bodies had been pulled from the building after a coalition strike last week targeted ISIS terrorists and equipment in the Jadida district.

What happened on March 17 remains unclear and details are difficult to confirm as Iraqi forces battle with ISIS to recapture the densely populated parts of the western half of Mosul, the terrorist group's last stronghold in Iraq.

One federal police officer said they had killed a terrorist in a suicide vest trying to infiltrate their position, and exchanged fire with two other fighters.

At the north edge of Mosul, Iraqi army divisions raided and entered the Badush cement factory, to where terrorists had retreated, Lt. Col. Ali Jassem of the 9th armoured division said. Army units are clearing villages to the north.

As combat continues, the Jadida incident highlights the complexity of fighting in west Mosul, where terrorists hide among families, using them as shields and putting at risk as many as half a million people still caught in ISIS-held areas.

Thousands have already fled Mosul and coalition officials and Iraq's Shi'ite-led government are wary of incidents that could alienate residents of the mainly Sunni city and fuel the kind of sectarian tensions that helped ISIS's rise.

The US-led coalition backing Iraqi forces on Saturday said it carried out a strike on ISIS terrorists and equipment in the area of the reported deaths, and was investigating. It did not give figures for any casualties or details of targets.

The Iraqi military command said witnesses had told troops that the building was booby-trapped and terrorists had forced residents inside basements to use them as shields. ISIS terrorists had also fired on troops from houses, it said.

"A team of military experts from field commanders checked the building where the media reported that the house was completely destroyed. All walls were booby-trapped and there is no hole that indicates an air strike," it said.

A coalition air strike had hit the area at the time though there was no sign it struck that building, it said.

The military casualty figure was lower than that given by local officials. A municipal official said on Saturday that 240 bodies had been pulled from the rubble. A local lawmaker and two witnesses say a coalition air strike may have targeted a large truck bomb, triggering a blast that collapsed buildings.

Ghazwan al-Dawoodi, head of the local Nineveh governorate human rights council, said his team had made a field visit and that 173 people were killed after terrorists forced them into a bunker, and then opened fire on gunships to prompt an airstrike.

Iraqi forces have retaken the east of Mosul and half of the west, across the Tigris River that divides Iraq's second city. Thousands of people are fleeing each day to escape the fighting and increasingly difficult conditions.

Aid groups are scrambling to build more camps to cope with the surge.

The Iraqi Observatory for Human Rights said that since the campaign against western Mosul began on Feb. 19, unconfirmed reports have said nearly 700 civilians have been killed by government and coalition air strikes or ISIS action.

The terrorists have used car bombs, snipers and mortar fire to counter the offensive. They have also stationed themselves in homes belonging to Mosul residents, from which they fire at Iraqi troops, often drawing air or artillery strikes that have killed civilians.