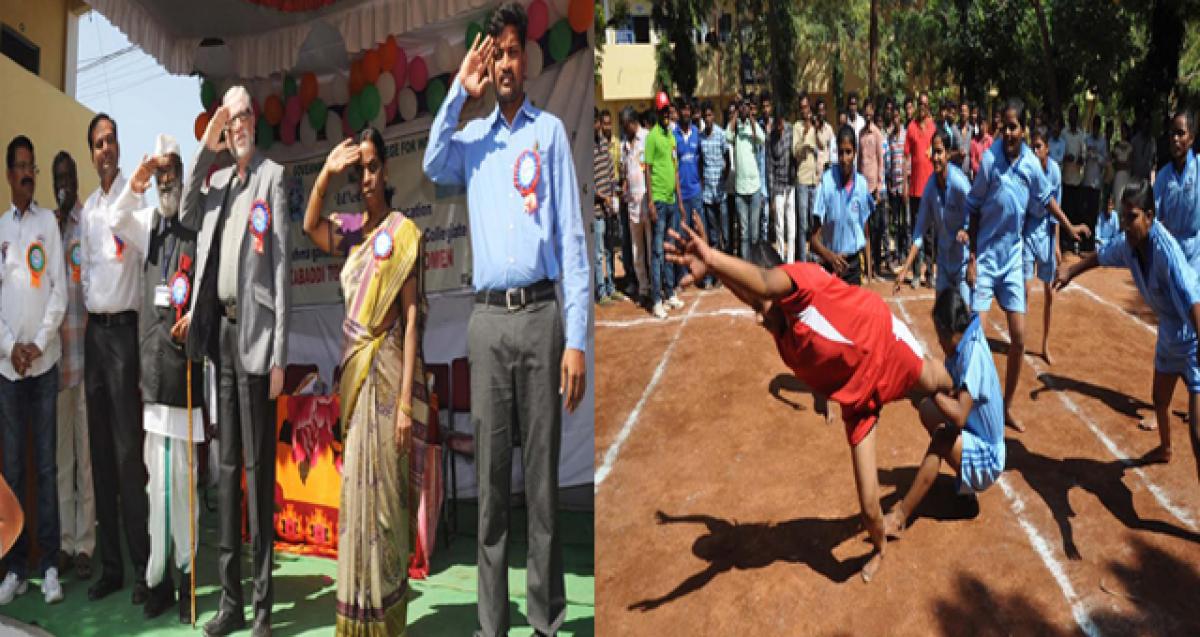 Nalgonda: The Vice-Chancellor of Mahatma Gandhi University (MGU) Prof Khaja Altaf Husain on Tuesday felt that participation in extra-curricular activities by the students would help in developing sportive spirit and also communication skill.

Launching Mahatma Gandhi University Level Inter Collegiate Kabaddi tournaments for women in Government Women’s College in Nalgonda, Prof Husain said students should participate in sports and games to develop sportive spirit which in the long run helps them in career and life.

He exhorted the managements of the colleges and teaching staff to encourage students towards sports also in addition to classroom teaching. He opined these activities would pull students regularly to the colleges.

Stating that children acquire intellectual behaviour from their mother, Husain said women play a crucial role in the society’s development. Claiming that women empowerment was already achieved in the country, he said women’s institutions including women’s colleges have been contributing their mite for the development of the country.

He informed that proposals were sent to the government for development of facilities for sports and games in the university campus with estimated Rs 6 crore. He exuded confidence that next inter collegiate tournaments would be conducted in the varsity campus.

The players, who would perform well in these tournaments, would be selected for All-India Inter University South Zone Tournaments, which would be conducted in the month of December.