TDP wakes up from a slumber : Srikanth Reddy 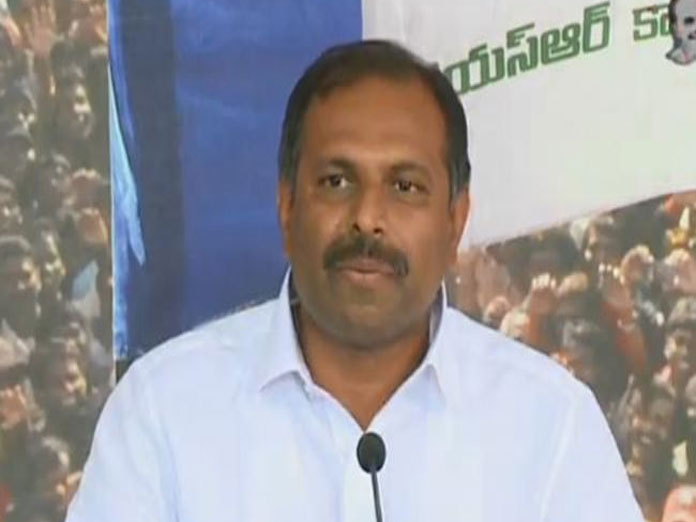 Flaying Chandrababu government for heaping sops on people with an eye on elections, YSR Congress has said that TDP has been sailing with Congress but has kept the door open for BJP as well as the leadership is neck deep in scams

Hyderabad: Flaying Chandrababu government for heaping sops on people with an eye on elections, YSR Congress has said that TDP has been sailing with Congress but has kept the door open for BJP as well as the leadership is neck deep in scams.

Speaking to reporters here on Monday, Party MLA and senior leader G Srikanth Reddy said, ‘suddenly TDP appears to have woken up from a slumber and has started giving sops from pensions to medicare though it was indifferent for 4.5 years and it still maintains cordial relations with BJP despite aligning with Congress.

The slew of welfare measures that have been announced were all in the form of assurances given our leader YS Jagan Mohan Reddy much earlier, and as the ruling dispensation is scared of its fast eroding base, started announcing them but people have seen the nature of Chandrababu Naidu who never keeps up his promise.

Before elections, there could be some announcements but the TDP lacks commitment which all sections of people have seen for the past 4.5 years and are in no mood to fall for the publicity blitz, he said adding that Dr YS Rajasekhar Reddy had never announced any sops before going to 2009 elections and placed his performance before the people who judged him and voted him back to power against the Grand Alliance, he said.

Chandrababu has nothing to speak about his achievements but only betrayal would come to the fore and people can never forget nor forgive his indifference.

After the cash for vote scam broke out, he had shifted the base in a hurry and is scared of KCR and Narendra Modi. He has kept a channel with BJP open by cultivating a few top leaders in the Party in case of any reverses, he said.

The TDP state ministers writing letters to YS Jagan Mohan Reddy looks ridiculous as it was TDP that is in power and was in coalition with NDA for 4.5 years. If it could not do anything in such a long period, it shows the incompetence of Chandrababu Naidu government, he said.