Learn the latest dating terms of 2019. Modern dating is an absolute minefield one should know to steer it well 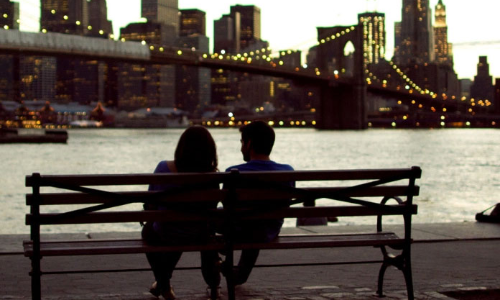 No more meeting someone in a bar or a restaurant and embarking on a modern courtship As anyone who has attempted to find love in 2018 knows only too well, modern dating is an absolute minefield

No more meeting someone in a bar or a restaurant and embarking on a modern courtship. As anyone who has attempted to find love in 2018 knows only too well, modern dating is an absolute minefield.

Navigate all your various dating apps like Tinder, Bumble to name but a few. and labour over the perfect profile picture and bio, then you need to pique a potential partner's intrest with a killer opening line... and that's all before you've even met.

After a potentially akward date, you should keep waiting for your fate, thinking what would happen. BUT WHY? Throw into the mix a plethora of different ways of rejecting and it's enough to crave celibacy for the rest of your days.

And while you've probably heard of - or actually been ghosted, theres a whole host of new dating terms to get to grips with.

we've enlisted few from the dating app happn, to reveal the new dating trends you need to know for navigating dating this year

SO you and that one special someone ended things because it's not you, it's me or maybe you did'nt, it might have been left a bit unclear and you aren't sure if it's on or off. either way, you noticed that while you are off enjoying the single life and posting on your social media, that person continiously likes all your photos and spies on all of your instagram stories, just so you know that they're still around and thinking about you and leaving you wondering, are we or are'nt we? if someone is not quite in your life and not quiet entierly removed, then it is likely you are beign orbited.

The horrid trend of pocketing is on the rise and you don't want to be the one whose been stuffed into a pocket by someone you really thought a relationship was growing with. If you aren't being introduced to his friends and family within months of spending time together, then it might be time to open your eyes because you have been pocketed. A pocket-er- is only ever available when they want to hang out or when their schedules are clear of any public encounters. Make sure you are always with someone who is excited to show off you as new arm candy!

So have you been seeing someone for quite sometime and want to have a little extra security, just in case.You start getting a little friendlier with someone else, so you have something to fall back on if it all goes wrong. If you are guilty of this then you are officially cookie jarring. Give yourself time to get to know someone without the influence of anyone else and if things just don't work out , then that's okay- trying to understand why and learning from it could give you valuable insight into what you are looking for in the next potential candidate for your affection.

This term denotes being someone's guilty secret with no introductions to friends or family. Awks. It's like they are ashamed of you or hiding you. It's also a real indicator of a manipulator and someone who wants to end up controlling your activity.

While ghosting describes someone who suddenly disappears off the face of the earth with no explanation, Zombie-ing is the act of suddenly re- appearing and acting as if nothing has happened.

Ever have the feeling the person you're dating is also dating? Welcome to benching. Benching is when you are clearly someone's Plan B or c while they clearly shop around for a better deal.

Is there anything more infuriating than beign on a date with someone who is paying more attention to their phone? You're officially being side-barred. This is when you're on a date and your partner is constantly on or distracted by their phone, unable to be completely present with you.

While ghosts vanish from the face of the earth, perhaps more infuriating is a haunter, who clearly spies on you via social media without actally making any direct contacy. Boo.

Now you're acquainted with the latest dating lingo. reading the best chat-up lines.