The pitiable state of civil servants 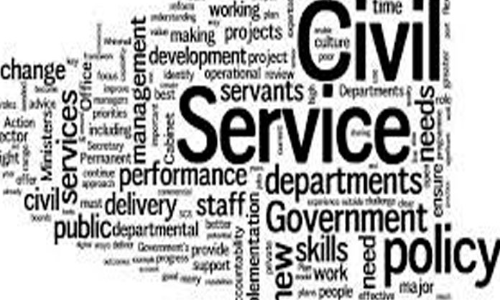 Political intervention is required in a democracy as legislators are elected by the people. Political interference destroys.’ Further as the eminent Professor Harsh V pant put it ‘’Bureaucracies often tend to morph into interest groups, focussed on preserving their own institutional privileges. In democracies, effective political control and guidance is absolutely critical if bureaucracies are not to become corrosive on policy making.’’

But the ground realities are different in the case of civil servants whose character, integrity and uncompromising honesty is not subservient to an incorrigibly corrupt political system. Whether the ruling political establishment is headed by the BJP or the Congress or even by a left-front government, Honest civil servants find themselves ‘’ mere square pegs in the round hole of a system gone awry.’’

For instance, Ashok Khemka, IAS is a victim of the politician-mafia nexus for raising his voice against irregularities in land deals in Haryana. His frequent transfers from prime positions of power during the Congress regime continue even after the change of government in Haryana. For the fifty second time, he is transferred from the post of principal secretary , Sports and Youth Affairs to that of Science and Technology.

According to the reports of Administrative Reforms Commissions submitted a decade ago, 55 percent of IAS officers spent less than a year in their respective postings while 27 percent were in their posts just between one-two years. Do the frequent transfers of Ashok Khemka deserve to be included in the books of World Records ? No.

There are many other IAS officers whose tenures are affected by even more frequent transfers. Vineet Chaudhary, an IAS officer of the 1982 batch has been transferred 56 times in his 32-year long career. In a single year, he had the rare distinction(?) of being transferred three times. His minimum stay in one post was said to be two months.

Winston Mark Simon, a 1977 batch IAS officer, was a little more fortunate than Chaudhary as his average stay in a post was said to be four months. M.Shayin , a 2002 batch Haryana cadre officer was also a victim of 23 transfers in 11 years.

The Hota Committee which went into the frequent transfers of IAS officers submitted a report stating that ‘’ Officials of the state government—particularly officials of the All India Services serving in connection with affairs of the state are quite demoralised as they are transferred frequently n the whims and caprices of local politicians and other vested interests who successfully prevail upon the Chief Minister to order such transfers.

The Committee also recommended a fixed tenure for officials in order to ensure effective functioning of the government machinery. But more gruesome were the pathetic murders of IAS officers who donned the roles of whistle-blowers. They were physically eliminated by the cliques of mafias. DK Ravi, IAS officer of Karnataka cadre, Narendra Kumar Singh a young IPS officer .

Yashwant Sonawane , Satyendra Dubey, ,an IES officer, G. Krishnaiah , Gopalganj District Magistrate et al were done away with by the vicious circle of vested interests. In most of the cases, the culprits are yet to be sentenced by the courts of law.