My statement on Hindi-speaking people twisted out of context : Assam CM 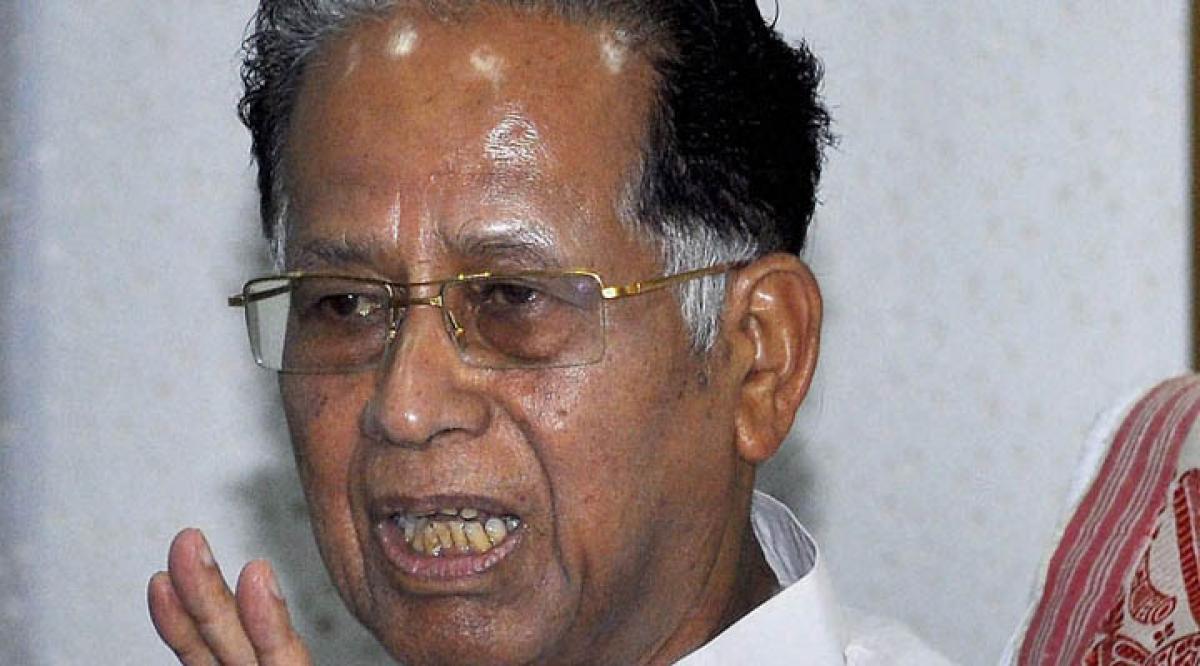 Assam Chief Minister Tarun Gogoi on Sunday said that his statement on Hindi-speaking people has been twisted and wrongly interpreted to give it a different colour by Union Minister Venkaiah Naidu and BJP General Secretary Ram Madhav.

Assam Chief Minister Tarun Gogoi on Sunday said that his statement on Hindi-speaking people has been twisted and wrongly interpreted to give it a different colour by Union Minister Venkaiah Naidu and BJP General Secretary Ram Madhav.

In a statement Gogoi said that his comments on Hindi-speaking people has been twisted out of context and given a different colour altogether by the Union Minister Venkaiah Naidu and other BJP leaders to fulfil their own vested political interests.
“I have never uttered anything against the Hindi speaking people. My statement has been twisted out of context by Union Minister Venkaiah Naidu and other BJP leaders to give it a different colour. In fact, what I said was, the State unit of BJP has become a Hindi-centric party wholly dominated by Hindi speaking leaders,” Gogoi said.
Gogoi said that he has been all along safeguarding the interests of the Hindi-speaking people in the State during the past 14 years of his Government.
The Assam CM said that his Government would soon constitute a Development Council for Hindi-speaking people so that they forge ahead on the path of growth and development.
“Assam is the only State having Development Councils for minority communities, including the Hindi-speaking people,” Gogoi said.
Gogoi said that he has been heading the Rashtrabhasa Prachar Samiti and taking steps to promote Hindi language, besides taking part in Hindi literary meets.
“In my entire political career spanning several decades during which I was the AICC in-charge for Bihar and UP, I have been all along working for the interests of all sections of people, including the Hindi-speaking people. Espousing the cause of Assam and its people has always been uppermost in my mind,” Gogoi said.
The Assam CM further said that his Council of Ministers comprises representatives from different communities, including Hindi-speaking people.
“My Council of Ministers consists of representatives from different communities, including Hindi-speaking people. Even my Parliamentary Secretary is a Hindi-speaking person. Unlike the BJP party dominated by Hindi-speaking leaders whose writ runs on our spineless local BJP leaders who more often remain mute for their petty interests, our Hindi-speaking leaders in the Congress party only advice us on important issues but in no way diktat terms,” Gogoi said.
Gogoi accused BJP's national functionaries of trying to impose Hindi pronunciations, while referring to Assamese.
“BJP's Assam in-charge Mahendra Singh has referred to Srimanta Sankardeva (Vaishnavite saint) as Baba Sankardeo, which is totally unacceptable. All these leaders do not even know how to pronounce Assamese names. They call former BJP state president Sidhartha Bhattacharya as Sidharth, present president Sarbananda Sonowal as Sonwal and Himanta Biswa Sarma as Hemant Biswa Karma. Actually the problem lies with these BJP leaders is that they do not understand the local sentiments and issues,” the Assam CM said.
Gogoi said that the BJP national functionaries are making a beeline to the State to woo the voters with promises galore but have put important issues on the backburner.
“If they really love Assam the BJP-led Government would not have deprived Assam and other North Eastern States by withdrawing the Special Category status, suspension of North East Industrial and Investment Promotion Policy, slashing of Central funds, besides going back on its election promises of sending back all the Bangladeshis and containing price rise if it assumed power at the Centre,” Gogoi quipped.
(Reporting by Hemanta Kumar Nath)
Show Full Article
Email ArticlePrint Article
More On