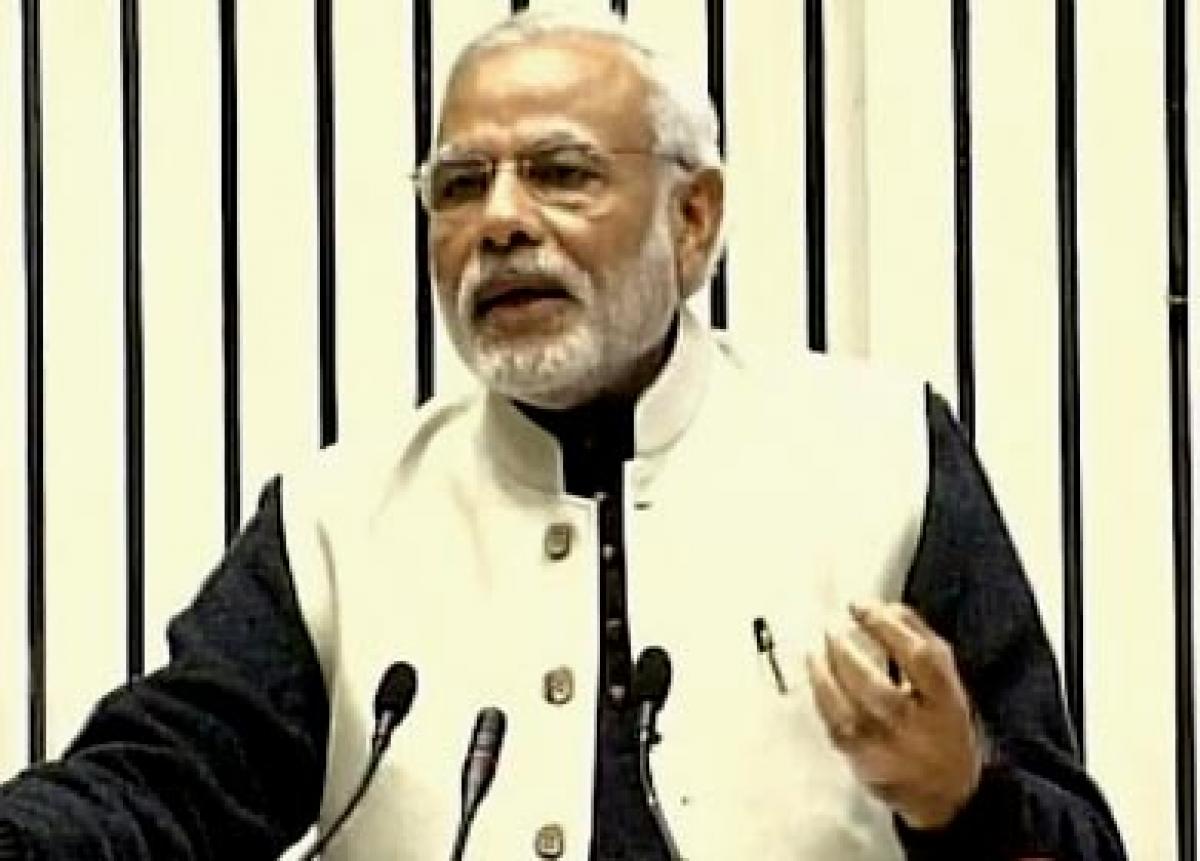 Lauding the entrepreneurs for fostering innovation and start-ups, Prime Minister Narendra Modi on Friday said that the chances of a start-up succeeding depends of the risk taking ability of the entrepreneur.

New Delhi: Lauding the entrepreneurs for fostering innovation and start-ups, Prime Minister Narendra Modi on Friday said that the chances of a start-up succeeding depends of the risk taking ability of the entrepreneur.

Speaking at the launch of Start-up India programme here at Vigyan Bhawan, the Prime Minister said that several people who embark on a business venture leave it halfway.

"I had spoken about Start-up India from the Red Fort and today we are seeing what this is all about... Ideas are many but some leave the idea halfway while others get very involved in the idea," he said.

"But today when those people have become successful, everyone have started thinking about ways to start their own start ups.. People who have achieved this success today, they are not just entrepreneurs but are adventurous as well.. Success of entrepreneurs depends on their ability to take risk," he added.

He said that those planning to venture into a start-up are usually discouraged by the people, and urged that such a mindset needed to change.

"In the beginning when someone would have shared their plan to start a start up, people around them would have discouraged them," he said.

Organised by Department of Industrial Policy and Promotion (DIPP), along with other key Indian start-up ecosystem players, the Start-up India, Stand-up India initiative aims to celebrate the country's entrepreneurial spirit, and create a strong ecosystem for fostering innovation and start-ups in India.