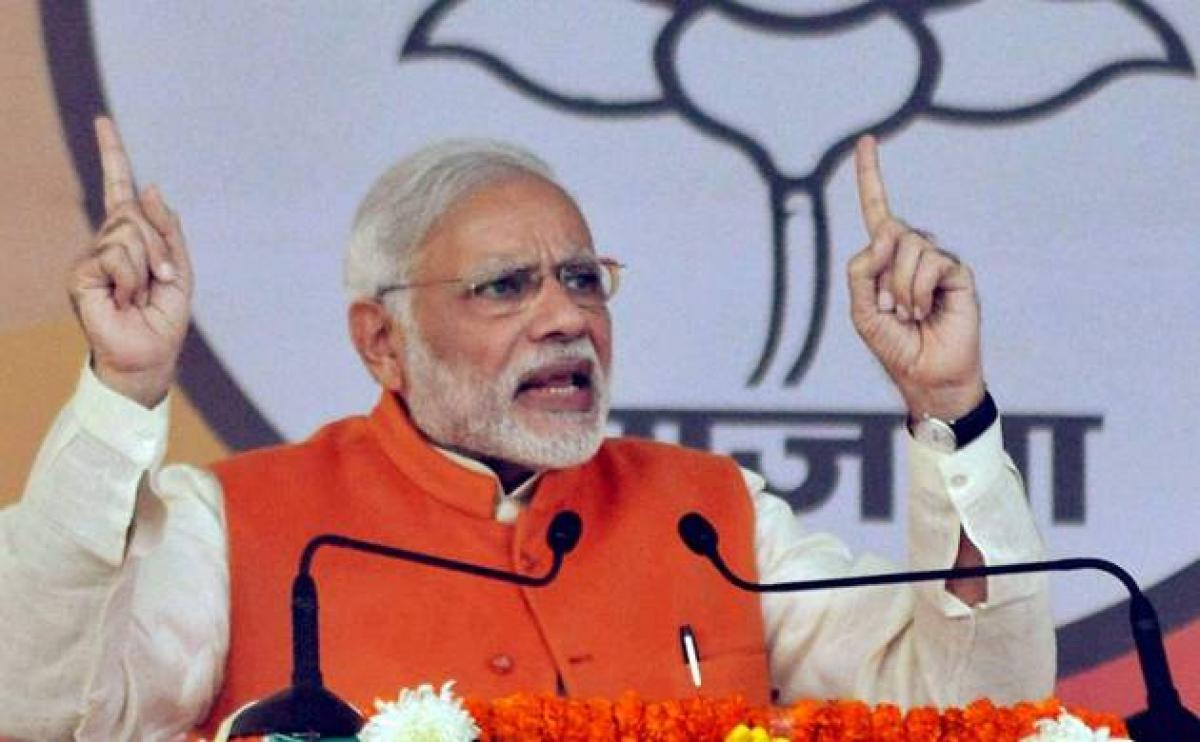 A day after the BJP\'s resounding poll victory in Uttar Pradesh, Prime Minister Narendra Modi today said a new India is emerging and it stands for development.

A day after the BJP's resounding poll victory in Uttar Pradesh, Prime Minister Narendra Modi today said a "new India" is emerging and it stands for development.

He also asked the people to take a pledge and express their commitment on his Narendra Modi Mobile App towards building a new India.

"A new India is emerging, which is being powered by the strength & skills of 125 crore Indians. This India stands for development," Modi tweeted.

"When we mark 75 years of freedom in 2022, we should have made an India that will make Gandhi Ji, Sardar Patel & Dr. Babasaheb Ambedkar proud," he added.

These tweets came a day after the BJP got astonishing poll results in Uttar Pradesh where it stormed to power with three-fourths majority, decimating the rivals SP-Congress combine and the BSP.

BJP also scored a massive victory in Uttarakhand winning 56 of the 70 seats in the state to storm to power, reducing Congress to minuscule minority in the state Assembly with a poor tally of 11 seats.