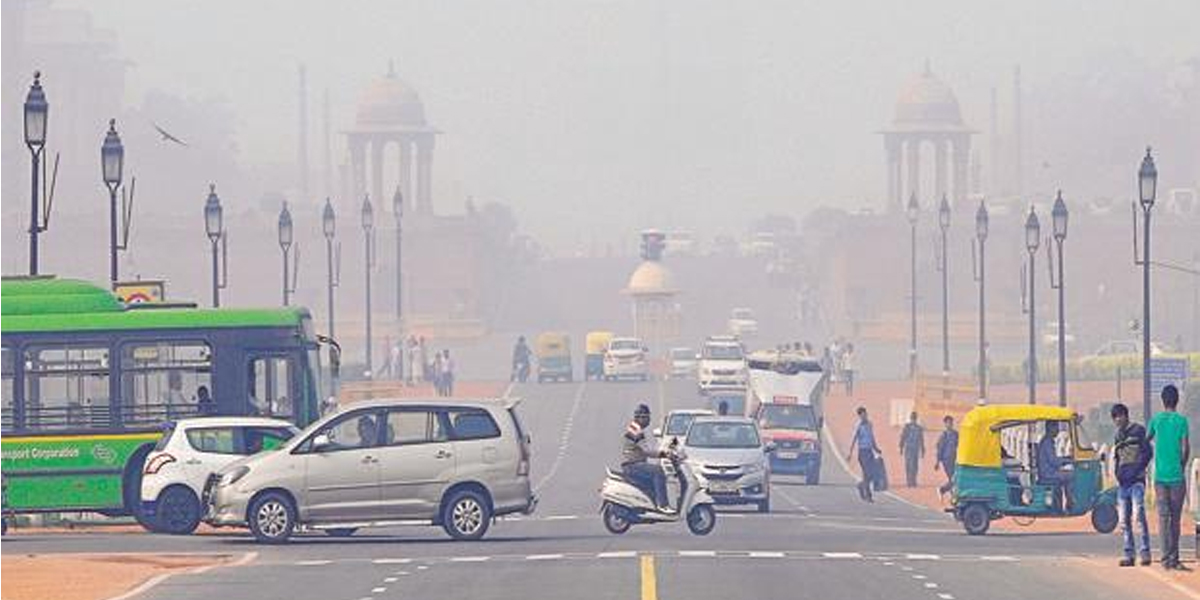 Pollution levels spiked to severe category on New Year eve, prompting authorities to warn people that any increase in vehicular pollutants or burning of firecrackers would worsen the situation

New Delhi: Pollution levels spiked to 'severe' category on New Year eve, prompting authorities to warn people that any increase in vehicular pollutants or burning of firecrackers would worsen the situation.

The Central Pollution Control Board (CPCB) data on Monday showed that the city recorded an overall air quality index (AQI) of 417, while the Centre-run System of Air Quality and Weather Forecasting (SAFAR) recorded an AQI of 418, both come under the 'severe' category.

According to the CPCB data, 27 areas in the national capital recorded 'severe' pollution, while seven witnessed 'very poor' air quality.

The overall PM2.5 level (fine particulate matter in the air with a diameter of less than 2.5 micrometer) was recorded at 328 and the PM10 level at 488 in Delhi, the CPCB said.

The SAFAR said the air quality would improve slightly "provided that no additional local emissions are added on New Year eve".

"The deterioration in moisture-laden wind speed from west may become fatal at this stage and any new trigger, in terms of local emission, particularly from open fires, firecrackers and (burning of) fossil fuels will fast deteriorate the air quality and keep it in the 'severe' category," it said.

The India Meteorological Department and the SAFAR said the air quality is likely to remain in the 'severe' category owing to low wind speed, which is highly unfavourable for dispersion of pollutants.

The authorities warned that moderate fog and emissions during night hours may result in deterioration of the air quality and this situation may prevail till Wednesday.

The SAFAR also pointed out that a consistent day-night trend is observed for the past one week.

"During night, combination of calm wind and colder conditions is elevating the pollution level, where in many locations, 24-hour rolling average (AQI) is touching 'severe' levels for a few hours, whereas during the day, wind speed is picking up slightly and temperature is increasing to keep the level in the 'very poor' range," it said.