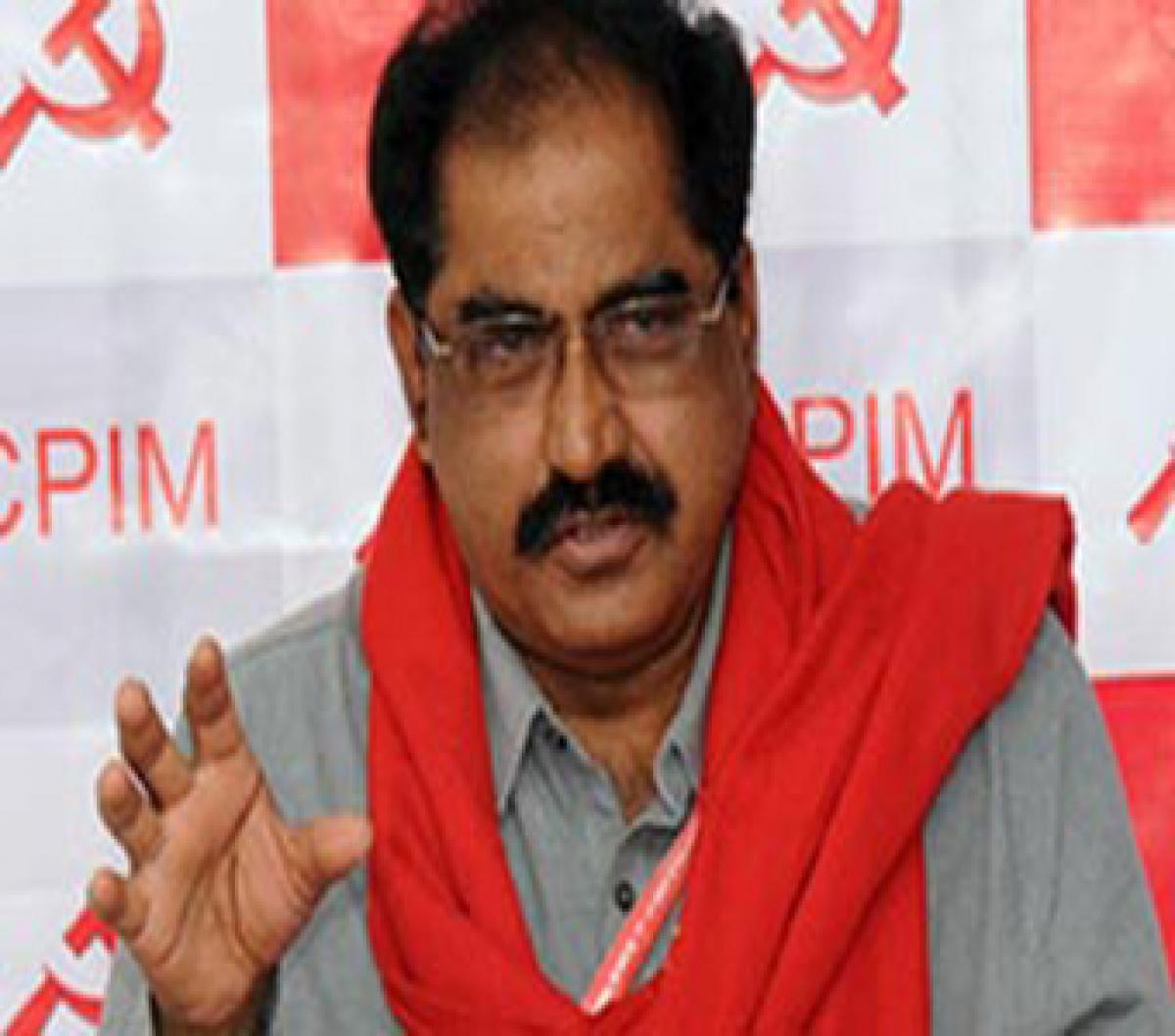 With the TRS coming to power in 2014 general elections, the State has gone into the hands of feudal landlords, he lamented.Speaking to The Hans India...

Gandhari: State CPM Secretary Thammineni Veerabhadram said that though the people of the Telangana, specially the poor, students, the downtrodden have waged an intense struggle and underwent lot of suffering during the Telangana statehood movement, they did not get anything after the formation of the State.

With the TRS coming to power in 2014 general elections, the State has gone into the hands of feudal landlords, he lamented.Speaking to The Hans India during the walkathon padayatra which entered Gandhari mandal in Kamareddy district on Monday, the CPI (M) leader said that the Chief Minister K Chandrashekar Rao failed to fulfill the promises that he made to the people after coming to power.

His promise of Bangaru Telangana remains only on paper and nothing has been done in achieving the goal, he lamented. He said that the padayatra was under taken to promote social justice and comprehensive integrated development in the State.

Tammineni said that KCR spends his time in Hyderabad or mostly in his farmhouse and as such, does not know the problems faced by the people in the rural areas.

The CPI (M) leader said that strict guidelines should be formulated while implementing the Scheduled Castes and Scheduled Tribes (SCs &STs )Sub-plan.

He said that funds sanctioned under the Sub-plan were diverted to other purposes earlier and this should not be repeated again. He lashed out at KCR for giving jobs to four members of his family in the government and wondered how far it was correct to offer job to onlhy one member of the family fo beedi workers.

He said that the CPI (M) will continue till there was social justice to all in the State. He said that it was unfortunate that Dalits were not allowed to enter temples in some parts of the State even now. He advised the TRS leaders to stop blowing their own trumpet.

Arjun Janaya Recovers From Minor Heart Attack After Treatment
We use cookies for analytics, advertising and to improve our site. You agree to our use of cookies by continuing to use our site. To know more, see our Cookie Policy and Cookie Settings.Ok