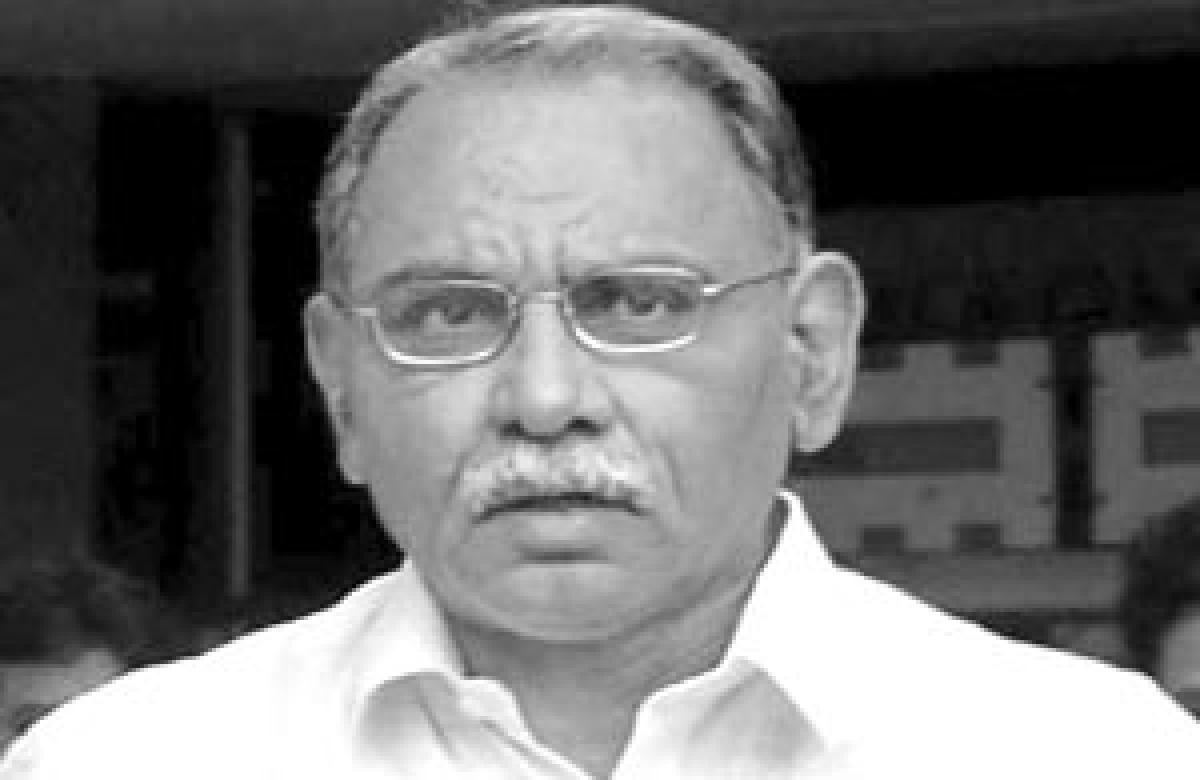 Having failed to revive the political fortunes of the party in the two Telugu Speaking states, the All India Congress Committee has now embarked upon...

Having failed to revive the political fortunes of the party in the two Telugu Speaking states, the All India Congress Committee has now embarked upon a serious exercise to infuse some life into the party at least in Andhra Pradesh and utilise every possible opportunity to swim to the shores. While it is still struggling to find a straw which could help the party to reach the shores and gain confidence that it can bounce back in Telangana, the issue of special category status to Andhra Pradesh has come as a god sent opportunity to put the other political parties to embarrassment and make an attempt to win the confidence of the people of the state.

The party leadership including the AICC vice president Rahul Gandhi are said to have discussed the issue in depth with KVP and it was then decided to make him write letters to the leaders of all political parties seeking their support since they felt that it was an emotive issue. The Congress party got routed in the 2014 elections because of the emotional outburst of the people of Andhra Pradesh who felt insulted and hurt over the unscientific manner in which the state was divided. They saw a villain in the Congress party and a savior of sorts in the BJP at the national level and felt that the best alternative in the state was TDP.

Two years down the lane, now that the NDA government has come out in its true colours and has made it clear that there was no question of giving special status category to Andhra Pradesh, the Congress party feels that this was the best opportunity to turn the tables on the BJP led NDA government. The AICC in fact feels that this is an opportunity to hit two birds with one stone. While it wants to embarrass the Central government and fire its guns over the shoulders of the Union Minister M Venkaiah Naidu, in Andhra Pradesh it wants to target the TDP and project it as the villain which is hand in glove with the BJP.

In the backdrop of this scenario, the party high command has asked KVP to write letters to the BJP leader M Venkaiah Naidu and AP Chief Minister N Chandrababu Naidu. The party wants to expose Venkaiah Naidu for his alleged double speak. The party is taking the line that Venkaiah who had virtually sent jitters in Rajya Sabha and forced the then Prime Minister Manmohan Singh to give an assurance of according special status category to the state and claimed that the BJP which would come to power in about four months from the time of passing the AP State Reorganisation Act would implement all the assurances had now made volte face.

It also wants to project Naidu as a leader who had failed to demand what was due to the state and continues to request the Centre knowing full well that it will not listen to him. In fact, Naidu knew that Centre will not give special status to the state long back and the TDP BJP combine were fooling the people. The Congress party feels that if this strategy clicks then it could be considered the first step towards revival of the party in the state.

The letter diplomacy originally began with KVP writing a letter to Prime Minister Narendra Modi some time back alleging that the Andhra Pradesh government's decision to construct 'interim government complex' in the new capital region of Amaravati was violation of AP Reorganisation Act, 2014, but also waste of valuable public money. He sought immediate intervention of the Prime Minister in this issue.

In that letter Rao said that the government was going ahead with the construction of the temporary capital keeping aside the proposal to start works on the construction of the new capital city and had pushed the foundation laying event that was held with much fan fare in the presence of Prime Minister into background. He said this hurried approach of Andhra Pradesh government was causing huge loss to the public exchequer.

Temporary capital construction activity by Andhra Pradesh government he said was in violation of provisions of A P Reorganization Act-2014. It was also detrimental to the national environment. He was also unhappy though he had brought this to the notice of the Prime Minister on December 19, 2015 there has been no reply from the PMO. All that he got was a routine acknowledgment.

He also expressed his shock over the manner in which Environment and Forest Ministry had accorded environmental clearance. According to KVP as per Environment Impact Assessment-2006 guidelines, this development activity comes under Category-A projects. But it is surprising to note that the SEIAA under Ministry without going into details and scrutiny by Environment Appraisal Committee, has granted environment clearance which is illegal.”

This however did not make much of political impact and people thought that it was a game plan of the Congress party to stall the developmental activities taken up by the state government. Even the TDP government did not take it seriously. The APCC also failed to exploit the situation. The main opposition YSRCP which is facing migrations from the party and is groping in darkness not knowing how to save itself from desertions and becoming zero just as it happened with TDP in Telangana also failed to use KVPs points as a stick to beat the government.

All this has made the AICC to sit up and ponder over the strategies it needs to evolve now. The AICC feels that the present state unit is totally ineffective and there is no leader to steer it out of the woods. The party which has been facing political vacuum following the death of Y S Rajasekhara Reddy felt that some immediate action plan needs to be evolved and hence it held several rounds of meetings with KVP and seems to have come to the conclusion that it should once again utilise his services in evolving strategies to strengthen the party in the state and put the ruling TDP to embarrassment.

KVP as everyone knows was the best half or `Atma’ of YSR and was considered to be a good strategist. This has even led to speculation in AP Congress circles that there is every possibility of catapulting KVP into active politics as far as AP is concerned. A section of the Congress leaders even feel that he may be the choice of the party high command to succeed the present party president N Raghuveera Reddy. But another section feels that the party would be committing yet another strategic mistake if it so decides since KVP as the face of APCC would cause more damage and would help the TDP to go hammer and tongs against the Congress party.

They also feel that KVP is not a good orator though he could be a good political strategist. The party also fears that if the AICC fails to find an effective orator and a powerful leader to lead the party and take forward the advantage it would gain in case TDP fails to support the bill in Rajya Sabha, all the efforts made to put the BJP and TDP in dock over the issue of special status may go waste. Sensing the people’s mood if the TDP decides to sever its ties with the BJP, the Congress may be again be pushed into disadvantageous situation.