Do or die for Pune 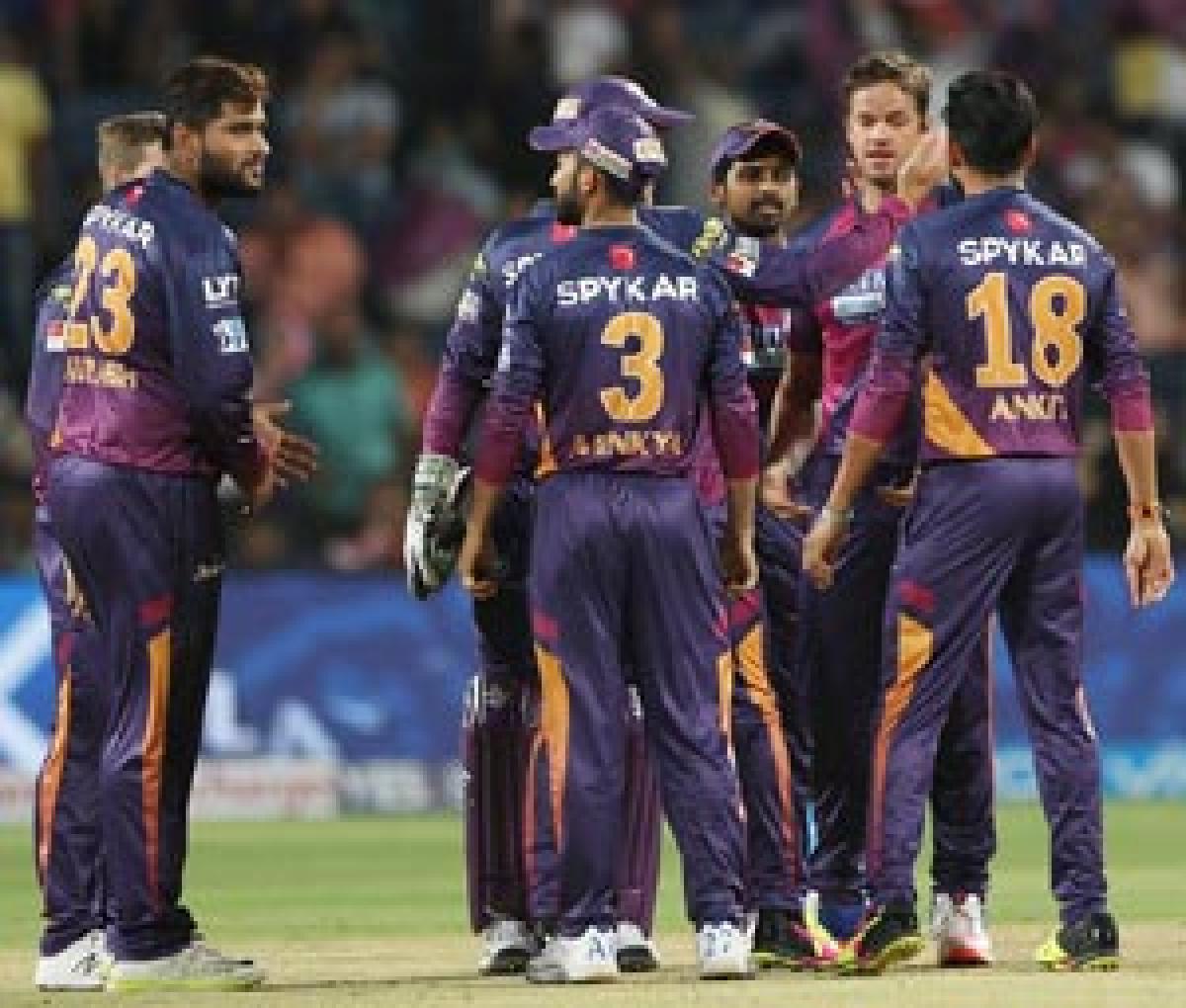 It will be a battle of survival for struggling Rising Pune Supergiants when they lock horns against formidable title-contenders Sunrisers Hyderabad in an Indian Premier League match, here on Tuesday.

Visakhapatnam : It will be a battle of survival for struggling Rising Pune Supergiants when they lock horns against formidable title-contenders Sunrisers Hyderabad in an Indian Premier League match, here on Tuesday.

With just three wins out of 10 games, Pune is placed at a lowly sixth spot in the points table, while Hyderabad have been a dominating force in this edition with six wins and three losses to capture the second spot.

For Mahendra Singh Dhoni and his men, it has been a demoralising journey so far as apart from three wins against - Mumbai Indians, Sunrisers Hyderabad and Delhi Daredevils - they have failed to trouble other teams, losing four matches at their home ground in Pune itself.

Dhoni also have been left with a depleted side after a spate of injuries which led to the return of Faf du Plessis, Kevin Pietersen, Steven Smith and Mitchell Marsh.

Though Pakistani-born Australian batsman Usman Khawaja and former Aussie captain George Bailey joined the side, they have not been able to make much of a difference so far and the Sanjeev Goenka-owned team will need desperately need to do something to keep themselves afloat.

The Supergiants have been affected by the lack of qualify bowlers, who can restrict the opponents. None of their bowlers figure in the top 15 wicket-takers list this season.

Among batsmen, it has been left to Ajinkya Rahane to do the job as he has scored 417 runs so far and is placed at the third spot in highest run-getters list.

With the team needing to win every match from here on to stay in the hunt, Dhoni and his boys know very well that any slip up now and they can safely say goodbye to the tournament.

Hyderabad, on the other hand, have been riding on a wave of success with their latest win being against two-time winner and defending champions Mumbai Indians by 85 runs last night at the ACA-VDCA stadium here.

The Sunrisers have been driven by the batting prowess of skipper David Warner, who is placed at the second position in top-scorers list with 458 runs with five fifties so far.

Shikhar Dhawan too has taken the responsibility and complemented his captain in the opening slot. Australian all-rounder Moises Henriques too has proved to be an important cog in Sunrisers' wheels with some crucial contributions.

Having returned to the side after recovering from an ankle injury, Yuvraj Singh too is slowly getting into the groove. Hyderabad's bowling unit too have worked like a well-oiled machine with their formidable pace battery of Ashish Nehra, Bhuvneshwar Kumar, Bangladesh's Mustafizur Rahman and Barinder Sran doing the job for the team.