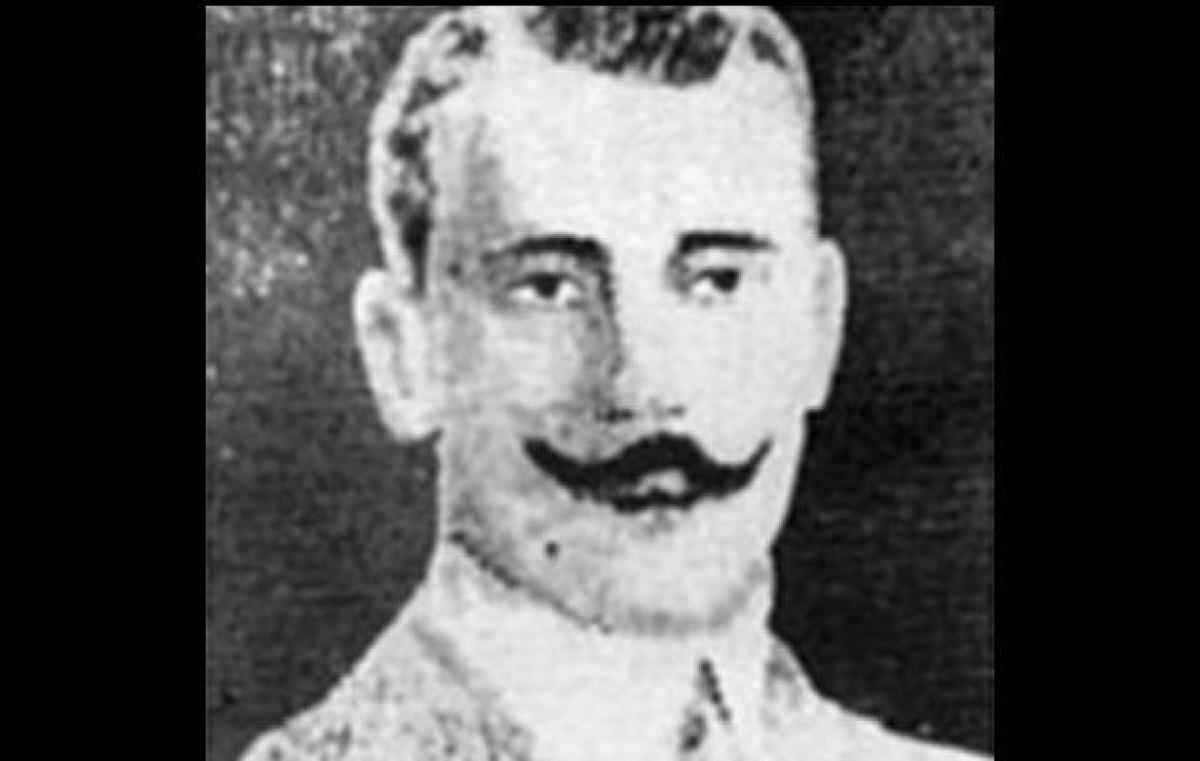 India has won a total of 26 medals in the Olympics till date. A minor achievement for a nation that stands second in the World in terms of population.

India has won a total of 26 medals in the Olympics till date. A minor achievement for a nation that stands second in the World in terms of population. But, who won India’s first Olympic medal? Not many would answer that question correctly. Even years before the men’s hockey team brought home the yellow metal from Amsterdam in 1928, there was an Indian on the Olympic podium - a mystery man from Alipore, Kolkata – Norman Pritchard.

When Pierre de Coubertin, the founder of the International Olympic Committee (IOC), was preparing for the first Olympic Games in 1896, India was still under the British Raj. 14 nations and 241 athletes competed in 43 events in the maiden Olympics, but India was not among them. But, more than 6000kms away from Athens, in a small corner of then Calcutta, a man named Norman Gilbert Pritchard was creating records in the 100m dash without even knowing about the Olympics.

Born to George Peterson Pritchard and Helen Maynard Pritchard, Norman Pritchard was attracted to sports from the start. Both his parents belonged to England and his father was very well-known in the British commercial community in then Calcutta. Young Norman Pritchard lived in the fashionable Robinson Road and studied in the St. Xavier’s College. But, even during his early years his athleticism was visible to all. He once scored a hat-trick for his college team in an open football tournament – credited to be the first one to do so – against Sovabazar in July 1897.

Although he was a football star, it was sprinting that took him to the next level. Norman won the Bengal 100 yards for seven consecutive years from 1894-1900, while he finished the race with a timing of 10.0 seconds in 1898 and 1899 to create a new Bengal record. In addition to the 100-yard dash, Norman Pritchard also won the 440 yards and 120-yard hurdles.

Norman PritchardPritchard, who is known to have worked for the trading house, Bird & Co, travelled to England in 1900 – the journey that ultimately paved the way for India’s maiden Olympic medal. Although the exact reason for his visit is unknown, according to historian Ian Buchanan’s article, Who was Norman Pritchard?, Norman Pritchard’s visit to England led to his subsequent participation in the Olympics.
During his stay in England, Norman Pritchard participated in the London Athletic Club’s Challenge Cup and the British AAA (Amateur Athletics Association) Championships. He went on to win titles in the 440-yard hurdles, 100 yards, and 120-yard hurdles and even beat the 1897 British AAA champion in one race. Norman’s heroics in England did not go unnoticed as a report in the Field Magazine called him the “Indian champion”.

After his performances in England, Pritchard crossed the English Channel to reach Paris for the second Olympiad. The Games were held as part of the 1900 World’s Fair and was spread over a period of five months. Norman Pritchard participated in five events at Paris as he became the first Indian to participate in an Olympics in 60m, 100m, 200m, 110m hurdles, and 200m hurdles.

Although he failed to cross the initial hurdles in the 60m and 100m, he made a big mark on the Games by qualifying for the finals in the other three events. Norman Pritchard gave India its first-ever medal in the Olympics in the 200m hurdles and finished the race in 26 seconds to take the silver behind USA’s Walter Tewksbury. With the silver medal, he also became the first athlete to win a medal in the Olympics from an Asian nation. His second silver of the Games came in the 200m dash after he once again finished behind another American Alvin Kraenzlein. However, his hopes of a third medal went up in smokes after he stumbled in the 110m hurdles. For his heroics at the Games, Norman Pritchard was awarded an honorary silver medal by the AAA and a penknife by the French Olympic Committee.

After the Games in Paris, Norman Pritchard returned to India, however, it is unknown whether his feats in Paris made news in Calcutta or not. Norman Pritchard then went on to serve as the Joint-Honorary Secretary of the Indian Football Association from 1900 to 1905 and gave up his sporting career before moving to England permanently. According to a news report from that time, Pritchard left for England in 1905 after his tenure in the IFA.

“A meeting of the members of the Indian Football Clubs affiliated to the IFA will be held on the Sovabazar Club ground (north of Ochterloney Monument) this evening at 6.30 p.m. for the purpose of presenting a farewell address to Mr. Norman G. Pritchard before he leaves for England,” said a newspaper report from 1905, as per the Telegraph.

Although the exact years are not known, Norman Pritchard then moved to the United States of America from England to pursue his acting career and went on to act in many Hollywood silent movies and Broadway stages under the pseudonym of Norman Trevor. According to IMDb, he acted in about 28 movies and is known for his roles in Dancing Mothers (1926), Jane Eyre (1921) and The Black Panther's Cub (1921). Norman bid adieu to the World on October 31, 1929, in the USA, but still remains an enigmatic name in the history of Indian sports.
However, questions about his nationality and whether he represented India or Great Britain in the Games have been a constant topic of argument between historians. British Olympic historian, the late Ian Buchanan, had claimed that Norman PritchardPritchard’s two silver medals should be credited to Great Britain.

“To say that he represented India is just another example of an error being perpetuated from one book to another a situation which is all too common in Olympic history,” Buchanan wrote in his article.

Renowned German coach and athlete, the late Dr. Otto Peltzer, once said, “Indians should be proud of the fact that Norman Pritchard of India was the first from Asia to win medals in the Paris Olympics in 1900. That was a splendid beginning…a magnificent start for Asia.”

After Norman’s efforts in Paris, India took another 28 years to register another medal in the event, while the dreams of another medal in athletics have remained elusive even after 1000 years. But, the man from Alipore has remained in the history books as the man to start India’s hunt for Olympic glory, and he will be remembered as the same in the time to come. With Rio Games days away, one can only hope that India’s biggest-ever Olympic contingent will try to finally emulate Norman Pritchard’s heroics, which happened 116 years ago.