Sindhu's full potential yet to be seen: Gopichand 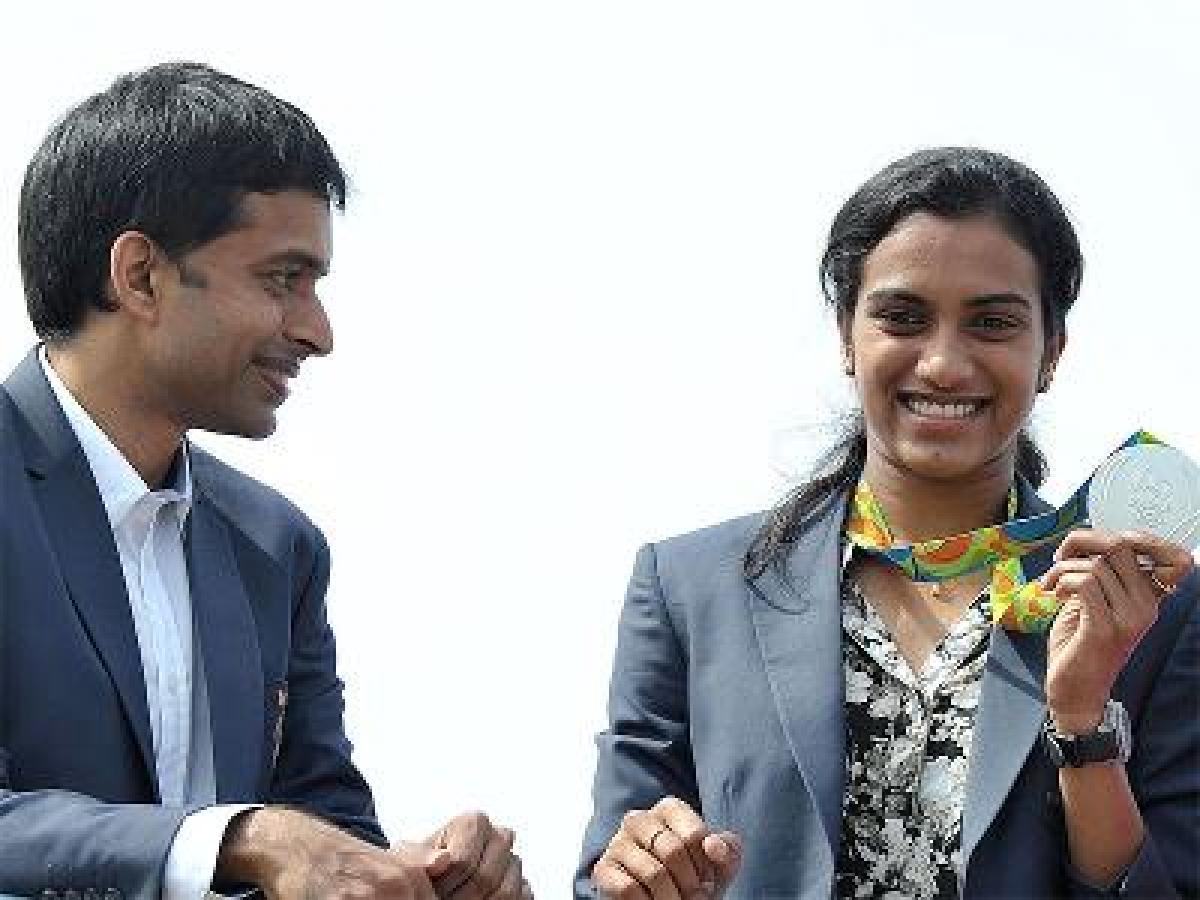 Shuttler PV Sindhu might have clinched the silver medal at Rio Olympics but mentor and chief coach Pullela Gopichand believes his ward is still far away from achieving her full potential and said she has the talent to be head and shoulders above the rest in the world.

​Hyderabad: Shuttler P V Sindhu might have clinched the silver medal at Rio Olympics but mentor and chief coach Pullela Gopichand believes his ward is still far away from achieving her full potential and said she has the talent to be head and shoulders above the rest in the world.

"I think she is still far away from complete transformation. I believe we have just seen glimpses of the what she is capable of. She has got potential and I was waiting for her to realise that. It might take time," Gopichand told reporters.

"We need to be patient. We need to understand that results may not come as consistently as we want them. But it is important she understand and tries. She is still 21 and she has probably another 10 years and once she realises what I see in my eyes, she will be head and shoulder above the rest of the world," he added.

Heaping praise on Sindhu, Gopichand said: "The fact that at this big stage, when it needed the most, she performed, it is huge. Many times athletes can have the belief but crack in the final moments.

"We had a great progress and fantastic preparation for the Olympics even in Rio as we were living in the same flat.

So we could plan everything to perfection. The good thing is when it mattered, she didn't hesitate to complete the job."

On cloud nine after winning the silver at Rio, Sindhu said: It has been a dream for me to win a Olympic medal. Each tournament has been different. Olympics is very big. I am thankful to my parents.

"Gopi sir was always motivating. May be he seemed angry to others but for me it was his motivation that helped me. The last two months we really worked hard and made a lot of sacrifices and it paid off. We never thought about the medal.

It was one match at a time and I am happy to win the medal."

Asked if India can win a gold at 2020 Tokyo, Gopichand said: "I know it is a tough job. There are strong athletes we will be competing against and our medal will make us a target but having said that we have age on our side. We have a bunch of players here who when I walked here were saying 2020 is for us. So hopefully we have a motivated group who will push each other and we will remain in contention in Tokyo."

India won two medals and both of them were clinched by women -- Sindhu and wrestler Sakshi Malik (bronze) and Gopichand said: "Thanks to the girls for saving our Olympic campaign."

Despite fielding a contingent of 118, India could win only two medals but Gopichand said: "I think having more than 100 athletes in Olympics is a huge achievement and instead of being negative and pointing fingers we need to celebrate it.