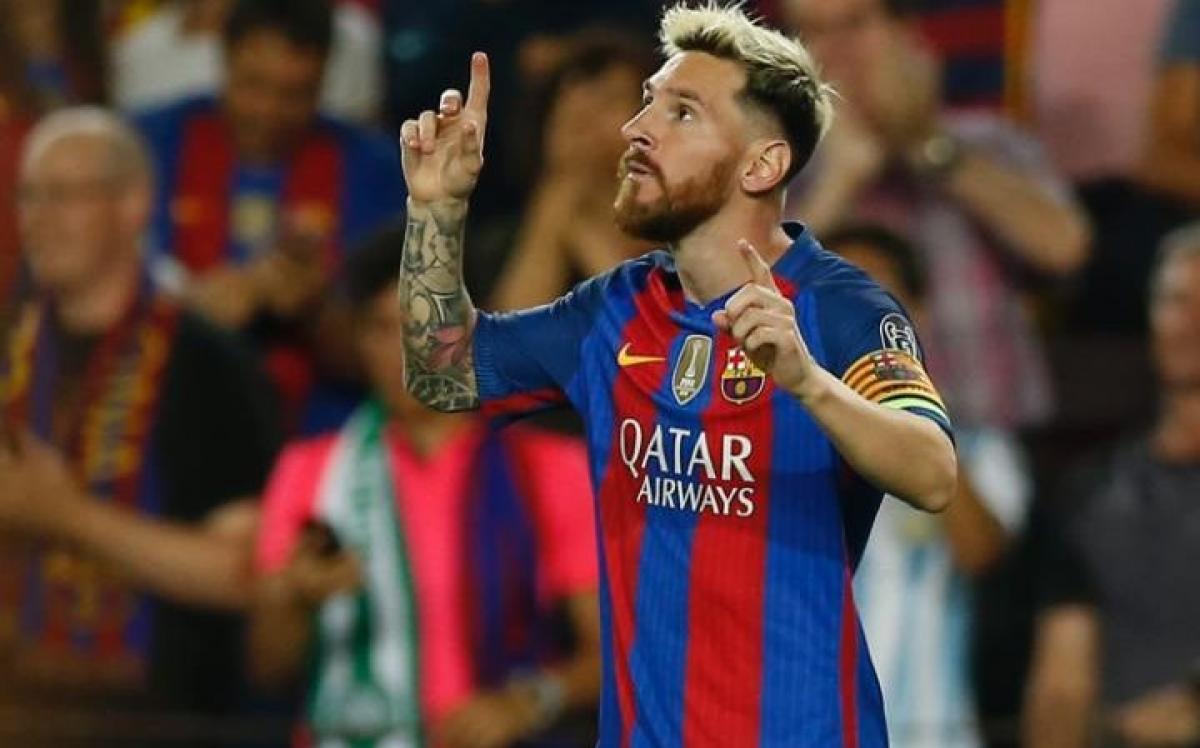 Lionel Messi scored a hat-trick as FC Barcelona kicked off their Champions League campaign with a crushing 7-0 win at home over Scottish football champions Celtic.

​Barcelona: Lionel Messi scored a hat-trick as FC Barcelona kicked off their Champions League campaign with a crushing 7-0 win at home over Scottish football champions Celtic.

Following Saturday's shock defeat at home to Alaves, Barcelona coach Luis Enrique took no risks and on Tuesday fielded arguably his strongest available side, with the exception of young midfielder Andre Gomes who was in for talsimanic Andres Iniesta, reports Xinhua.

Messi needed just three minutes to open his account after he took a pass from Neymar before smashing the ball home from a tight angle.

Barcelona were in total control, but Celtic should have been level after 24 minutes when goalkeeper Marc-Andre Ter Stegen brought down Moussa Dembele who broke into the box. The German keeper then made up for his error by saving the French striker's spot kick.

And Messi made the save doubly important two minutes later when he took advantage of another pass from Neymar to stab the ball home from close range to make the score 2-0.

Celtic had travelled to Barcelona on the back of a 5-1 win at home to bitter rivals, Glasgow Rangers. But the gulf in class between Spanish and Scottish football was being made clear, although it wasn't until the 50th minute when Neymar scored a spectacular free kick.

Iniesta, who had replaced Ivan Rakitic at the break, added the fourth in the 59th minute with a low shot and a minute later Messi completed his hat-trick after Luis Suarez had beaten the offside trap.

Uruguayan Suarez scored the sixth with 15 minutes remaining after controlling a Neymar pass on his chest and netted his second and Barcelona's seventh of the night two minutes from time from a Messi pass after the Argentine had seen a shot tipped wide for a corner.