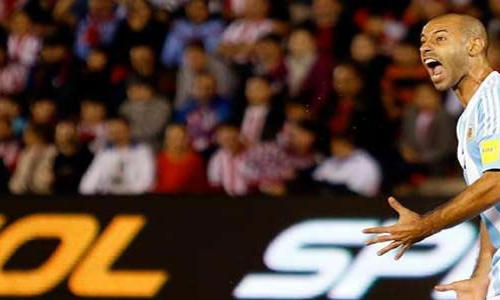 Spanish football club Barcelona announced that Argentine defender Javier Mascherano will sign a renewal for the club until June 2019.

​Barcelona: Spanish football club Barcelona announced that Argentine defender Javier Mascherano will sign a renewal for the club until June 2019.

Mascherano has become one of the main pillars of the Catalan team in recent years, right next to his Spanish teammate Gerard Pique reports Efe on Thursday.

The Argentine managed to win 17 titles with Barca since his arrival from Liverpool in 2010, including four La Liga titles and two Champions League trophies.

The player's renewal for the Blaugrana was in question lately, especially amid interest demonstrated by several European clubs such as Juventus.