India vs England, 2nd T20: Combination woes for Kohli, India gear up to save series 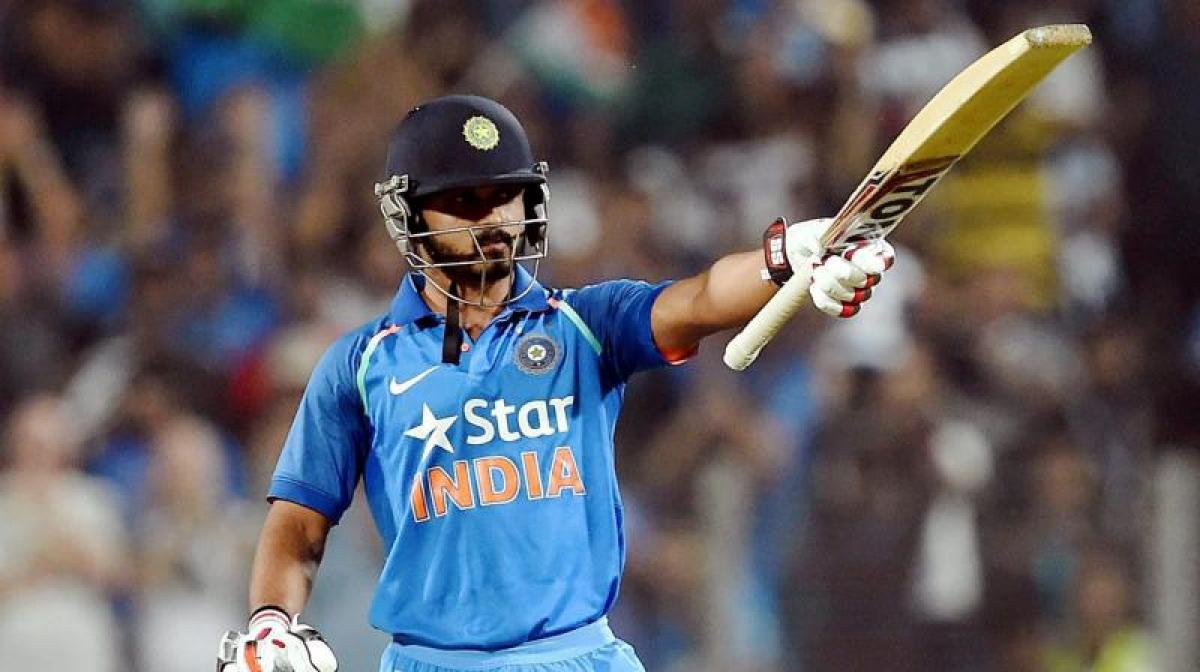 Facing the prospect of a series defeat at home for the first time in 15 months, skipper Virat Kohli will have a relook at his team combination as hosts India take on a resurgent England in a do-or-die second T20 International, here on Sunday.

Facing the prospect of a series defeat at home for the first time in 15 months, skipper Virat Kohli will have a relook at his team combination as hosts India take on a resurgent England in a do-or-die second T20 International, here on Sunday.

The last time that India lost a series was 2-3 against South Africa in October 2015.After receiving a sound thrashing in the first T20 International at Kanpur, the hosts' first aim will be to keep the series alive.

Kohli, unbeaten as captain (series wise) at home in all forms, will need to go back to the drawing board as he tries to figure out his best playing XI at a venue where the 'Men in Blue' have lost both their previous encounters.

The defeat to New Zealand in the league phase of the World T20 Championship under Dhoni at the VDCA stadium in Jamtha, will still be fresh in the Indians' mind and on that occasion the famed batting had come a cropper against the spinners Mitchell Santner and Ish Sodhi.

At Kanpur, it was the pace attack of England, with the visitors' bowlers keeping the length short, that undid the strong India batting line-up boasting of Kohli, Dhoni and Yuvraj Singh, all proven match-winners on their own.

Yuvraj's position in the T20 set-up, Manish Pandey's batting slot at No 6 and KL Rahul's indifferent form in limited overs, will certainly be taken into consideration when captain Kohli and Anil Kumble sit down to finalise the playing XI.

The Indian total of 147 in first match, in which Dhoni top-scored with 36, was well below the par score and they would be eager to correct the aberration against an English batting line-up that's not only strong but has depth too.

Skipper Eoin Morgan has been in good form from the start of the limited overs series as his sequence of scores 28, 102, 43 and 51 will suggest. The first three were during the ODI series.

Especially, the spinners, who were carted around for sixes with nonchalance by the Ireland-born left-hander during his blazing knock of 51 in Kanpur.

The visitors have lot of muscle power in the top five or six batsmen and the need of the hour for India will be to blow away the top-order quickly.

England batsmen displayed some vulnerability against the leg spin of Yuzvendra Chahal, but he and other bowlers need some significant total to defend if India bat first again.

The home team has also the option of making a few changes and one of them is exciting young talent Rishab Pant, who caught the eye with his clean hitting in the 50-over warm-up game against the visitors at the Brabourne Stadium in Mumbai.

Bhuvneshwar Kumar was another player, who warmed the reserves bench in Kanpur and could be looked upon by the team management to be drafted into the XI in place of Jasprit Bumrah, who was taken apart in one over in the previous game.

Bumrah has not been able to pitch his yorkers perfectly – something that has been his USP since he made his international debut.

Veteran Ashish Nehra has just made a comeback to competitive cricket post surgery with just one warm-up game under his belt. He did look rusty as he went for 31 runs in three wicketless overs. Out of his 18 balls, only five were dot balls.

The game would be the 11th to be hosted at this venue, since the first one between India and Sri Lanka in 2009, and the tenth in a space of 10 months as nine matches were played last March as part of the World T20 Championship hosted by India.

The game is set to start at 7 pm, as against the 4:30 pm start at Kanpur in the first T20I, and the dew factor is expected to come into the picture, albeit on a much smaller scale, according to VCA sources.

There will be some dew but may not be to the extent of what's found in North Indian states during this time of the year.