Virat Kohli: Ravindra Jadeja is unbelievable, never seen anyone bowl so economically as him 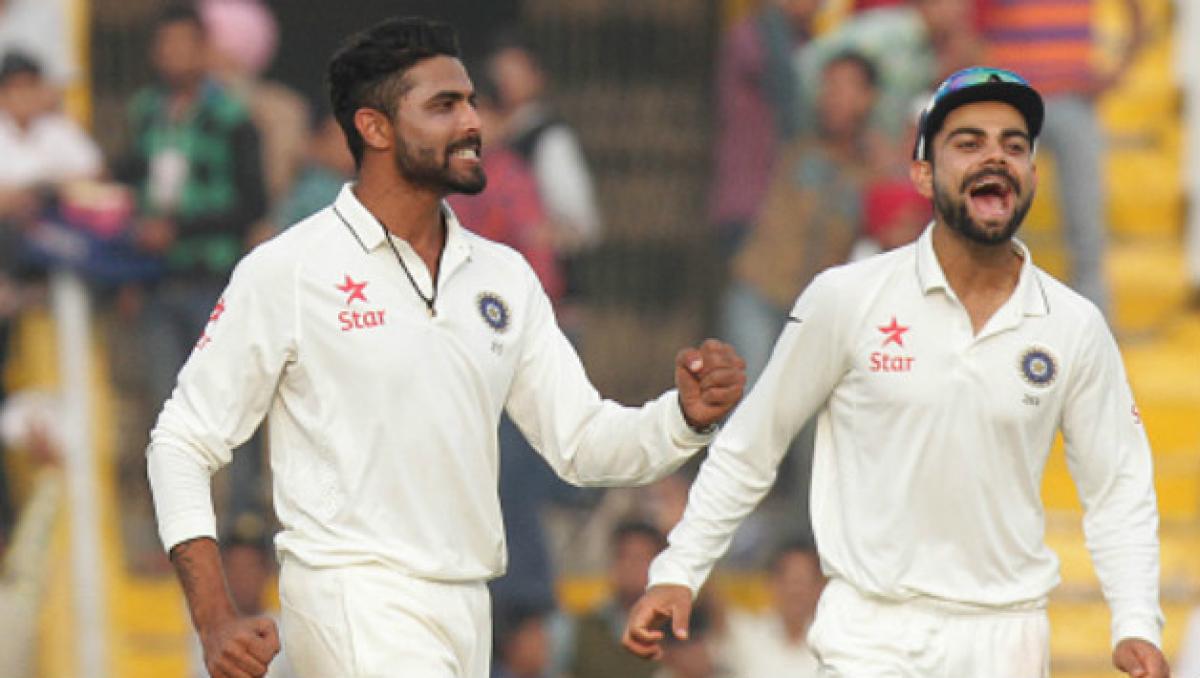 Ranchi: India captain Virat Kohli was effusive in his praise for Cheteshwar Pujara and Wriddhiman Saha’s record 199-run stand, saying that it was the “best” partnership he has ever seen.

Ranchi: India captain Virat Kohli was effusive in his praise for Cheteshwar Pujara and Wriddhiman Saha’s record 199-run stand, saying that it was the “best” partnership he has ever seen.

Pujara (202) and Saha (117) steered India to 603 for nine against Australia and gave the team a substantial 152-run lead in the third cricket Test, which eventually ended in a draw. Ravindra Jadeja also came in for a special mention from the India captain. “Jadeja is unbelievable. I have never seen anyone bowl so economically for a long time.”

Back to the batsmen. “KL Rahul (67) and Murali Vijay (82) batted beautifully but the partnership between Pujara and Saha is the best I have seen,” said Kohli at the post match presentation ceremony yesterday.

“We never thought we would be able to take a 150-run lead. Then yesterday two wickets fell and we thought we had a good chance. But credit to the two (Australian batsmen Shaun Marsh and Peter Handscomb), they batted really well,” he added.

Kohli said that his team got itself into a very good position where they could have enforced a victory.

Applauding his players’ desire to stand up and be counted, Kohli said: “The guys want to push the barrier, their physical limits, their mental toughness. Credit to Australia for playing out the draw, but we played ourselves into a position where we could have won.” Heaping praise on both Pujara and Saha, the skipper said: “When you play only one format, you are always extra determined to make it count. Pujara is very motivated, and he is really good at Test batting. This is the best I have watched him bat.

“Saha did it in the West Indies, he did it in Kolkata as well, and here under pressure, he really stood up,” added Kohli.