Confident PV Sindhu, all set to rule the new season 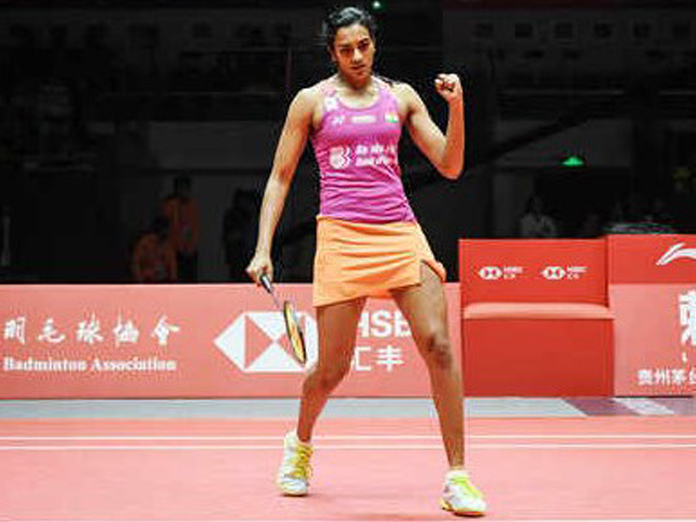 Its a new year, a new season The World Tour finals win is in the past now I dont think about previous finals, PV Sindhu says with a smile

Bengaluru: "It's a new year, a new season. The World Tour finals win is in the past now. I don’t think about previous finals,” PV Sindhu says with a smile.

The World number 3 was speaking on the sidelines of a promotional event while in the city for the Premier Badminton League. She probably gets that same question time and again. The World Tour Finals was her first win in 2018 after faltering in the final five times during the season, seventh straight since the Hong Kong Open loss the season prior.

“I was not satisfied with winning silver in the 2017 World Superseries Finals. This year, I thought I’ve to win. So when I came to the final, I was focused, I felt that it should be different. I was leading against (Nozomi) Okuhara, but I did not become comfortable, did not assume that I would win. I was aware that every point would be crucial. And sure enough, she mounted a comeback,” she said.

In the end, She got the gold after a 21-19, 21-17 thriller. Sindhu’s first final win after 15 months, her last coming against the same opponent at the Korea Open the year before. She completed a full circle. “I was happy that there would be no more criticism saying ‘She was won (only) silver again’,” she adds, the smile slowly creeping back in. Nevertheless, she is quick to dissuade the idea that the critique got to her.

“It’s a thin line between winning and losing – you have to be strong and take in a positive way. If you rectify the few mistakes made earlier and come back stronger, that’s enough.” “When you lose, you tend to feel bad or nervous. But I never felt that criticism is bad, or felt like ‘Why are they always criticizing me?’ The way I looked at it was, I won silver. Rather than viewing it as a loss in the final,” Sindhu stressed.

This 23-year-old is already a tangible story of success for the young crop in the country, a fact that makes her ‘happy’, aware of the responsibility. She peak years lie ahead of her. With an Olympic silver already in her kitty, the focus is to go that one step further at the 2020 Tokyo Olympics. But 2019, the Olympic qualification year, is key - to find her rhythm and chinks in the armour of the usual suspects, who she is likely to meet at the business end of tournaments.

She revealed before switching focus onto the opponents, “In 2019, I hope to do well. The Olympic qualification period is scheduled for going from April 29, so we’ll have to be fit and healthy,”

Sindhu added, she will start with the Indonesia Masters and stressed saying, “When you play against the top players, you will always have that confidence that you did well against these guys following a similar pattern, so will try to do the same. Definitely, it is not one particular strategy. You should not stick to one as we play in every alternate tournament”