Just last week Samsungs Galaxy Fold announcement was made, and we already have a competitor Huawei Mate X that is thinner, folds flatter and has a bigger screen

Just last week Samsung’s Galaxy Fold announcement was made, and we already have a competitor Huawei Mate X that is thinner, folds flatter and has a bigger screen. The Mate X has Huawei’s in-house Kirin 980 processor, an 8-inch wraparound OLED display, a folded thickness of a mere 11mm, a spec sheet highlighted by 5G, and a 4,500mAh battery. Huawei has proudly branded its hinge, titled a Falcon Wing design.

When the device is folded, you will have a dual-screen smartphone, with the second display on the rear which allows you to shoot selfies with the main camera. The user can also share what’s there on the primary display with a person on the other side. Open up the Mate X, and you get an almost square tablet that has minimal bezels on three sides. The single OLED display of the Mate X actually serves triple functions. 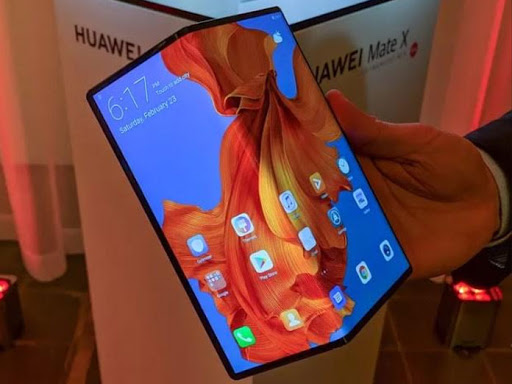 One of the sides is stored for a thicker grip section that has got three cameras, their accompanying flash, and a push-button latch that secures the folded tablet in a closed position. This approach maintains the thickness of the main chassis to remarkable thinness of 5.4mm. The Mate X measures just 11mm in thickness even after folding it and you won’t find any gaps in its fold. That’s the natural advantage of folding a screen around the outside somewhat on the inside: you don’t have to worry about creasing the beautiful display.

There is a 4,500mAh battery inside Huawei’s new device, which is impressive but not sure how far that will stretch in terms of daily use. It’s escorted by an upgraded 55W version of Huawei SuperCharge, which will charge the Mate X to 85 per cent in just 30 minutes. The power key beside the Huawei Mate X also has a fingerprint sensor. 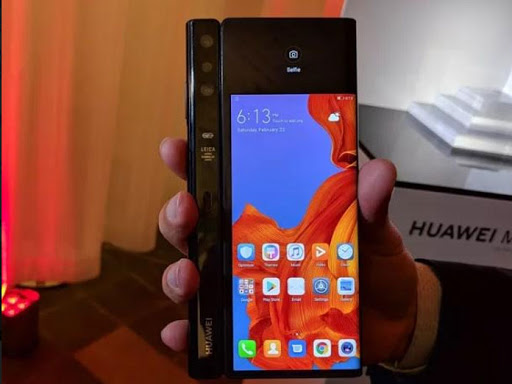 No touching, so far this is a theme with all foldable devices. The Mate X up close at MWC, the way demonstrator was handling was most impressive. There was no white-gloves tenderness while handling the device: he unfolded and folded the Mate X quickly and naturally, there was no sense of fragility about the slate. The Mate X stood out to be perfectly flat when folded up. Though there was a bit of unevenness where the hinge resides, those don’t seem like deal breakers.

The device has a dual-SIM card slot, or you can also add one of Huawei’s Nano-Memory Cards. The processor at the heart of the Mate X is Huawei’s Kirin 980, the same one as in the Mate 20 Pro and the Honor View 20. Both are terrifically quick and responsive phones. Alongside that chip is Huawei’s own Balong 5000 5G modem, making for a pairing of 7nm chips with as much performance as early 2019 allows. Yet 5G isn’t a thing to be excited about, but its inclusion underscores the Mate X’s positioning as a handset from the future.

According to Richard Yu, Huawei consumer group chief, “the engineers have been working on this for three years, and the design has more than 100 components and has been patented. Unfortunately, I wasn’t able to see a headphone jack on the Mate X, which is an omission it shares with the Samsung Galaxy Fold. “

The Mate X is priced at €2,299 with 8GB of RAM and 512GB of storage and will be available from the middle of this year.