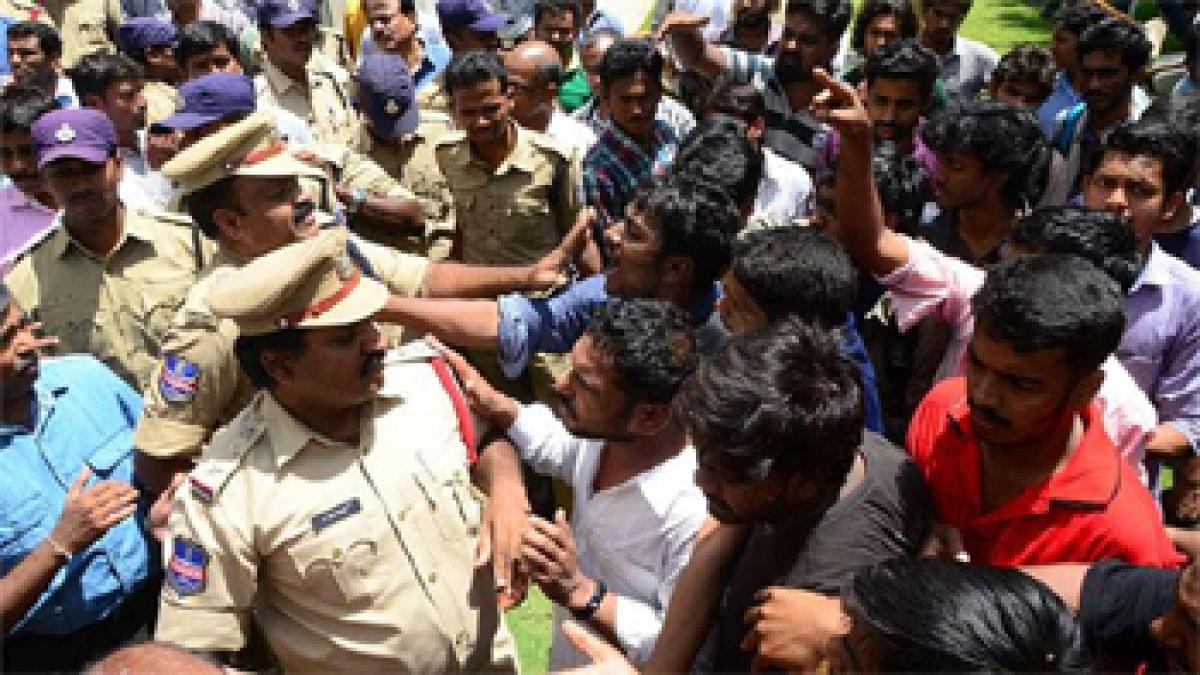 The University of Hyderabad remained tense on Wednesday as police imposed clampdown on the campus and student groups called for boycott of classes for four days to protest \"police brutality\".

The University of Hyderabad remained tense on Wednesday as police imposed clampdown on the campus and student groups called for boycott of classes for four days to protest "police brutality".

Joint Action Committee (JAC) for Social Justice, an umbrella grouping of various student bodies, has given a call for boycott of classes to protest the arrest of students and police baton charge on them on Tuesday.

Police used force to disperse students who were protesting the return of Vice Chancellor P. Appa Rao. As many as 25 students and two faculty members were arrested on Tuesday.

Appa Rao, who had gone on leave after being named in First Information Report (FIR) relating to suicide of Dalit research scholar Rohith Vemula in January, returned to the campus on Tuesday and resumed duties as the vice chancellor.

Demanding his immediate arrest and terming his return as "unacceptable", students had ransacked the vice chancellor's bungalow on the campus.

Additional police forces, including personnel of paramilitary Rapid Action Force (RAF), were deployed on the campus to prevent further violence. The security personnel closed the main gate and were not allowing outsiders and media persons into the campus.

The university administration has asked police not to allow leaders of political parties and student bodies into the campus.

The university authorities also suspended classes till Saturday and closed the mess. Students complained that even drinking water and electricity supply to their hostel rooms was snapped.

Police also tightened the security in view of reports that Rohith Vemula's mother will be sitting on fast on the campus to protest Appa Rao's return.

JAC leaders said he will pay tributes to the Rohith at the memorial built on the campus and address the protesting students.

Police, however, said there is no permission for Kanahiya Kumar's visit and the meeting.