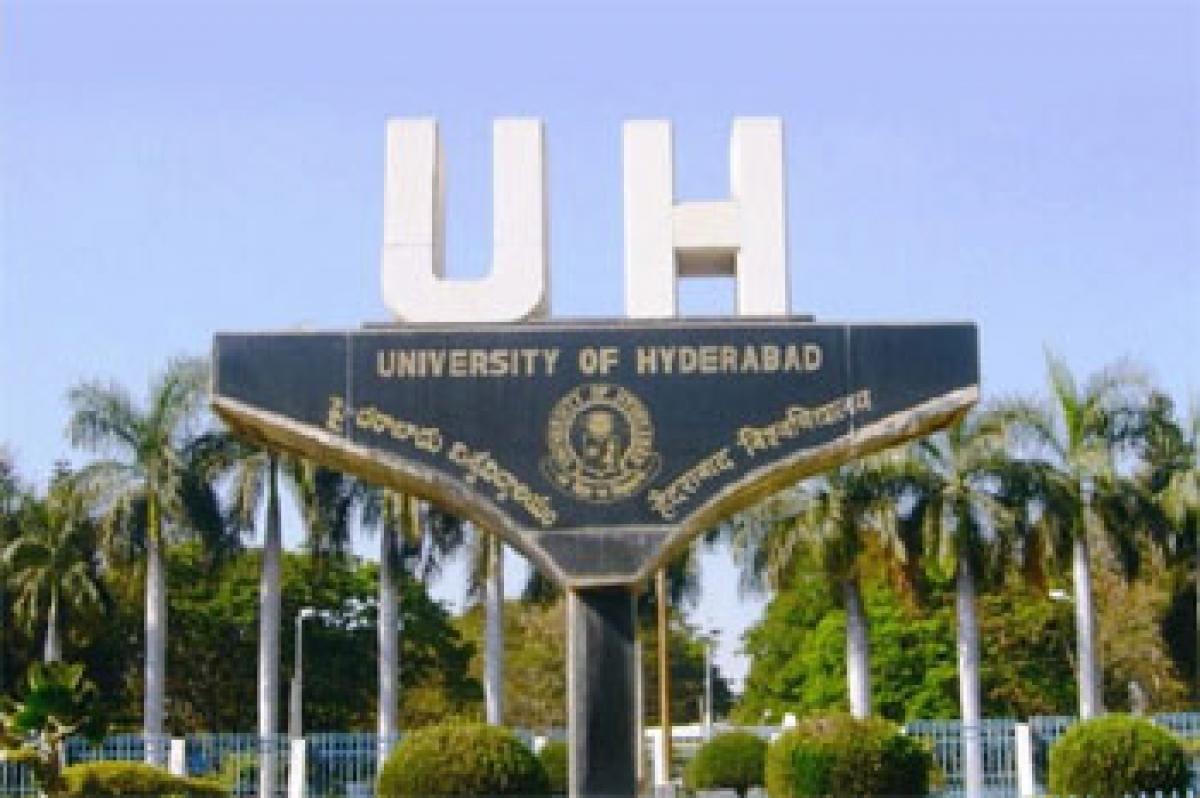 A day after resumption of duty by Vice Chancellor Appa Rao Podile, varsity authorities barred outsiders including student and political leaders and even media from entering the campus. The classes were suspended for four days from March 23 to 26.

Hyderabad: A day after resumption of duty by Vice Chancellor Appa Rao Podile, varsity authorities barred outsiders including student and political leaders and even media from entering the campus. The classes were suspended for four days from March 23 to 26.

Additional forces were deployed on the campus as a precautionary measure and pickets were set up around the VC’s official residence. The security was increased following Tuesday’s incident, where a group of students who objected to the return of the VC vandalised the residence by smashing window panes, breaking the doors and television set amongst other furniture.

During a meeting convened by the VC on Wednesday, faculty members condemned the false propaganda of branding the teachers as ‘casteist.’ They blamed a ‘handful’ of teachers and students for ‘tarnishing’ the image of the university. Meanwhile, the group of students who are against the VC’s reinstatement condemned the lathi charge by police and also alleged ‘sexual assault’ on some students.

The Joint Action Committee for Social Justice alleged that a situation like emergency was imposed on the entire campus with the authorities shutting down mess, water and Wi-Fi connection. They alleged that paramilitary forces assaulted students and teachers by branding the agitating students as ‘anti-nationals’ and threatened to file sedition charges similar to JNU students.

"Women students were beaten and grabbed by male police officers. After the forcible eviction from the lodge compound, police chased us for another two kilometre and arrested students. Several students suffered injuries and were taken to hospitals," said a statement released by the JAC. According to the JAC, the phones of several students were confiscated while they were video recording the brutality.

It said 36 students including three professors were picked up, beaten up in a police van and detained at unknown locations all night. The JAC alleged that Appa Rao had provided the list of students and professors to be picked up. It alleged that Appa Rao conspired with the ABVP students, a section of the faculty and non-teaching staff to return to the university and resume duties as the Vice Chancellor.

Meanwhile, agencies reported that 25 students and two faculty members of Hyderabad Central University were arrested on Wednesday in connection with incidents of ransacking of the VC's lodge and stone pelting on police personnel. According to Gachibowli police Inspector J Ramesh, so far two cases have been booked on charges of damage to public property, trespassing and preventing government officials from performing their duties and other relevant sections of IPC in connection with Tuesday's incidents.

"Twenty seven persons were arrested in connection with both the incidents i.e. 25 students and two faculty members," Ramesh said and added, "All the accused would to be produced in a court". National Students Union of India President Roji M John in statement alleged that the protesting students have been taken to unknown locations by the police and are not traceable.

"Our fight will not stop till our demands are met. HRD Minister Smriti Irani, Minister Bandaru Dattatreya and VC Prof Appa Rao should be punished for Rohith's death. We demand the immediate arrest of Prof Appa Rao who has been booked under the SC/ST Atrocities Act. We will continue till a Rohith Law is enacted," he said.

As dining halls in the HCU remain closed due to the strike by the non-teaching staff, students began to cook in the open area. "By denying drinking water, food, disconnecting internet and keeping the media out, the government is playing dirty politics on the campus. This behaviour of the government is reflecting its inhuman, violent and fascist face," the NSUI leader said.