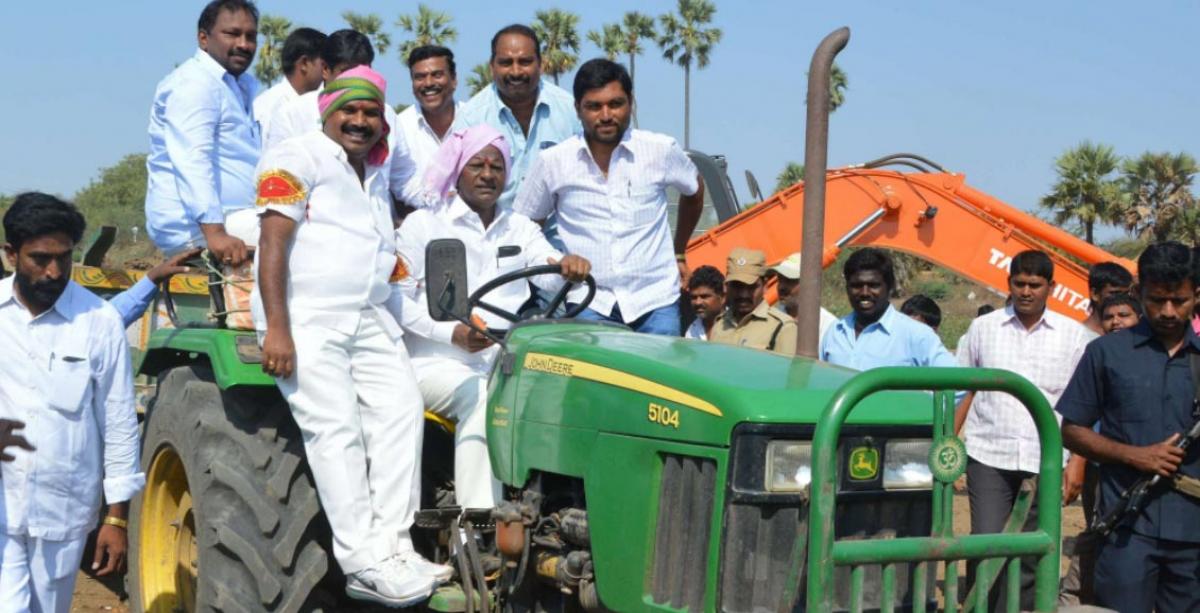 The works in this connection would begin in four days time, he said. The Deputy CM launched Mission Kakatiya works at Tipparonikunta tank at of Timmapur village under the corporation limits on Thursday. Speaking on the occasion, he said Devadula distribution canal would be extended to Tipparonikunta to fill the tank.

Srihari said that Mission Kakatiya which was taken up for the welfare of farming community and villagers has been gaining popularity at international level. Under the programme 1,075 tanks in first phase and 1,268 tanks in second phase would be restored. After completion of the tanks restoration, nearly 20 lakh acres in the district could be irrigated, he added.

Efforts were being made to implement MNREGS works in 42 villages that were merged with GWMC. Following the merger the residents in the villages have lost chance make use of the programme. The issue was taken to the notice of Chief Minister K Chandrashekar Rao. Wardhannapet MLA A Ramesh has appealed the officials to initiate measures to protect Tipparonikunta tank from encroachments by setting up boundaries around the tank.