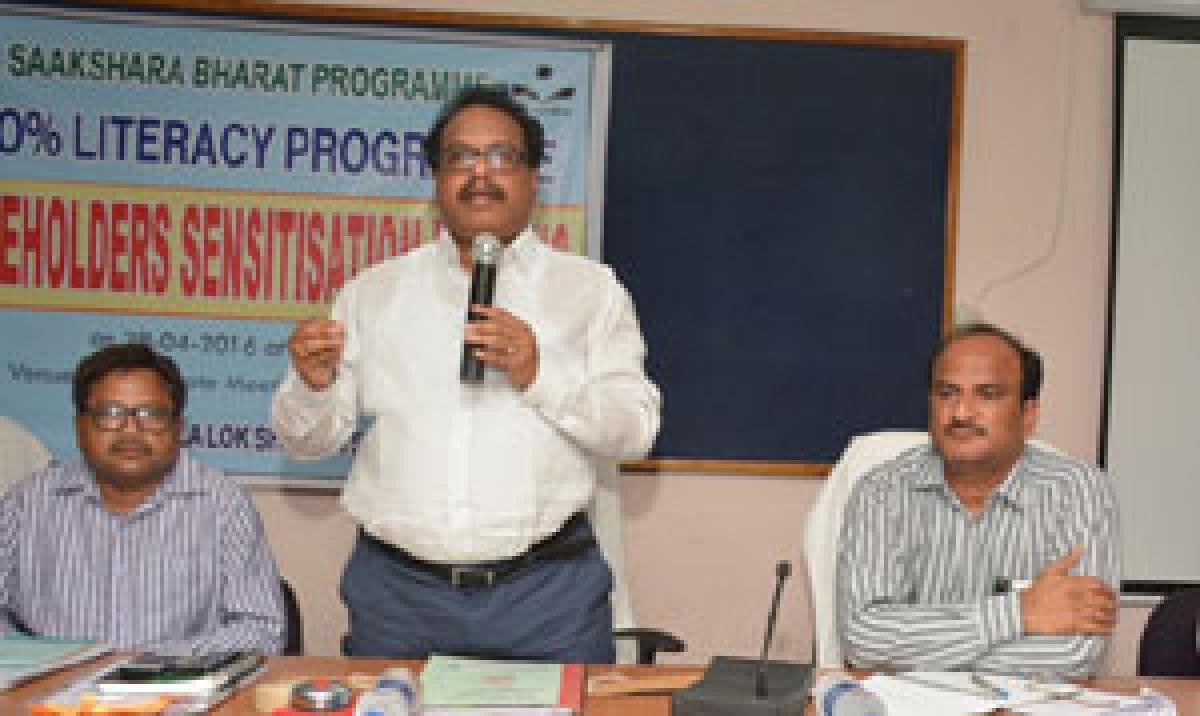 He explained them the ways to achieve the required output in scheduled 100 days time.

Nalgonda: The officials of Education department and representatives of NGOs were told to endeavor to achieve 100 per cent literacy in 100 days.
Additional Joint Collector (AJC) S Venkat Rao directed them during a meeting at the Collector meeting hall here on Thursday.
Referring to the State government’s ‘Mission Aksharasyatha’ to achieve 100 per cent literacy in hundred days, he directed the officials to educate 3,41,658 persons, aged between 18 to 35 year in the first phase and also 1,73,521 persons, between the age group of 36 to 50 years in the second phase in the district. The officials were suggested to focus on self-help groups, NREGS job card holders, SC and ST areas.
According to the AJC, the first phase of literacy programme will be held between May first week and August. The second phase will be conducted between October and December.
He explained them the ways to achieve the required output in scheduled 100 days time.
Adult Education Department Officer Chandra Shekar, RVM PO Kiran Kumar, STEP CEO Venu Gopal Rao and others participated attended the meeting.