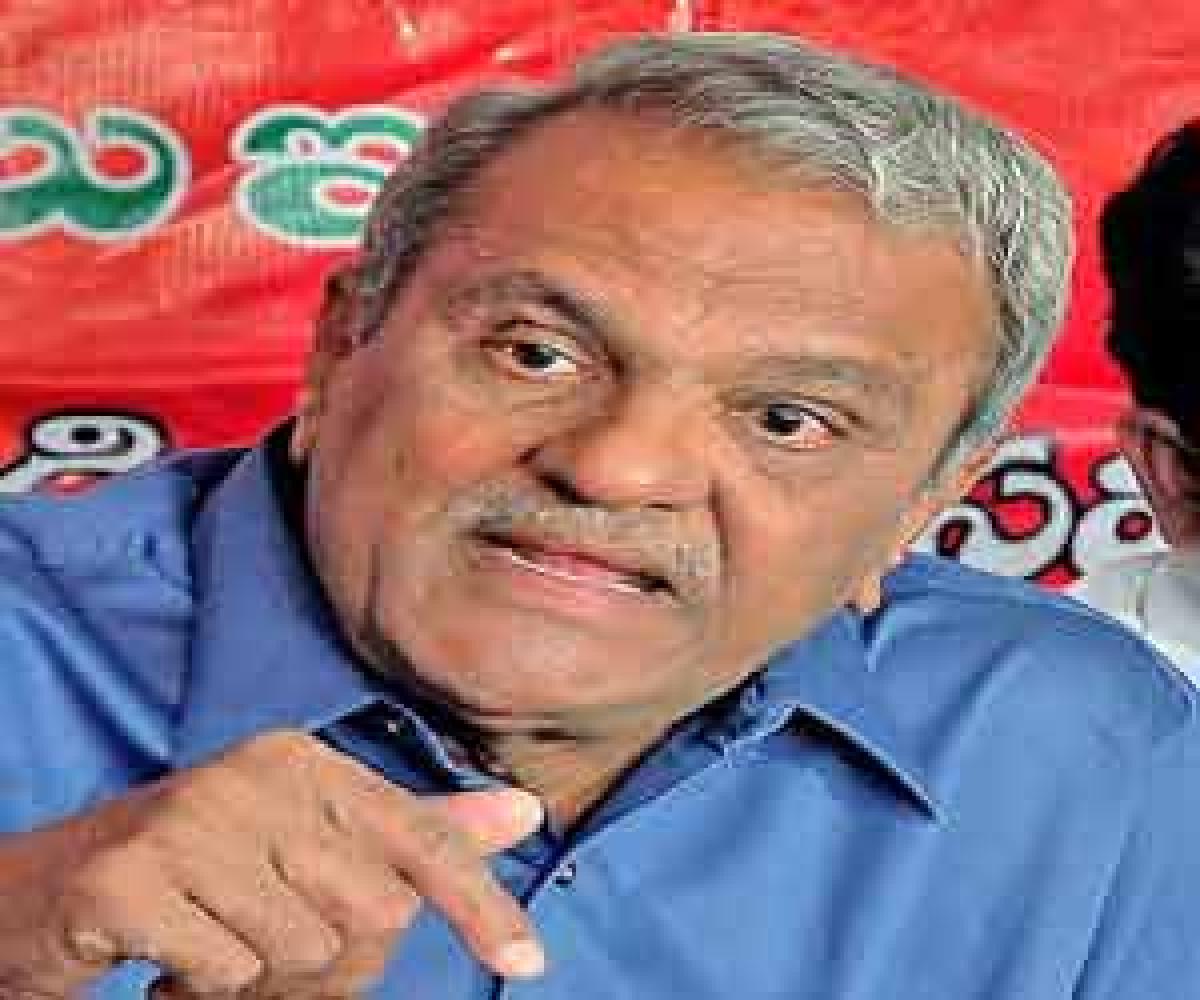 CPI National Secretary Dr K Narayana said that except for Assam, the BJP failed to get the support of people in the five States for which the election results were declared.

​Hyderabad: CPI National Secretary Dr K Narayana said that except for Assam, the BJP failed to get the support of people in the five States for which the election results were declared.

Addressing the media along with State CPI Secretary Chada Venkat Reddy at Makhdoom Bhavan, Narayana said the failures of Congress helped the BJP win the Assam elections. Though victory and defeat are common, the BJP failed in other four States due to its lopsided and pro-corporate policies, said Narayana.

Narayana said that the CPI National Executive meeting will take stock of the election results and announce its future plans. He said the Left parties would have to unite in order to wage a protracted struggle on people’s issues.

He also flayed the remarks made by Telangana Chief Minister K Chandrashekar Rao (KCR) that defamation cases would be filed against the Opposition if they continue to make baseless allegations against the government. “We are not afraid of such cases and will continue to fight for people and against corruption”, he noted.

Chada Venkat Reddy also condemned KCR’s comments which he said were unbecoming of a Chief Minister. He alleged that the TRS won the Palair by poll through misusing official machinery and distribution of money.

“KCR is diverting the issue of drought problem in the State by bringing to the fore the issue of increasing the number of districts to 25 from 10,” said Venkat Reddy.

He warned against the government stifling their voices and said the Left Parties would not tolerate neglect of the welfare of the kin of martyrs, by the government and of those who had fought for the statehood of Telangana.